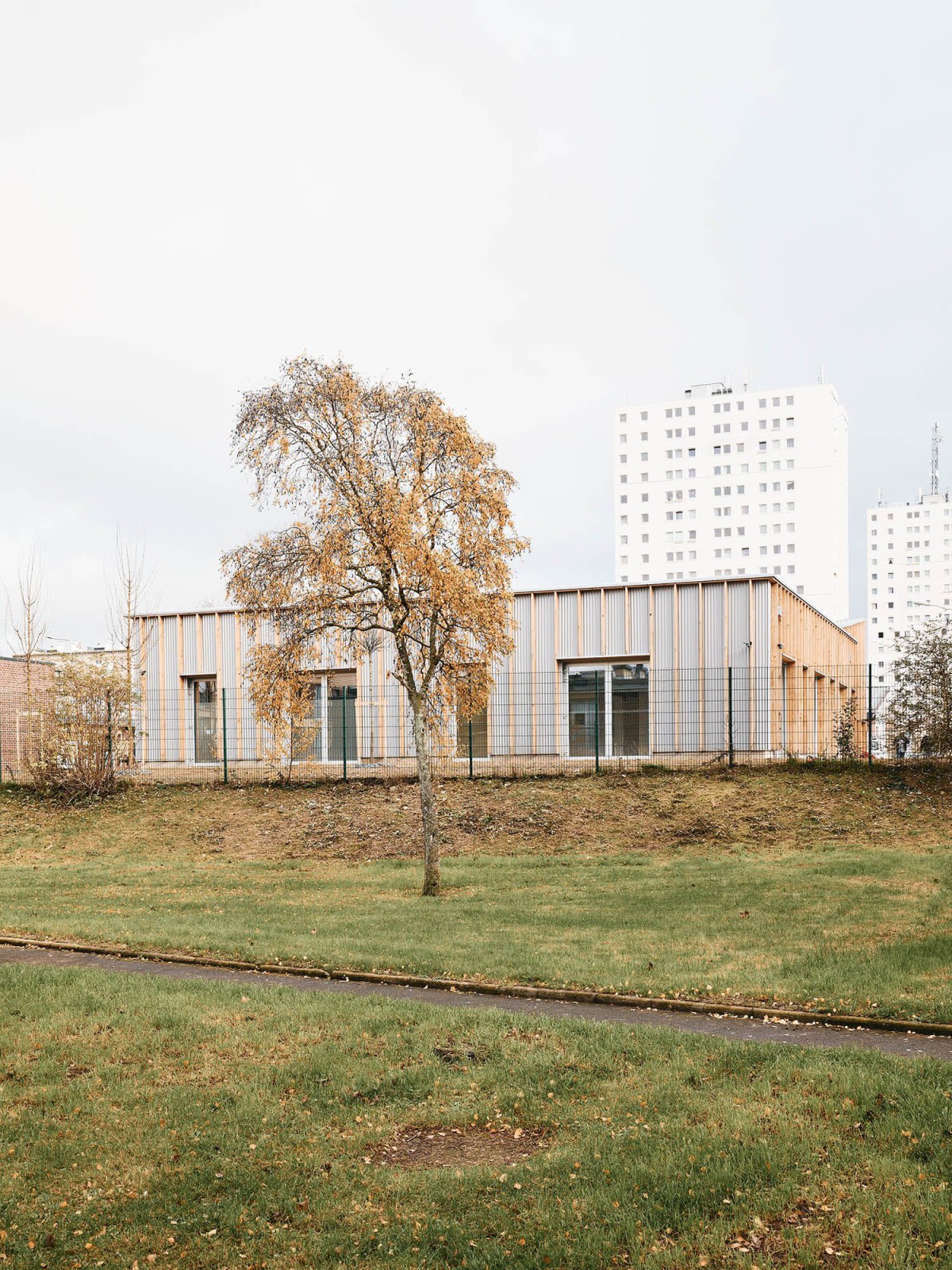 Amiens’s town hall wants to construct a new building for the ALCO non-profit organization. ALCO is a community base association that dedicates to support precarious families in need of cohesion and empowerment. It provides the community a multiplicity of activities from educational media, plastic art, theater, poetry, to social mediation in a multiethnic neighborhood. ALCO is an organization, as it is a place for the community to gather, share and bond in a proactive environment.

The town hall made available a site at the heart of the neighborhood school campus, which included buildings from primary school, to middle school, sports hall, soccer field and small concert hall – theater. It was a strategic position within the community for the ALCO to come and be part of the social existing network.

To construct a building in the middle of a campus posed a great challenge in terms of its visibility and identity. The specificity of the site (narrow, lack of street visibility), and the multiplicity of its programmatic character trigger the idea of working with the duality of the generic and specific. The generic meant that we had to include change and evolution on the construction system to allow the workshop spaces to evolve over time. The specific had to incorporate a mode of representation that allow the building to be recognized as a community center – ALCO – as to overcome its lack of visual street presence.

The project then spins as a generic box that transforms towards the specific, from box to a deformed box. The generosity created by manipulating the box towards the small square in front of the building, allowed to nest the more public activities in the direct contact with the public space (reception hall, meeting room, community kitchen, library, etc…). The reception area then connects the public with the more private spaces of the building, where workshop and administration wings are located.

The construction method is a wood column / beam structure, which allows a great amount of flexibility within the building. The building is read as a mass punctuated by generous rhythmic fenestration. The cladding plays with the perception of the building as it is seen mostly from an angle from the public space, except seen by the school. The wooden fins combined with the metal sheet cladding produces a dual kind of reading, an effect cinetique develops. From an angle, it provides a sensation of softness, warmness, and naturalness, contrary that when it is seen from the front. So the building becomes a mix of doubles: double identity, double color, double texture, double form, double image which resonates and reflects its environments. The envelope then expresses the multiplicity of identities that characterizes the content – ALCO.
_