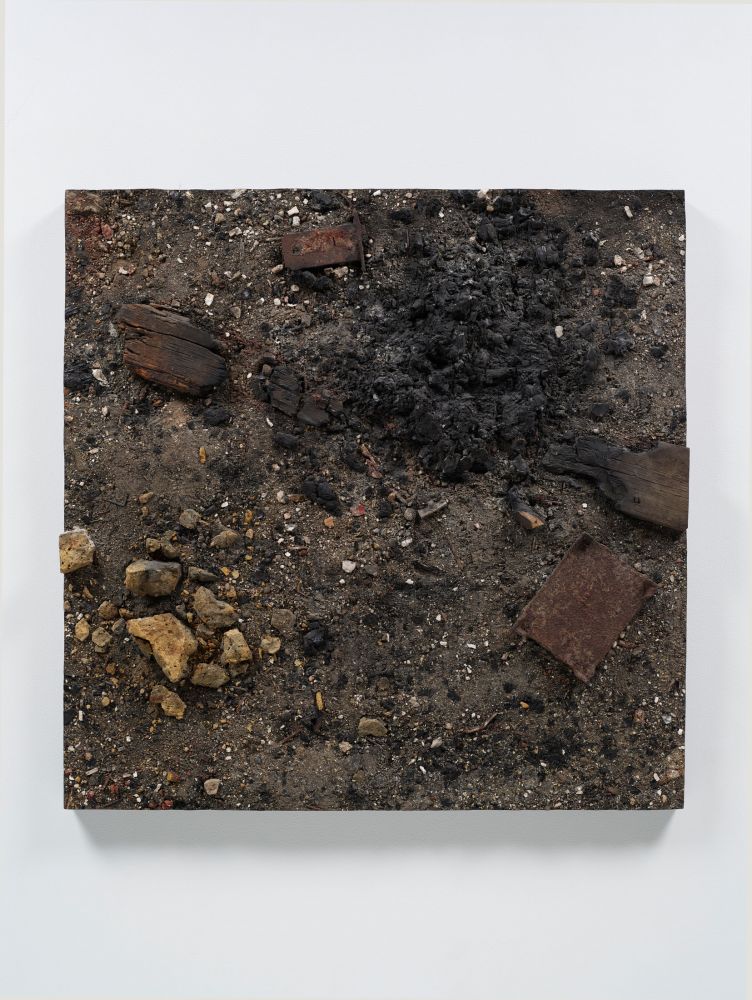 The 14 earthprobes that comprise the series are an examination of the ever-changing physical relationship between sand and water. While Camber Sands was selected specifically to observe and present its unique topography, most of the locations for the earthprobes were chosen at random. It was important to Boyle Family’s philosophy that the selection was made free of the artists’ subjective decision-making to ensure that their work followed a non-exclusionary ethic, and that no subject should be privileged over another. Sites were thus often selected through a randomized process in which darts were blindly thrown onto maps; these chance points became the locations where Boyle Family would make most of the earthprobes and related works.
Luhring Augustine
_