Allegory against the standard II . Bilbao 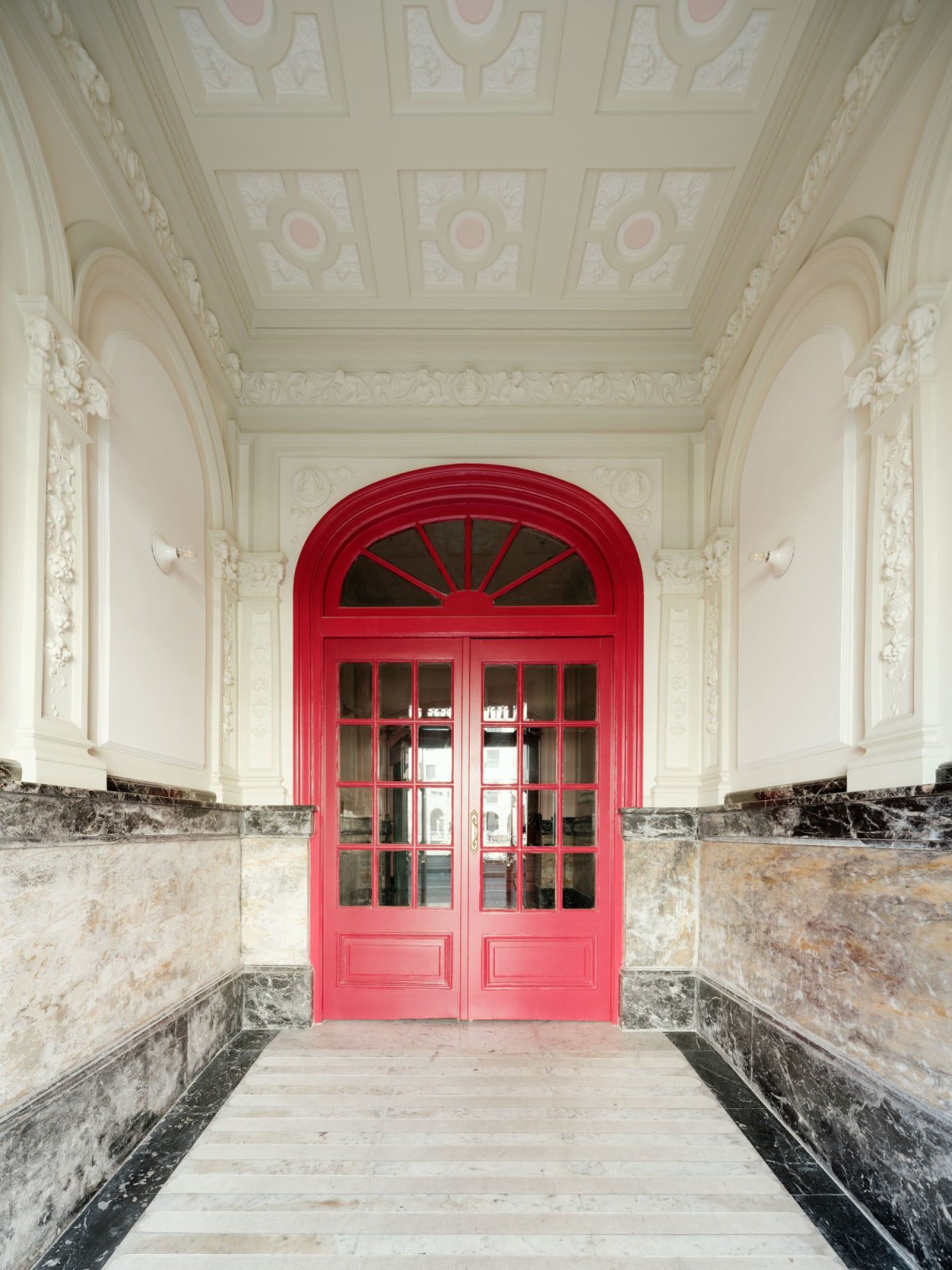 Located on the perimeter of the old town of Bilbao, behind its noble theater, the portal of a building from the early twentieth century remains hidden and distorted under successive layers of reforms, patches and emergencies.
Again a small task, without too many requirements, or great demands. A work from which little is expected and from which it is easy to get bounced. Why not flip the nitty-gritty and explore how to rehabilitate without barely touching?

A careful journey is proposed, which explores the epidermal, identifying potential virtues and from its precise knowledge unfolds a color palette that embraces the pre-existence, envelops it and enhances it. This tonal composition is completed with a set of vaults that rescues the low staircase and a new lighting. The latter, from the repetition of simple elements either on the wall or on the ceiling, completes the atmosphere by staining it with theatrical winks.

And it is that the proposal is that … color and little else.
_