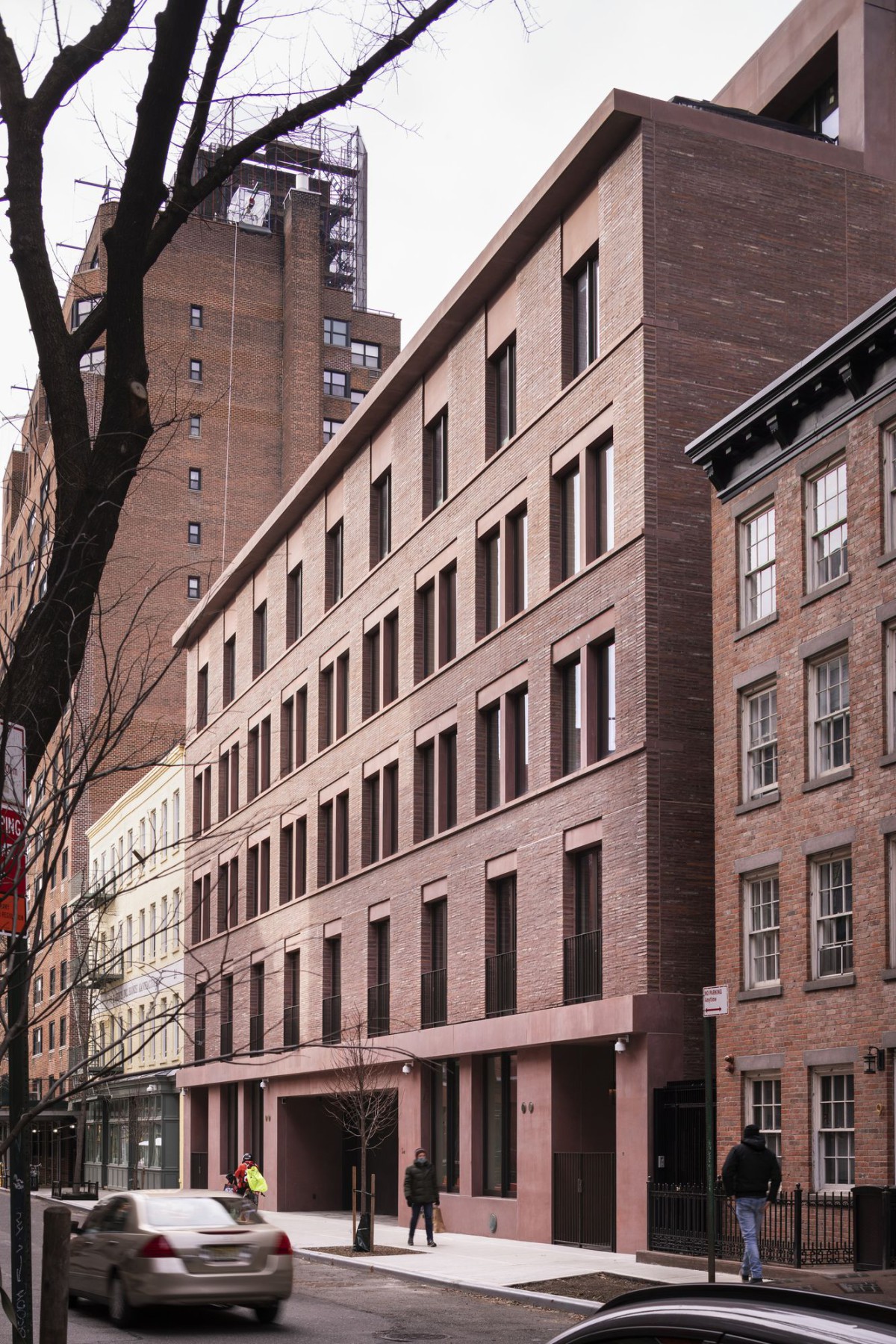 On the north-western edge of the Greenwich Village Historic District, Jane Street is characterised by a mix of red brick townhouses and larger apartment blocks, mainly dating from the nineteenth and twentieth centuries respectively. This new apartment building is located on a site previously occupied by a 1920s, two-storey parking garage. The six-storey building comprises basement parking, duplex townhouses, lateral apartments, and a penthouse with its own roof garden. Mediating between the different sizes of the surrounding structures, the inserted volume both respects the scale of the street and reflects its architectural context.

The five storeys that can be seen from street level offer a contemporary interpretation of the surrounding brick townhouses, with a distinct articulation of base, middle and crown. The scale of the entrances as well as the rhythm of the windows, combined with the use of mullions and string courses, reference the rich domestic architecture of the West Village. Local context is also referenced through the colours and materials of the façades.

The building has a symmetrical composition, with the townhouse entrances recessed at either end of the ground floor. In the centre is the larger double entrance for the apartments and the garage. The windows differ in design for each element of the residential scheme. The two-storey townhouses, for example, have balconied French windows, while the lateral apartments on the two storeys above have broader openings divided by concrete mullions. The penthouse at the top, with its higher ceilings, is set back from the street. It can be read as a simple post and beam structure, framing large windows that overlook a private garden.

Red pigmented concrete is used for the ground floor giving it a strong sculptural presence. The upper storeys are clad in Roman brick, with string courses, lintels and mullions in the same red concrete, providing subtle colour variations throughout. The street front is crowned by a projecting cornice, which echoes the projecting string course between ground and first floors and gives extra shadow and articulation to the façade. The structure of the penthouse also uses red concrete.

Restrained but solid materials are used throughout, with bronze railings and window and door frames outside and terrazzo floors in the communal areas. The townhouses and apartments feature Carrara marble and natural oak floors. The roof terrace and a rear garden are designed by Belgian landscape architect Peter Wirtz ensuring that all apartments have a connection to nature.
_