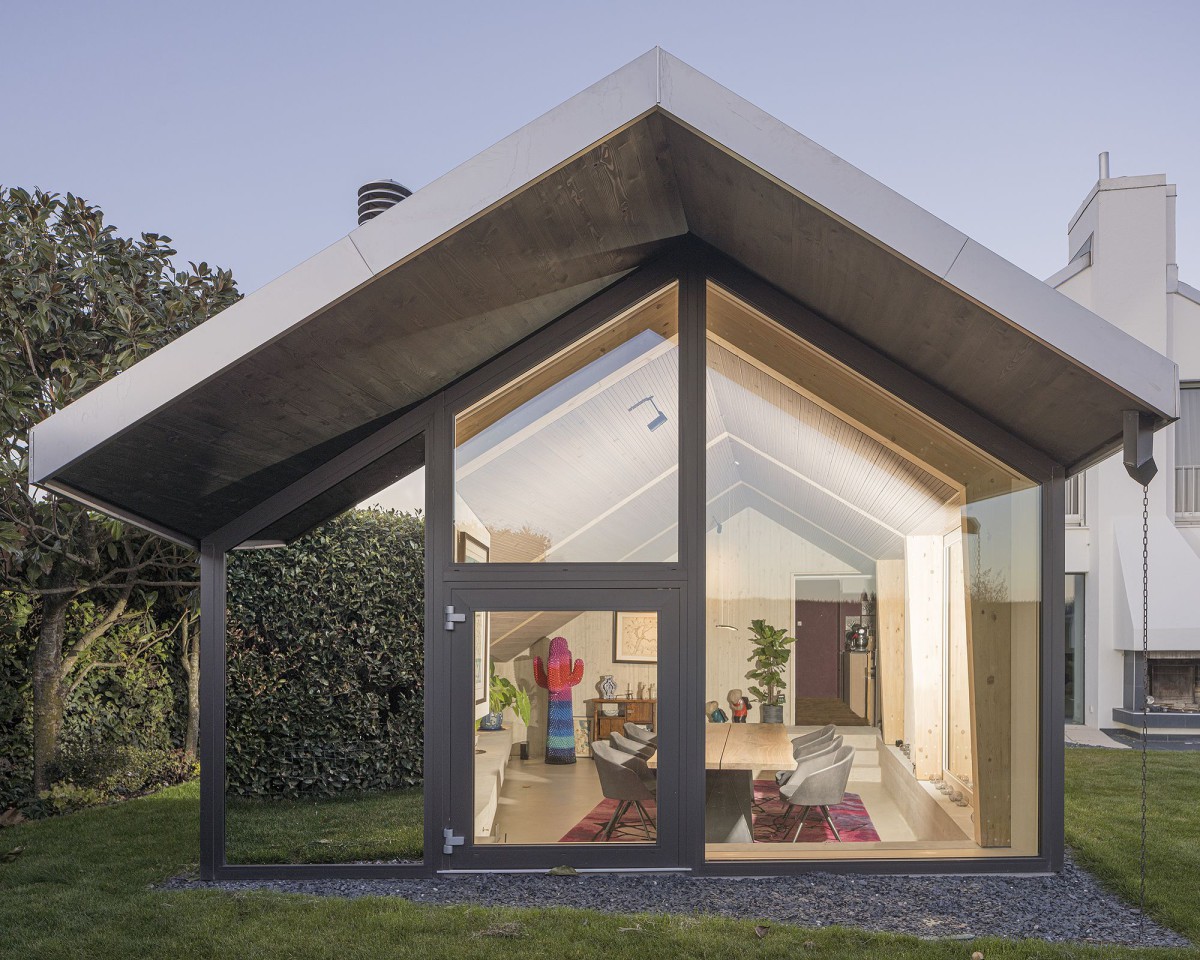 MABO is a project for the extension of a villa in Nyon, a few kilometers away from Geneva. It’s been designed to host cosy dinners, paintings, plants and flowers.

It works as a peninsula, an almost interdependent pavilion, connected to an existing house thought a narrow passage.

It’s forms and de-formations are the result of reactions to the local regulations and to the site characteristics. The south facade is the bigger one and opens to a garden of which this volume occupies the Northern extremity. The North and the West facades adapt to the forms of the property. Hedges and plantations are all around.

The vegetation is mirrored and multiplied by the steel, by the glass and… by the mirrors on the facade. We wanted to make the experience of walking around the construction a bit more deep and why not, a bit more Magritte.

Structurally, the project can be described as a CLT roof and 3 wooden arches loaded on a concrete body composed of a wall and a fireplace. The materials are all exposed, only the wood ceiling have been slightly darkened so to match our sensibilities.

The concrete parts have been shaped so to make the 34m2 of this one room as comfy as possible. Designed to enjoy convivial times, we thought at those informal moments that happen before and after the supper. A fireplace is connected to a large bench, which is continued by a wall who’s vertical formwork functions as a neutral display for the owner’s paintings collection.

We tried to work carefully on unity, integration and on the connections between the parts that compose the space.

Finally, the roof inclinations play also an important role to define the perception of the space. It brings the ceiling very low on one side and very high over the table area bringing the ceremony where it needs to be. Together with a floor that lies 46cm into the terrain, so to match the height of the sittings to the level of the grass, it guides the guests in this plastic space.
_

PROJECT MABO
by Concrete and the Woods Architects.
Built in 2020 in Nyon, Switzerland.