Semi-detached house with a round window . Munich 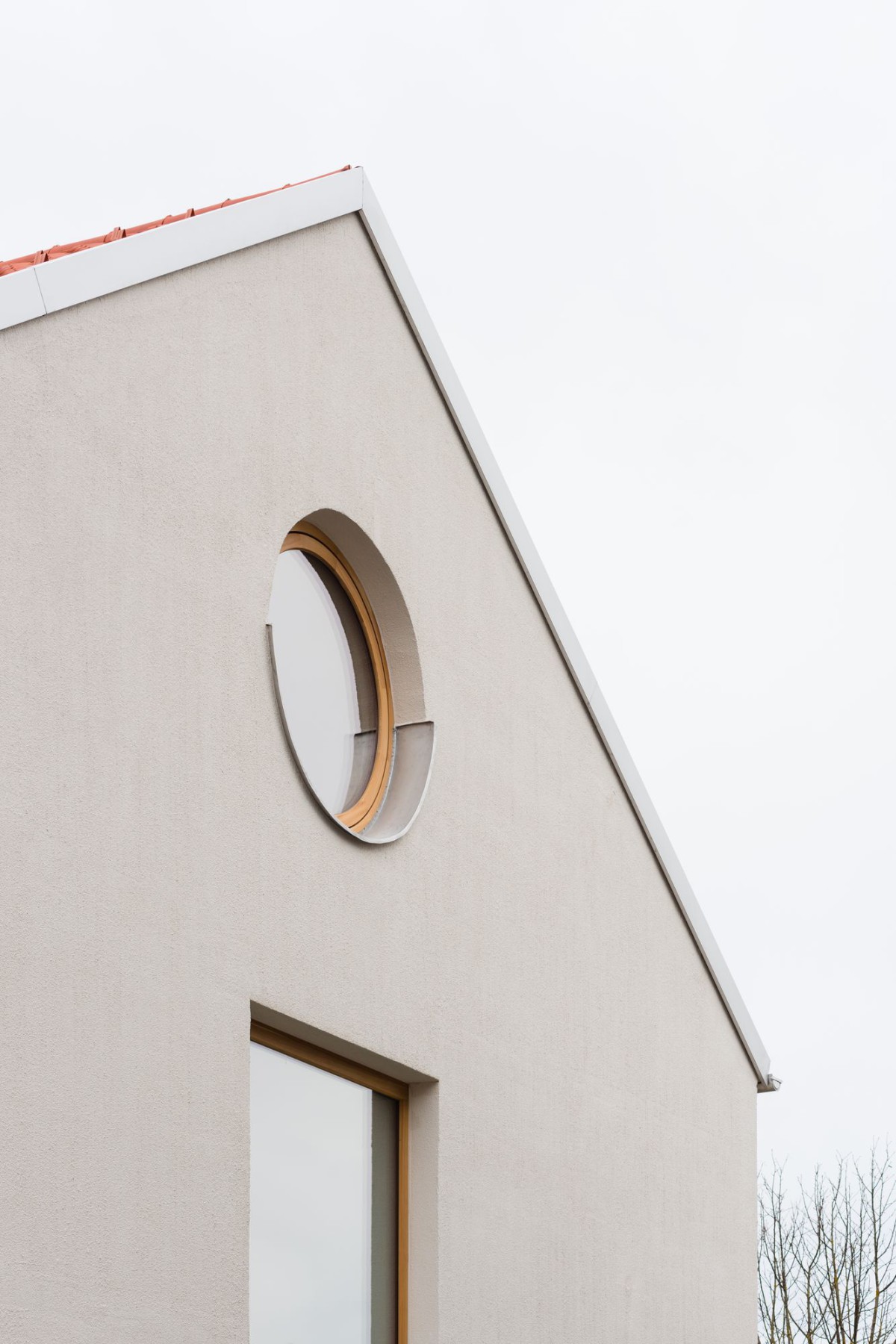 This semi-detached house with a round window and a gable roof lies in a new housing estate in the suburbs of Munich.
Its rigorous symmetric structure allows an optimized utilization of the few space within the three-storey house. The entrance is located in the middleaxis, followed by an air space which connects the upper floor with the groundfloor. The staircase is situated in the same alignment. The massive body of exposed concrete, inwhich the stairs seem to be subtracted, acts as stiffening core.

On the groundfloor the internal corridor opens up to the living room to the west and the kitchen and dining to the east, creating an inner enfilade. On the first floor the symmetrical shape turns into a cross-shaped division that accomodates two children rooms, a big bathroom and workspace. On the
roof floor the distribution space turns into an open circulation of the parents realm: a bathroom, a small retreat and a bedroom located under the ridge and lightened by a big round window.

The absence of thresholds in the floor of wooden boards provides an open circulation between the rooms. Also the ceiling of exposed concrete is continuous, whereby the individual rooms appear like white cubes set into a vast envelope. Due to the air space the floors are vertically connected and children can observe what´s going on through their inner window above the entrance. A window above the main door enlightens the center of the house. The interior is thought out till the hidden lamp on the stairway and the sculptural body of the chimney that devolves into a seating area.

The puristic but warm materialization creates a spacious feeling within the modest construction. Individual carpenter works impart uniqueness to the prototype-like structure. Its design differs from its prefabricated anthracit neighbour buildings by its large-sized wooden windows, the reduced roof overhang and the fine stucco which create a calm expression.
_

FAM Architekten
in collaboration with Maren Weitz
Semi-detached house with a round window
2020
Photos: Boo Yeah