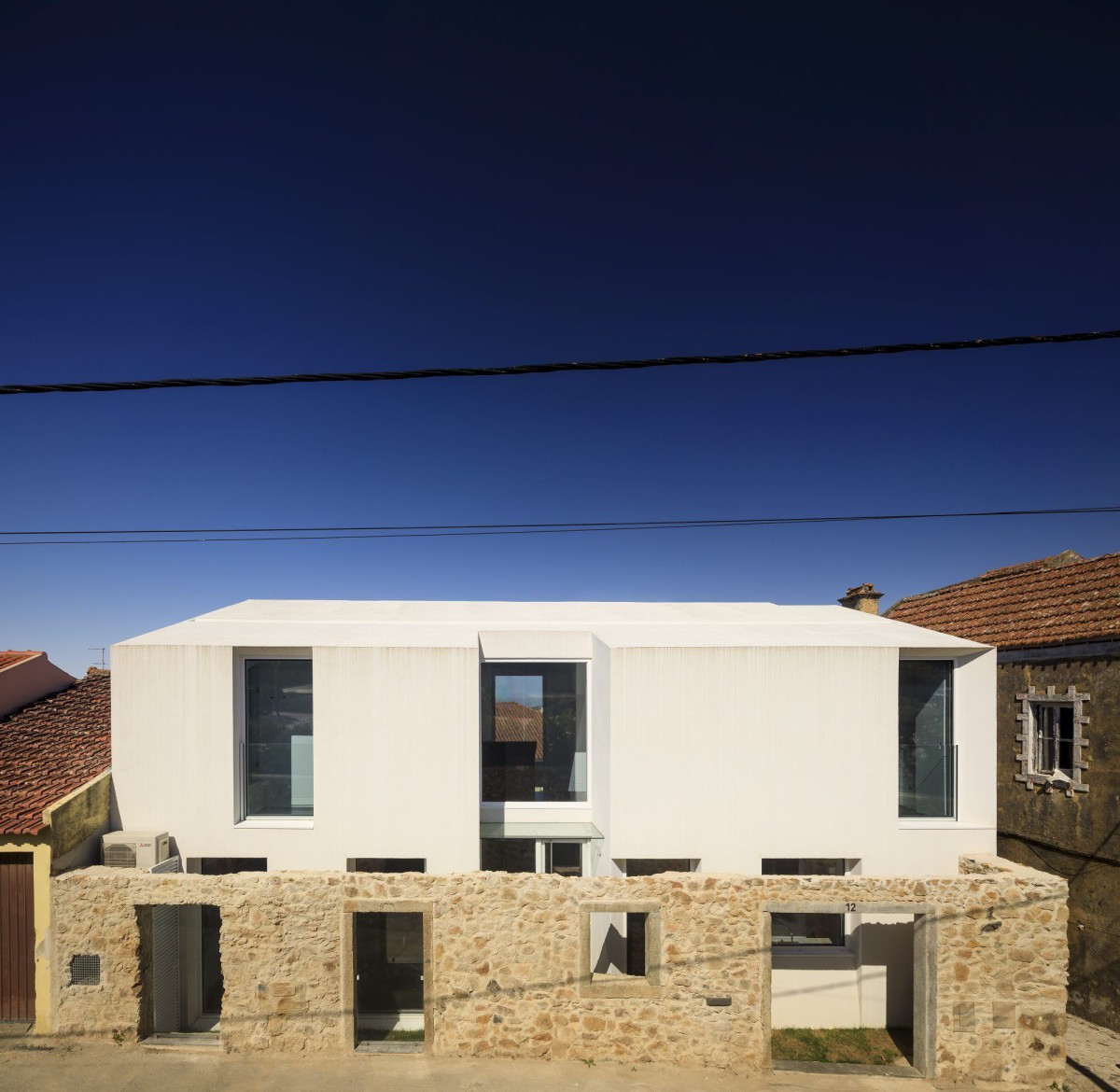 The Mafra House, located by the Palácio Nacional de Mafra, a national monument better known by the contiguous Convent of Franciscan friars, is a project that has created a singular mix of forces between the past and the present.

To be fully accomplished, the project considered aspects such as the palace’s proximity and the heterogeneous buildings that surrounds the house, as well as the ruined façade of the old house, a key element in the architectural development.

The central idea was to take advantage of the ruined pre-existing façade; a façade which, when recovered, visually highlighted the new house. The goal was to find an equilibrium, given the diversity of the houses in the surrounding area and the proximity to the national monument.

Built from scratch, the Mafra House appears recessed inside the plot and detached from the ruined façade, emerging a space between the two façades in which the old construction highlights and values the house itself.

The house is a single volume, totally in white colour and robust in appearance with gable roof and three patios, one patio per elevation that softens the solid house appearance by introducing rhythms to the construction through the visible recesses in the elevation planes which allowed the opening of sheltered windows from the outside.

The main entrance is made through an antechamber, which mediates the new and the old façades. This part of the house is the most singular for its visual interest, introducing, at the same time, more security to its residents in a street where there is no sidewalk.

Although placed in a diversified architectural context, there is a common feature to almost all the houses, which is the presence of the two floors above the threshold, a characteristic that this project respected, having been added a subbasement with garage, only possible by lowering the entire plot at the back allowing the introduction of windows open over the access ramp to the garage. The design of this ramp also includes a recess in the north façade, at the ground-floor level, widening the adjacent street to allow car access to the garage. On the first level, the floor plan also occupies this void, thus resulting in a console area.

The nearby wall of Tapada de Mafra, served as a source of inspiration and an opportunity since it creates a perfect harmony with the refurbished old façade. To achieve this goal, the façade went through a make-up in which the stonework was restored, remaining visible the secular masonry.

The main concern in developing this project was to create a house with contemporary lines, functionally and visually fitted into the architectural surroundings, with the old façade leading to the imaginary of traditional houses.
_