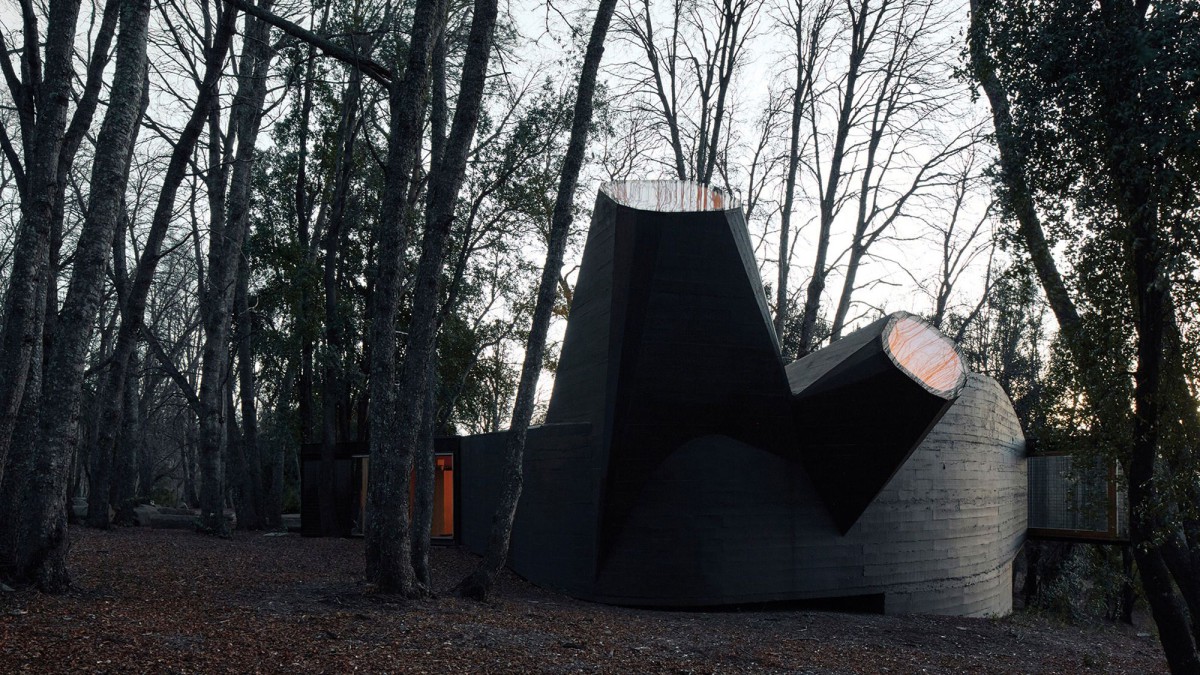 Moving between Smiljan Radic’s native Chile – specifically his Santiago studio and The Right Angle House, a black concrete structure which he designed and built in Vilches – and the Alexander McQueen London flagship store in Old Bond Street, and which was the first to showcase the collaboration, the film sheds new light on the thinking behind it.

The guiding principle is to redefine the notion of luxury, drawing on the beauty of natural materials and the values of fine craftsmanship and technological innovation that the house of Alexander McQueen represents. Having never worked on a retail project until now, see how Smiljan Radic, his wife, the sculptor Marcela Correa and Sarah Burton bring the new Alexander McQueen retail concept to life.