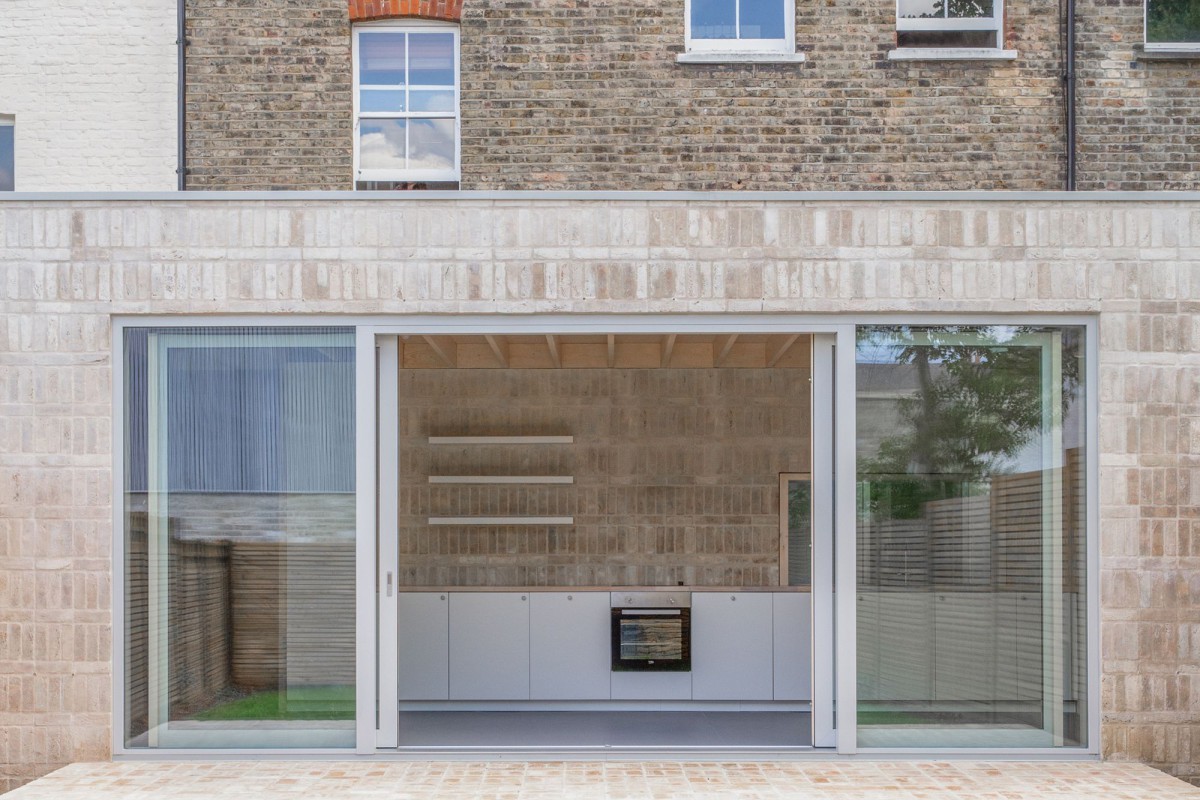 Occupying the ground floor of an Edwardian Terrace in the Highgate conservation area, this project reworks and expands the footprint and volume of what was originally a small one bedroom flat.

Investigation beyond the original floor and ceiling revealed a series of underutilised voids, allowing the section to expand to incorporate new levels, doubling the original accommodation. Bedrooms and a mezzanine are organised around a new brick lined light well, and borrow a view through the adjacent living area to the garden beyond.

Spaces within the original Edwardian envelope are finished in painted plaster and a new volume at the rear containing the living space is made from load bearing face brickwork with simply expressed softwood roof structure. A new continuous floor slab, five steps lower than the original floor level, provides a direct connection to a large garden. New softwood carpentry was made and finished on site and cabinetry is straight forward and economical.

Although calm and direct in its expression, there is an unexpected level of invention that provides essential character and joy beyond the everyday.
_