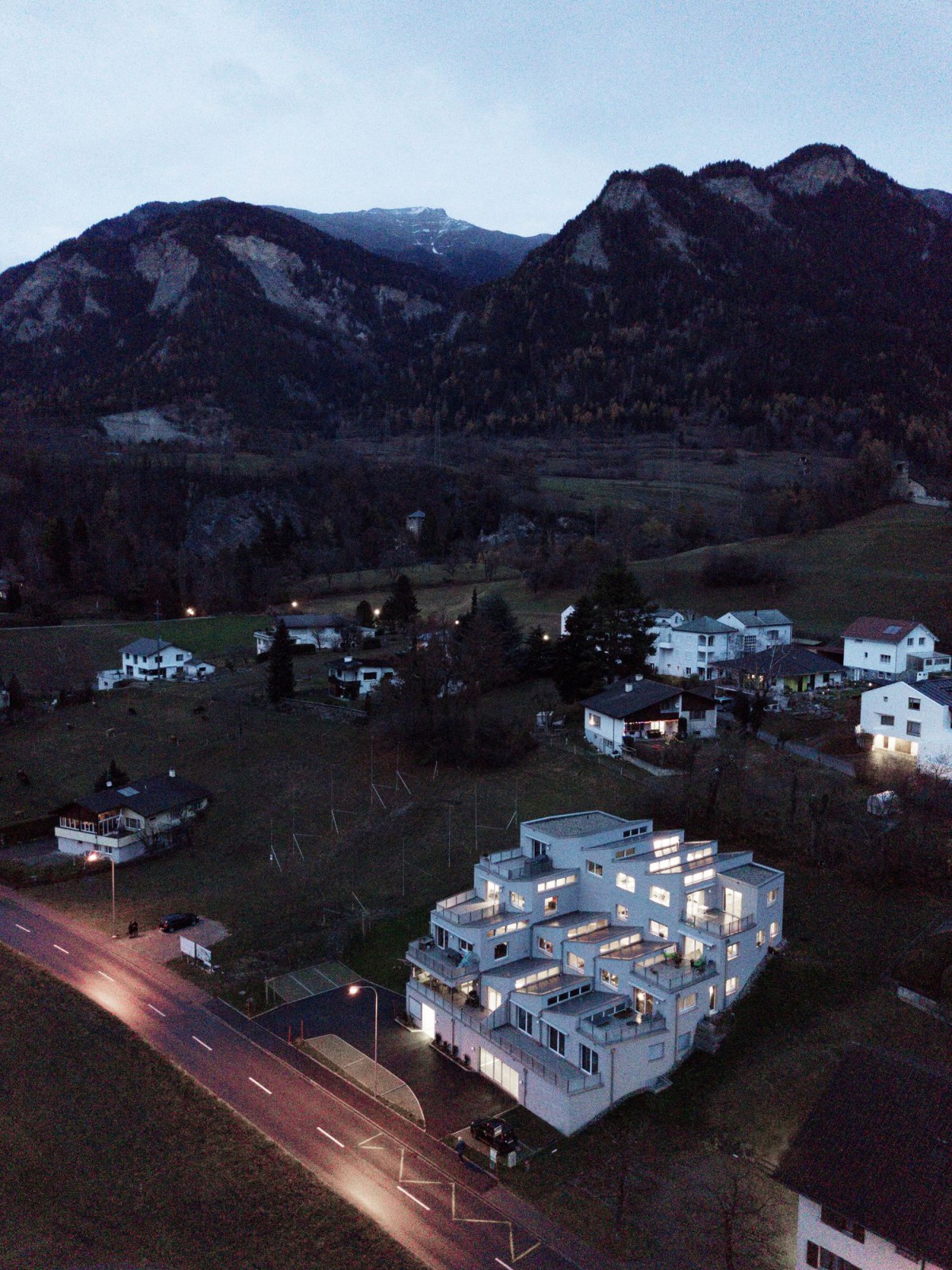 It started with the site – an steep plot just outside the village of Sils im Domleschg. a field named prolung since medieval times, with a wide open view of the fields and the surrounding mountain ranges and lots of sun until sunset. On the other side of the valley, plenty of new and rather stereotype apartment blocks were under construction. For the village of Sils i.D. this was not an option.

A conversation in 2015 in the local restaurant lead to broader discussions, sketches and letters between possible residents and the architects. It became clear, that even though single family houses were readily available, there was a lack of living space for the ageing part of the population, that wanted to stay in their hometown. They wanted a feeling of belonging, but no more stairs, no more garden, no more snowshovelling. Not luxury was the priority but the feeling of an individual dwelling at an affordable price.

After a year, a building company joined the team, and slowly a project emerged – and even though it was drawn by the architects, it was visibly shaped by the future inhabitants and the local building regulations. The first building was completed in 2018, the owner of the local restaurant being one of the inhabitants and good friends with all the other local buyers. A landscape of industrial roofs brings light and space deep into the building and fulfills the local building regulation for a pitched roof. The stepped volumes offer each apartment a spacious terrace and its own roof. In 2020 the construction of the second building began, with a new set of excited owners waiting to move in before christmas next year.
_