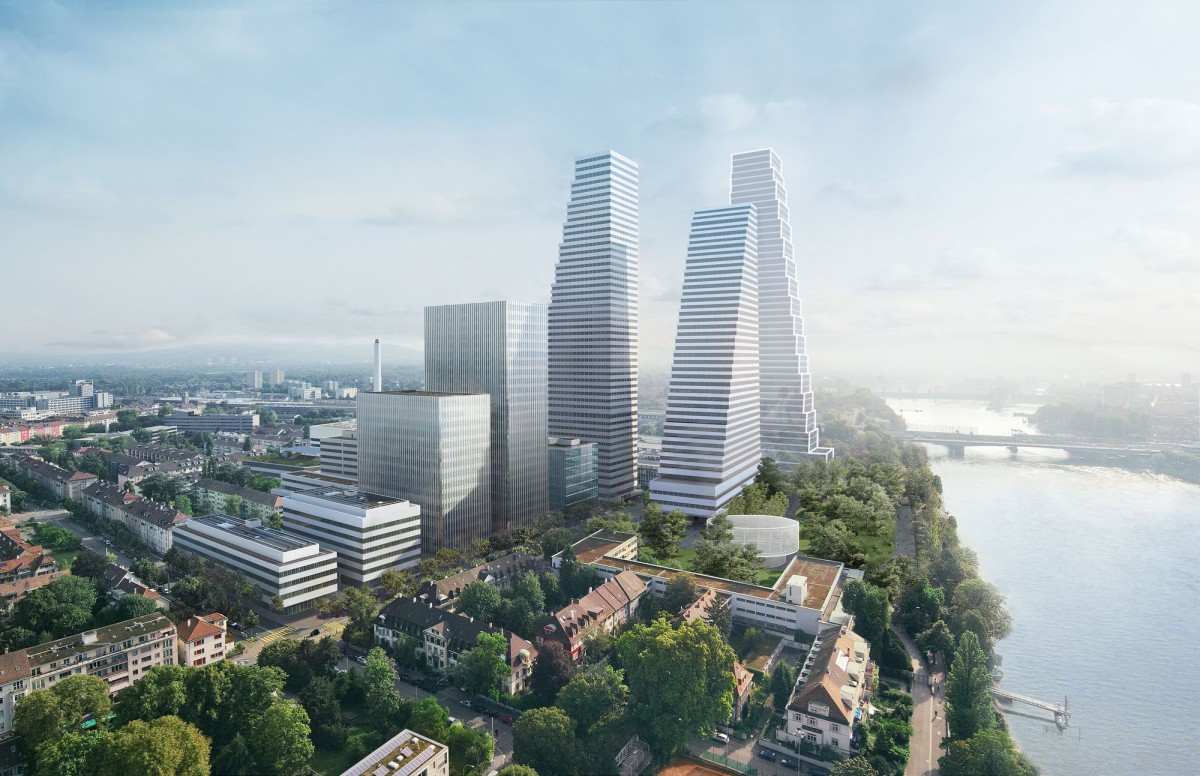 Announced a further development to the redesign of Basel Site. With the proposed move into the new pharmaceutical Research and Early Development center on the northern plot in 2023, the currently occupied offices and laboratory buildings – which no longer meet the company’s needs – will lie vacant and, therefore, create new potential for future use of the area along the Rhine.

The updated plan for the southern plot envisions a generous green open space, extending along the stretch of the riverbank, while enhancing the site’s newfound potential with a reception building and an office tower. The height and shape of the new office tower is based on Roche Building 1, completed in 2015, and Roche Building 2, currently under construction. Building 3 will complement these architecturally; together the three stepped towers will form a visual triad and mark the center of the Roche Basel Site.

Herzog & de Meuron in collaboration with Roche has developed a proposal for two buildings on Grenzacherstrasse; a low-rise building to sit within the park, and a high-rise to stand at a maximum height of 221 meters. This proposal will form the basis and visual framework for future action. In addition, an underground car park with state-of-the-art charging infrastructure for e-vehicles has been proposed. The start of demolition of the southern area is planned for after 2023.
_