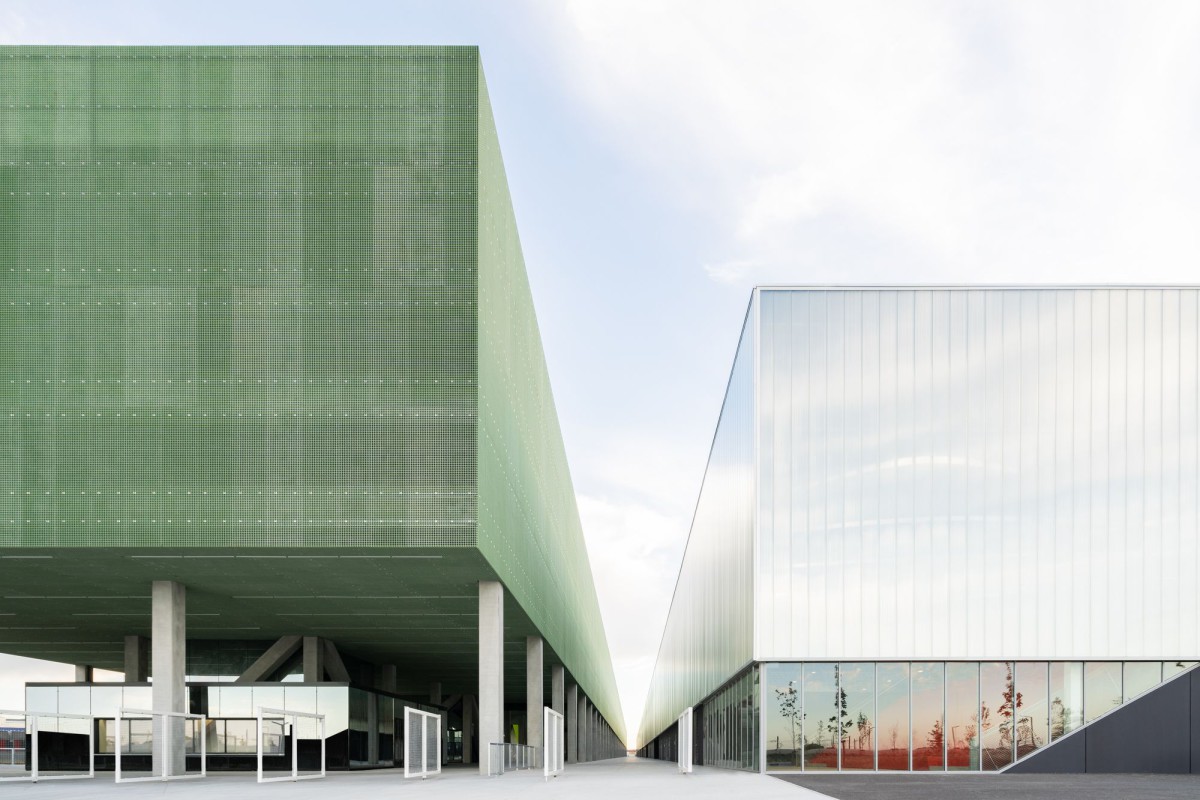 MEETT, Toulouse’s new Exhibition, and Convention Centre, is located in the innovation zone north of Toulouse. The project is not only about architecture, but also about infrastructure, urbanism, landscape, and public space. The 155,000m2 exhibition and convention center is positioned in between the city and the countryside: it connects urbanized plots to the south – mainly dedicated to aeronautics, including the airport hangar of Airbus– to an agricultural landscape to the north.

This rural area, well connected and close to the center of Toulouse, is vulnerable to the pressure of urbanization. Our design uses the massive scale and diverse program of MEETT as an antidote to the sprawl of a standard exposition park, in order to preserve the surrounding Occitanic countryside.

MEETT is conceived as an active strip – ‘une bande active’ – a horizontal and compact project, divided in three parallel bands: a row of modular exhibition halls to the north; a convention center and multi-function event hall to the south; and a reception area to the center, featuring a silo car park for 3,000 cars. Instead of banishing parking underground or pushing it to the periphery of the site, where it has no relationship with the surrounding landscape, we placed the parking at the center of the project, covering a spine where amenities and access to the hall are concentrated.

By combining interior and exterior spaces, and establishing connections with the infrastructure – tramway, roads, airport – and surrounding countryside, a typically introvert typology, the expo, is transformed into an extrovert one.

MEETT is not an architectural intervention, but an urban machine. Both monumental in its scale and subtle in its overall impact, it will be a new gateway to Toulouse.
_