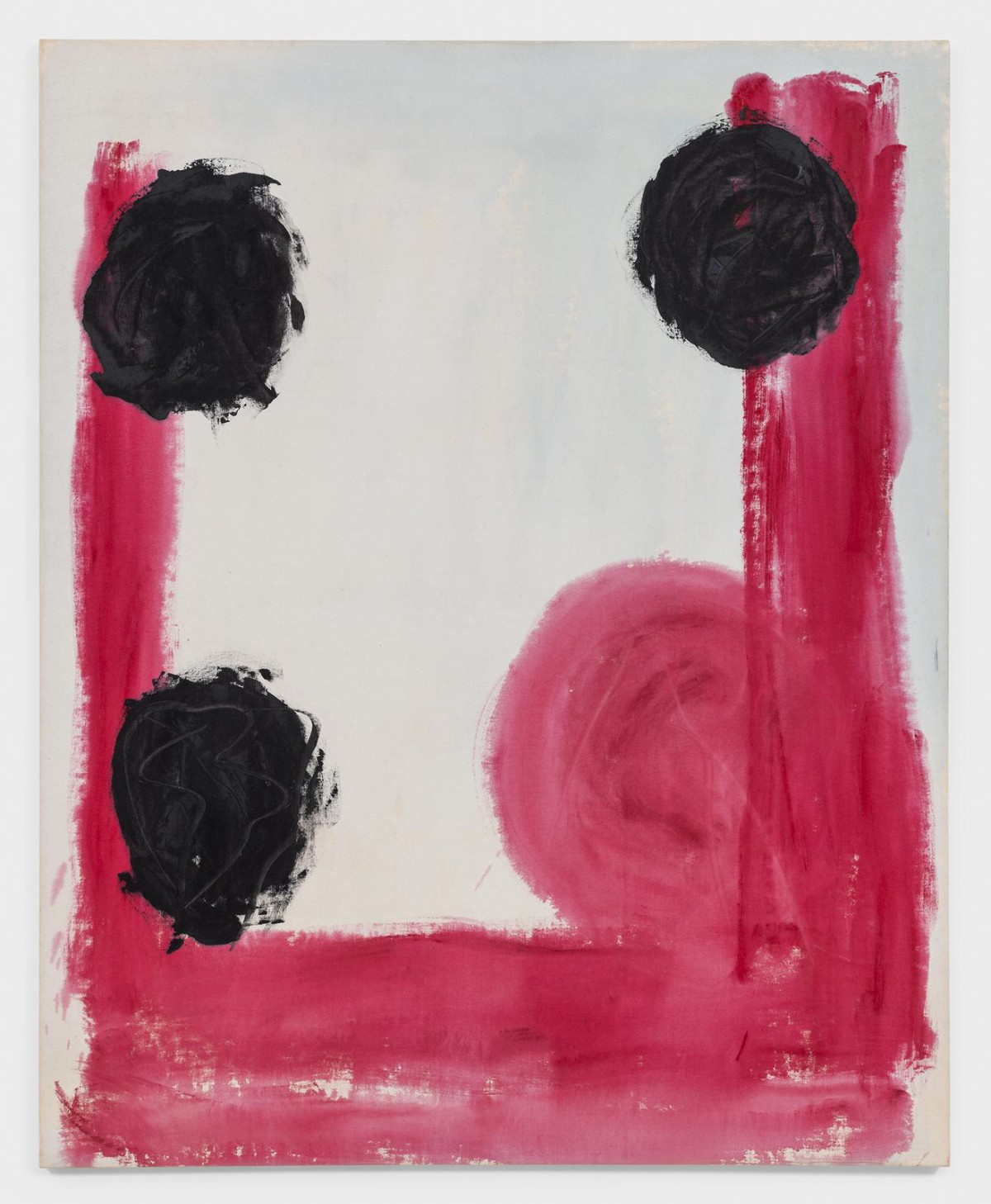 Smith’s canvases seem to distill art-making to its essentials, reconstructing the painted image from scratch. In his widely influential essay, “Provisional Painting,” published in May 2009 in Art in America, Raphael Rubinstein cited Smith, alongside Joan Miró and Martin Barré, as one of the precursors to a new approach to painting, a discipline Rubenstein suggests is, “in part, a struggle with a medium that can seem too invested in permanence and virtuosity.” Rubinstein states that Smith’s “stylistic fusion” anticipates Mary Heilmann’s “informal formalism, … splash[ing] Matissean insouciance over the serious-minded legacy of Abstract Expressionism.” But for all its freedom and lyricism, Smith’s paintings also retain, as Joseph Masheck puts it in the December 1973 issue of ARTFORUM, “a stubborn edge.”
Cheim & Read
_