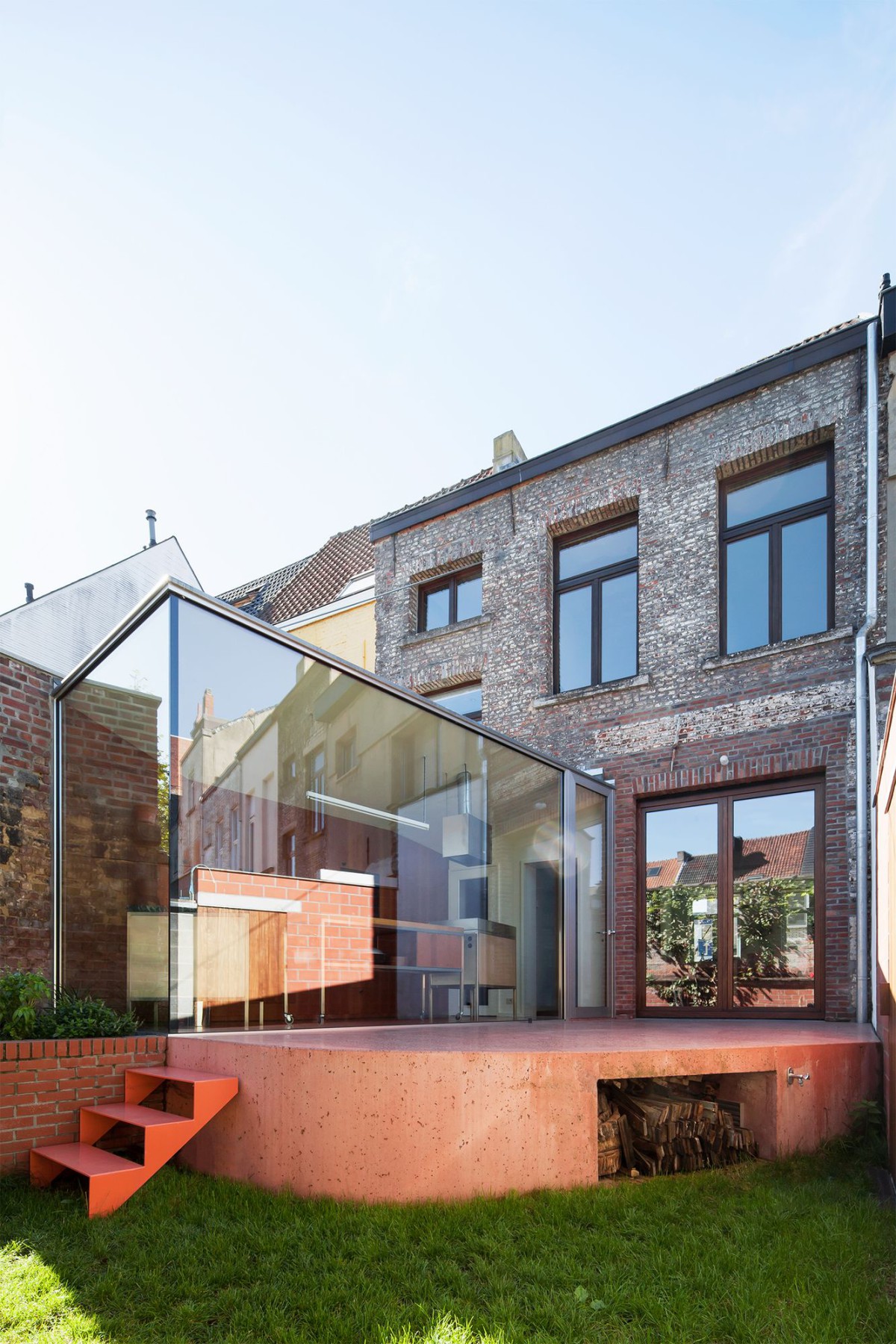 A couple of years ago the client bought a townhouse in a lively neighbourhood just outside the city centre of Ghent. The house was in need of a major renovation, which was split into several phases in time. For the final and most significant phase, with a focus on the existing annexe, the client relied on MARCEL. At that time the kitchen and the (disused) bathroom were situated in this annexe. (A new bathroom was already integrated in the house at an earlier stage.)

The request of the client was threefold: renovating the existing annexe into an open kitchen, optimising the link between the house and the city garden and adding a separate toilet to the ground floor. The quality of the existing annexe was insufficient, and the focus was put on a new-build volume. This new structure creates an interesting relationship between the several living spaces, the kitchen and the city garden.

The plan for the new annexe was conceived in several stages. The first step was to divide the available space in the garden into four equal parts, each of them with a specific height and function (kitchen, terrace, herb garden and play area). In the second step the plan was rotated around its centre point to achieve an optimal orientation. Finally, one of the axes was bended towards an existing garden shed to guarantee an easy access.

To enhance the link between the several living spaces, the kitchen and the city garden, the indoors is extended in the garden making use of a concrete base. This base of red polished concrete blends seamlessly from the indoor kitchen into the outdoor terrace. This is enhanced by the fact that the manhole covers are polished in the same material and the use of an invisible gutter between the kitchen and the terrace.
_