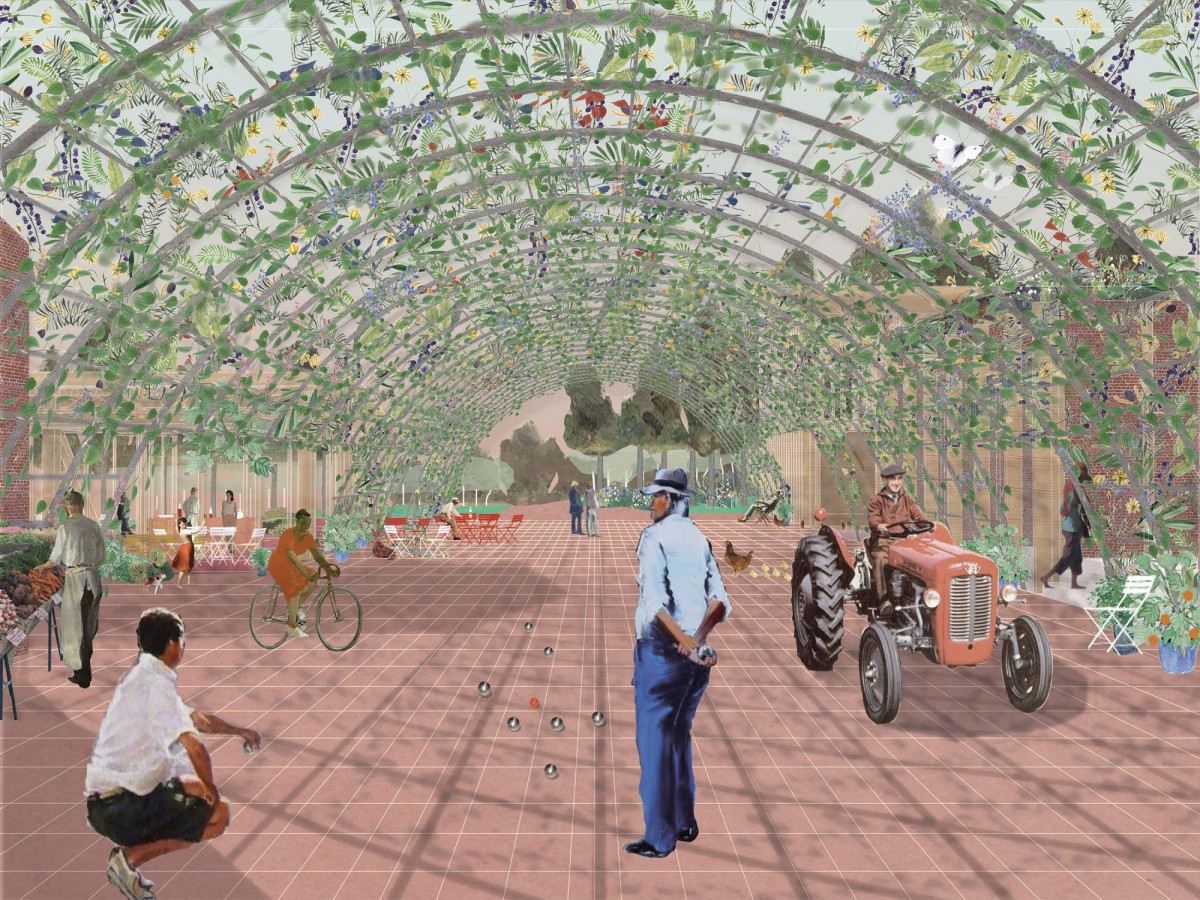 The belt around Brussels is not really known as a destination for residents of Brussels. Nevertheless, its beauty and character are striking. Long considered the natural space outside the city, today the vision of this area is changing. The territory of Neerpede is increasingly being developed as an urban amenity in its own right – at once landscaped and metropolitan.

In this vision of the metropolitan landscape, previous oppositions are being reconciled. There is no contradiction between a productive landscape and a leisure landscape. Quite the contrary: this landscape becomes a destination because it is productive, because it enables us to experience production, consumption, participation, education and pleasure. The Chaudron Farm project can play a crucial role in changing this new type of landscape: what is being developed here is nothing less than a new type of farm, a new (agri)cultural centre, a microcosm in its own right.

Particular attention has been paid to the fusion of this fusion: the type of interaction and appropriation that we seek requires an approach that goes beyond the purely functional and proposes an environment in which nature and architecture find their balance. The device we propose fuses mineral and vegetal materials, and the spatial organization invites discovery and exchange. The spatial organization is also made flexible, adaptable to change – changes in organization according to seasonal rhythms, but also changes that will be due to the project’s likely success and development.

The project transforms the archetype of the ancestral farm, initially oriented towards a private organization – where the central courtyard is protected – towards a new morphology which is no longer a farm, but a place where public and professional activities meet, cross and complement each other.

Our project articulates a juxtaposition of independent elements where the whole is greater than the sum of its parts.
It is a place that features welcoming, productive atmospheres and green spaces, each with a distinct educational value. Together, they produce not only a wide variety of places and climates, but also constitute a manifesto demonstrating the many possibilities for connecting the city and its inhabitants to nature. These spaces invite visitors to take action at home, to stimulate their imagination beyond the project’s boundaries.

It is a small but also large-scale project: the public farm can be used as a trigger to anchor the productive park of Neerpede in the hearts and minds of its metropolitan users, in Brussels and elsewhere. It is also a pilot project testing a model that needs to be reproduced more broadly, to accompany the food transition towards a relocation of a reasoned agricultural production that respects its territory.
_