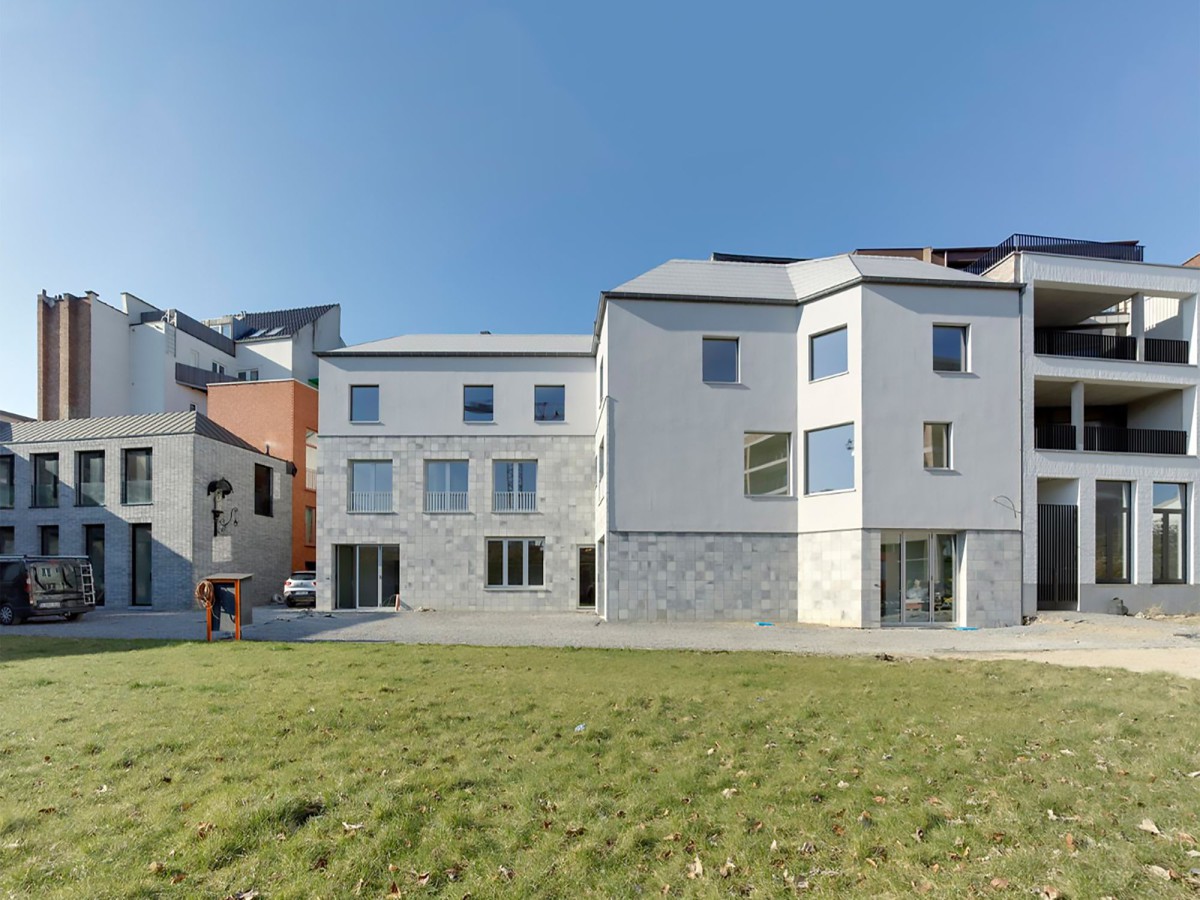 Amid the redevelopment of a historic albeit neglected block in Antwerp, the project for six dwellings and a commercial space stands at the crossover between a public square and a more intimate urban courtyard,revitalizing two abandoned buildings. Through the creation of new volumes, the two contexts are each addressed in their own specificities while focusing on a densely organized programme combined with a richness in terms of spatiality and flexibility.

The listed sixteenth century building facing the square has been restored to its most historical state, completed by a balanced yet distinctive pronunciation of new floors. Along the alley at the back, a new volume has been separated from the front building, enabling the insertion of an outside staircase that organizes the access to the apartments on both sides. The staircase thereby relates back to the open space of the urban courtyard, establishing relationships between inhabitants and encouraging interaction, all the way up to the front door of the apartments.

In the courtyard itself, a set of three dwellings has been folded between its neighbours to give the courtyard a multifaceted aspect. The intimacy of the public space is accentuated by mimicking its neighbourin terms of scale and tonality, thereby setting up an urban interior and framing the historical ‘Falconpoort’ as a centred entrance to the public inner courtyard. By offering largescale entrances, the design of the dwellings aims to open up the private living environments to the public space so as to maximize the use and flexibility of the private area.
_