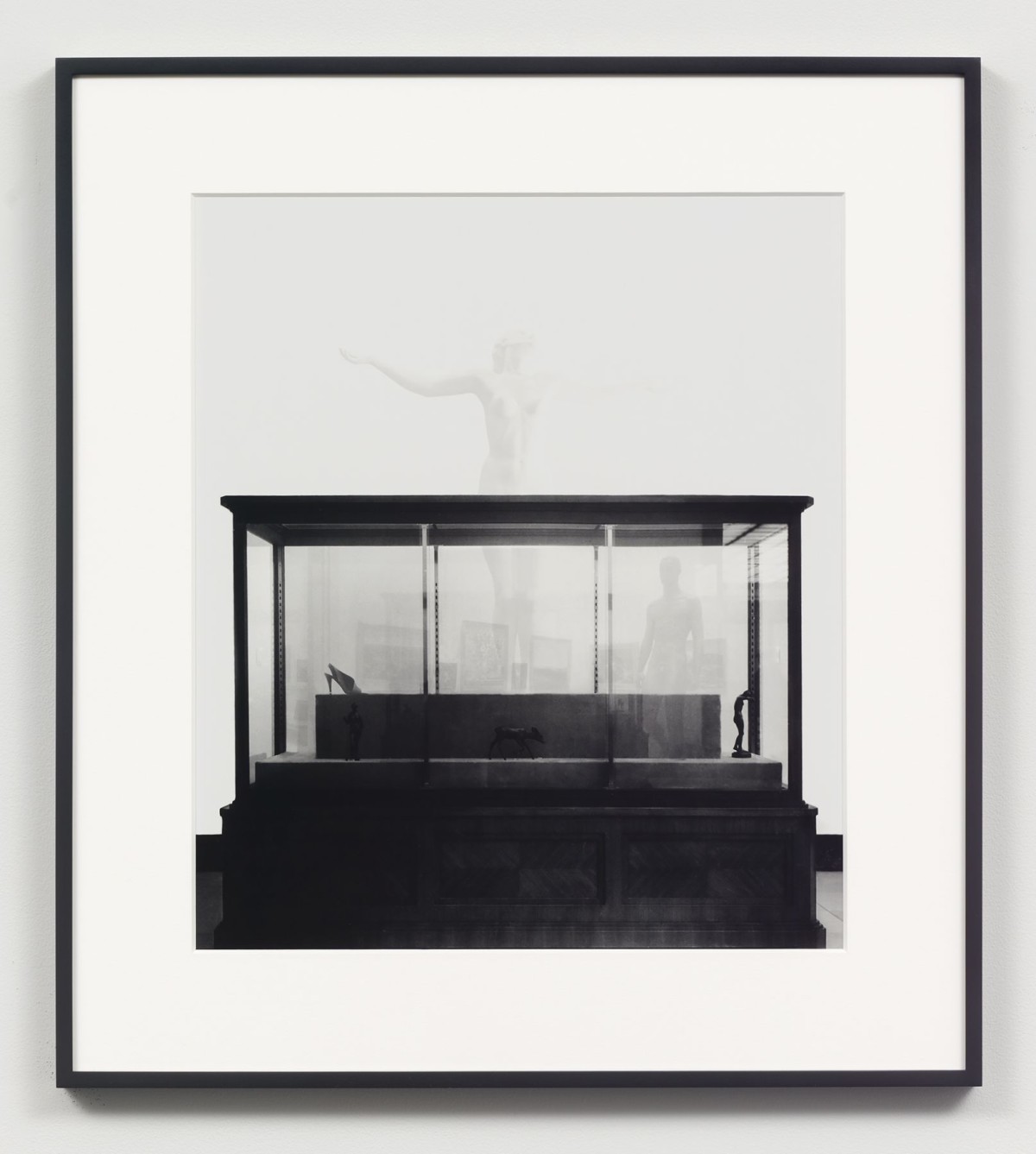 From 1937–1944, Germany’s Nazi regime engaged in cultural practices including the curation of large-scale exhibitions entitled the Great German Art Exhibitions (Große Deutsche Kunstausstellungen [GDK]). Indicative of the regime’s ideology, these exhibitions, which took place in Munich, included artworks that were collected by elite members of German society at that time. Documentation of these exhibitions have been compiled by GDK Research, who “publishes unknown photographic documents—evidence of art that was subsidized by the state during the NS era—in order to make source material available for critical discussion and analysis of the Nazi regime’s art and cultural policies.” The primary source material of A Strange New Beauty is this expansive photographic archive.
Brauntuch’s exploration of this archive allows the imagery of the Great German Art Exhibitions to generate new meaning within our current socio-political climate. Manipulations of these images paired with fashion advertisements from major newspaper publications lead one to consider how ideology can transcend generations and normalize into quotidian spaces. A Strange New Beauty in many ways acts as a “re-archiving” of the GDK chronicles within Brauntuch’s visual practice. Brauntuch’s manipulations, deletions, and additions of information to the images that went on to become the central works of this exhibition, exposes the ease by which information in sensitive archives can be manipulated and referenced at later points in time, as truth.
Petzel Gallery
_