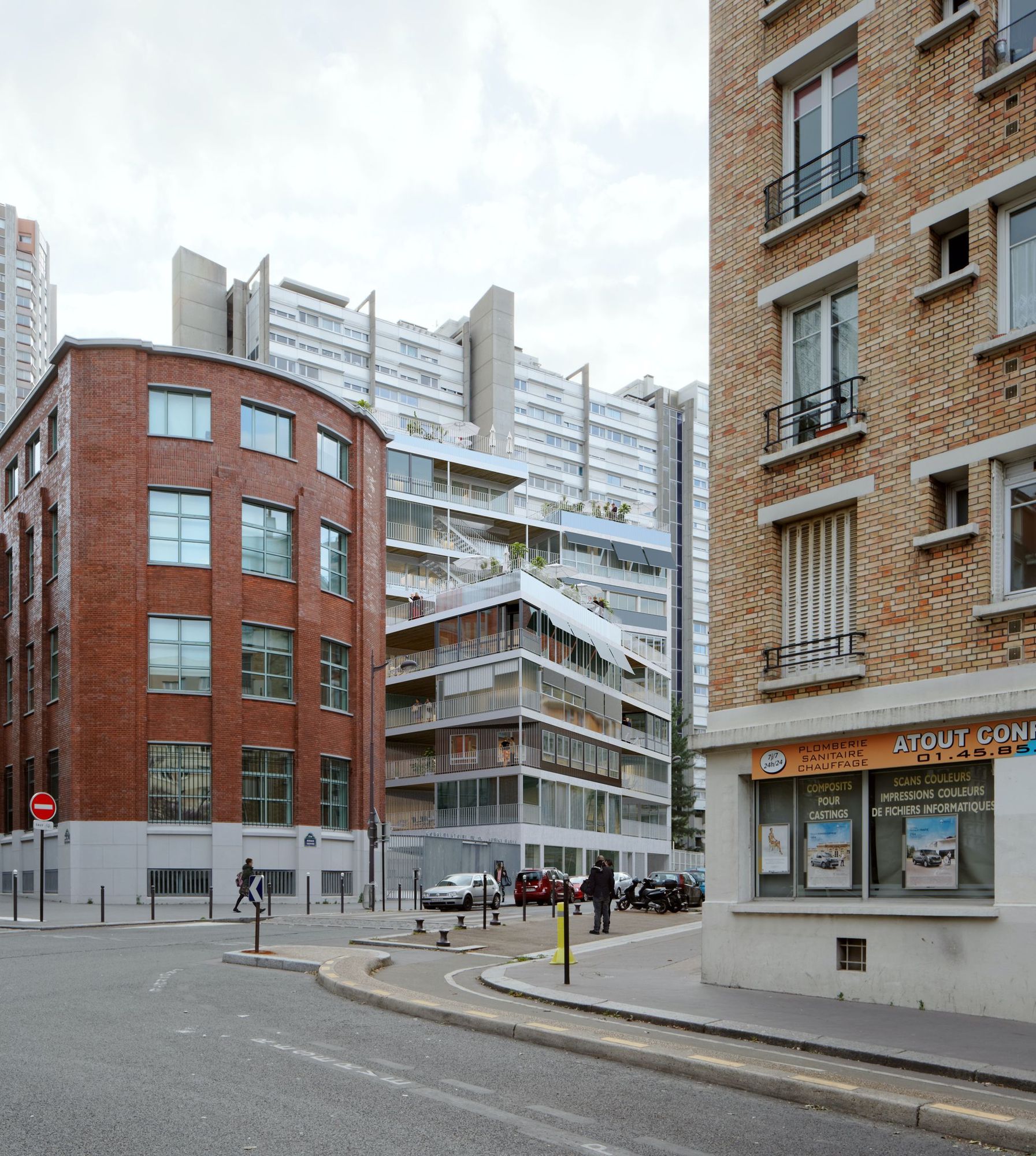 This project has as its ambition the reinvention of the collective habitat by integrating the scale and quality of the individual habitat within a dense and flexible structure. The building is designed as an aggregation of stacked villas, conveying ideas of multiple mismatched living areas in the interstices of the light facades and terraces. Its interior spaces can accommodate apartments or offices, such as ateliers.

No space has a prescribed, determinate function. As a result of the precise lack of programming, it remains open to the spatial interpretations of the residents, either for life or for work. The flexibility of the structure allows for different surfaces to mingle through the play of terraces, circulation and airy loggia. On the interior, the reversibility is as spatial as it is prescribed. It passes through a reinterpretation of the technical and urban rules that tend to fix architecture in place and compartmentalize activities, in order to maximize the independence and freedom of the residents. Each unit possesses its own facade, and these spread over the entire building like variations of a rational catalogue, a series of architectural phrases whose invisible grammar was thoughtfully drafted.
_