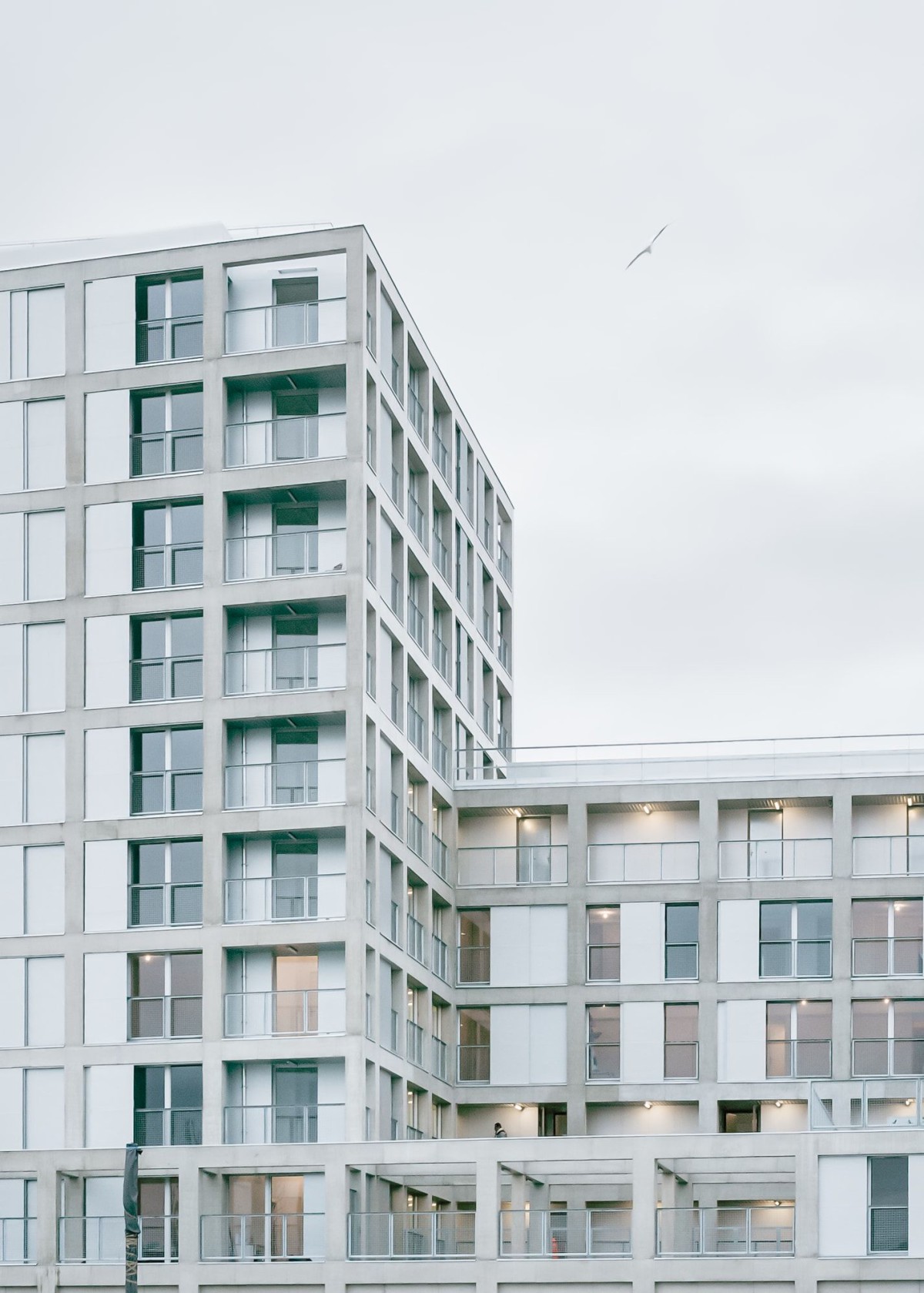 The project is a set of social housing units, situated on a former port warehouse, which aims to become a real living and working place on a metropolitan scale and open the city on a canal that leads to Paris. In order to live together in the dense city, the building hosts shops, various types of housing (from small studio to large family housing), and various shared spaces: large sheltered entrance for bicycles, central garden, belvedere with view on the canal and the landscape, and a large terrace with vegetable gardens.

Borrowing from existing industrial buildings the repetitive character of a structural framework, the project is conceived as a “searching form” that unfolds and folds in order to establish relations with the context, but also to offer residents a real quality of use.

Block or building?
It is not only a question of building housing facing the horizon of a canal but of shrinking and amplifying the port character of a remarkable area, evoked by the emblematic silhouette of a conserved existing building. Flirting with industrial imagination, the architecture must assert a general rule, marked by a base and emergences whose “skyline” dialogues with the great landscape. The result is the crossing of two conceptions, one that starts from the heart of the housing, and the other from the formalization of the urban and landscape of the project : the typological diversity reinforces the capacity of the land and its volumetric capacity. All units are designed to take maximum advantage of the volumetric composition.

Generic or specific ?
A structure made of concrete, both structure and facade, cutting and proportioning the composition: its alveoli shelter various devices, loggias or facades, hollow or solid, fixed panels, glazing, … This grid unifies, brings together and allows scenarios of various uses. Constructive matrix also generates internal structure. It helps to integrate the vertical circulation on the façade and makes it possible to adapt to changes in internal needs without distorting the general principle: it is a principle that is both flexible and resistant.

An “a la carte” device
The facade grid is superimposed and integrates with the structural grid. From the structural framework, it becomes obvious to manage needs without distorting the general principle. Between concrete frames, the façade of the project is conceived as a device that adapts to the needs of light, air, heat.

According to a device “à la carte” corresponding to the various uses, these cells are composed of:

– solid wood-framed sections with aluminum battens.- glazed parts,- metal railings in front of terraces and loggias,- sliding shutters in front of the rooms

The prefabrication of these elements offers a fast construction and minimizes nuisances, and the possibility of changing the facades by replacing the modules without intervention on the structure.