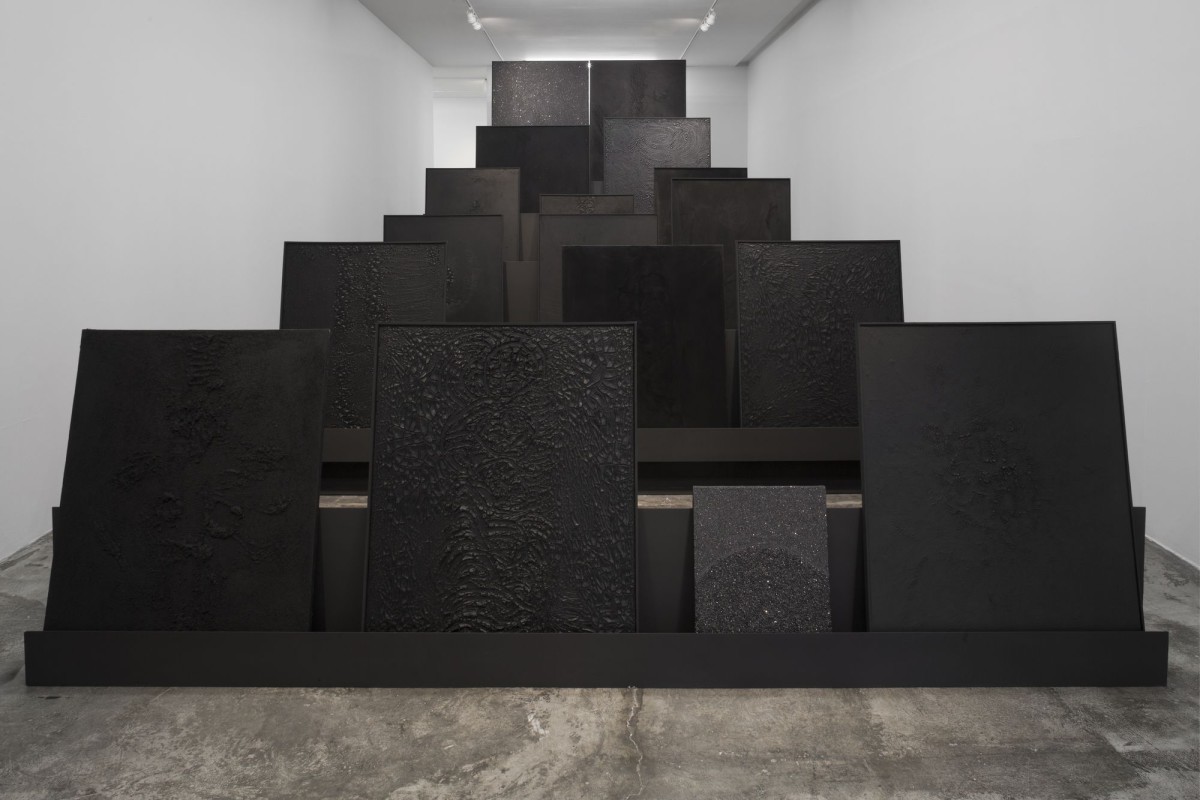 Since 1978, the more than 4,000 works produced by Beatriz Zamora (Mexico City, 1935) are all titled the same way: “El Negro”, followed by a serial number. As the artist has stated, black is nothing but the result of extensive philosophical research and experimentation of materials initiated in 1963 by using soil. After having explored the use of plain soil on canvas, in 1977 she presented at the Museum of Palace of Fine Arts a series of 500 pieces titled, “La Tierra”, that can be considered an antecedent of ecological awareness as well as point to the fragility of ecosystems of great relevance today.
LABOR
_