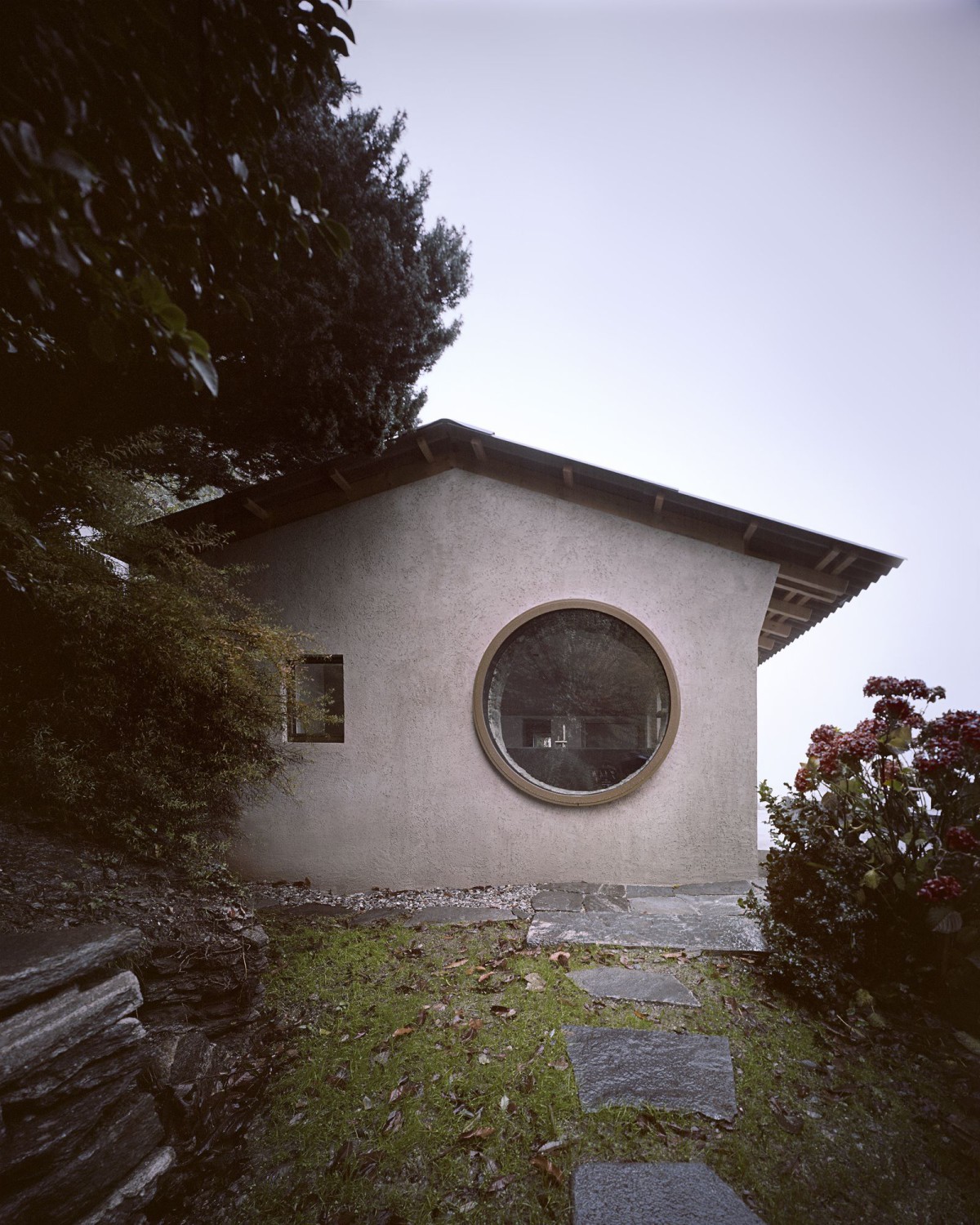 The two Buildings sit on top of a hill, overlooking Brissago and the Lake Maggiore. The panoramic views and the proximity to the forest in the background make a unique Place. Due to the sites location and accessibility, only via a small trail, the material for the construction had to be transported by helicopter or by foot.

Originally the house was constructed in 1955 as a summer residence. We renovated it so it can be used all year round. An insulation layer was wrapped around the entire building, before making the new mineral washed render. Former external walls have become characterizing internal elements. With only a few specific interventions in the buildings structure, we created new spaces and perspectives.

The Rustico, which is listed as cultural heritage, has been supplied with electricity and equipped with a bathroom to serve as a summer guesthouse. The well-preserved natural stonewalls have been left visible. New wall elements, which have been equipped with sanitary appliances, only touch the outer walls at certain points. A new staircase connects the two floors. By placing large windows behind the existing shutters, the external appearance of the Rustico remains preserved.
_