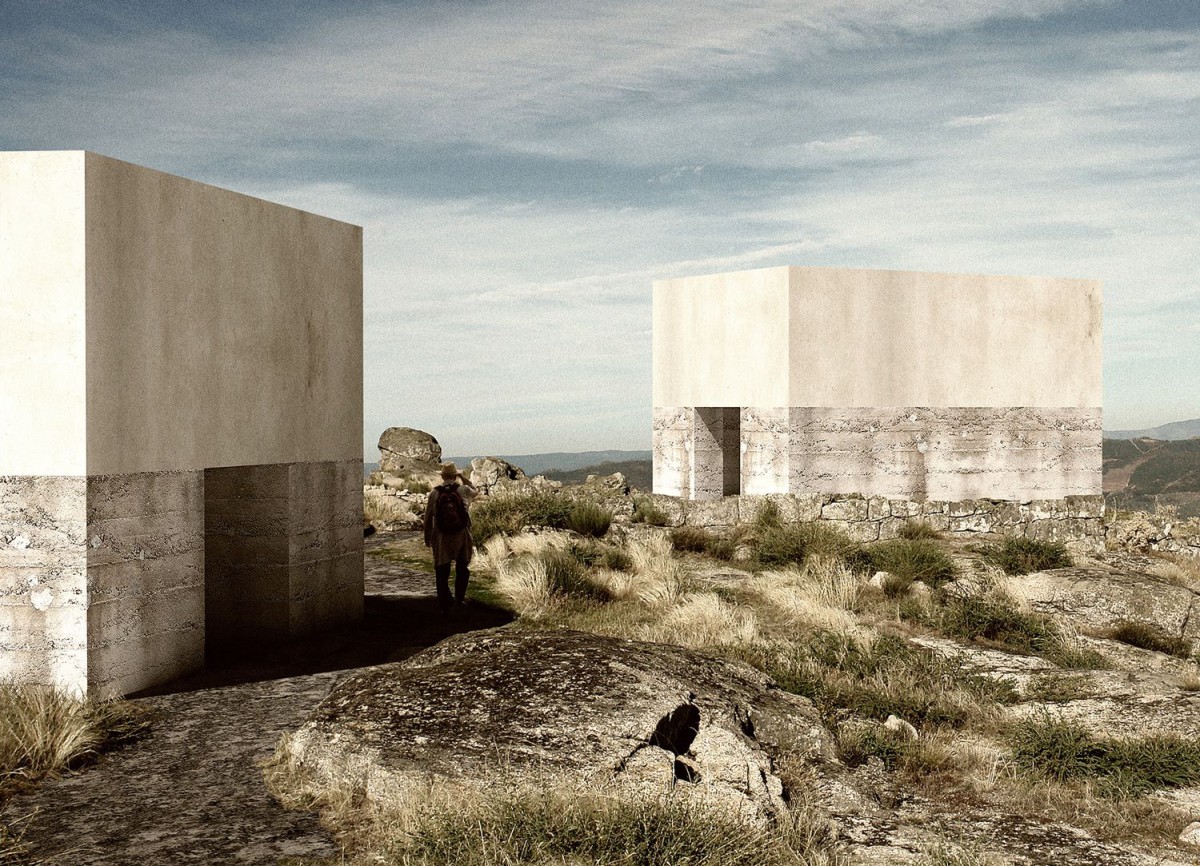 Engraved into the slope of a great steep elevation, monsanto merges with a granite landscape. Known as one of the oldest inhabited places of Portugal, this village fits around behemoth rocks.

Wandering the cobblestone avenues, a visitor may eventually find himself climbing the path to the castle, heading to the remains of a walled fortress on the hilltop. Passing through its third gate and breaking free from its enclosed courtyards, the traveller may take the way to the ruins of st. Michael’s chapel.

Along this path, he may cross a sanctuary.

Two architectures fail to impose their presence: they bow to nature and they shily reveal to the traveller’s curiosity. Such as a good rest during a pleasant trip, the sanctuary is intended as the right place for contemplation it has, therefore, no architectural authority over its context. It is designed to meditate.

On the left, the first architecture hides the history of monsanto and, on the right, the other one, built on the ruins of st. John’s chapel, hides the inner sanctum that represents the physical and metaphorical space for self-reflection. The dualism between collective and individual memory of this place is a tool through which the sanctuary interrogates visitor’s perception.

The path then continues towards the village, passing through two granitic rocks bordering the sacral area.

The body of the chapel is erected on the ruin’s stones in 60 cm thick layers of rammed concrete, whereas the sacred space in the upper floor is built in a smoother concrete, through the use of white cement, whereas the path is thought to be coated with a layer of poured lead, about 2 cm thick.
_