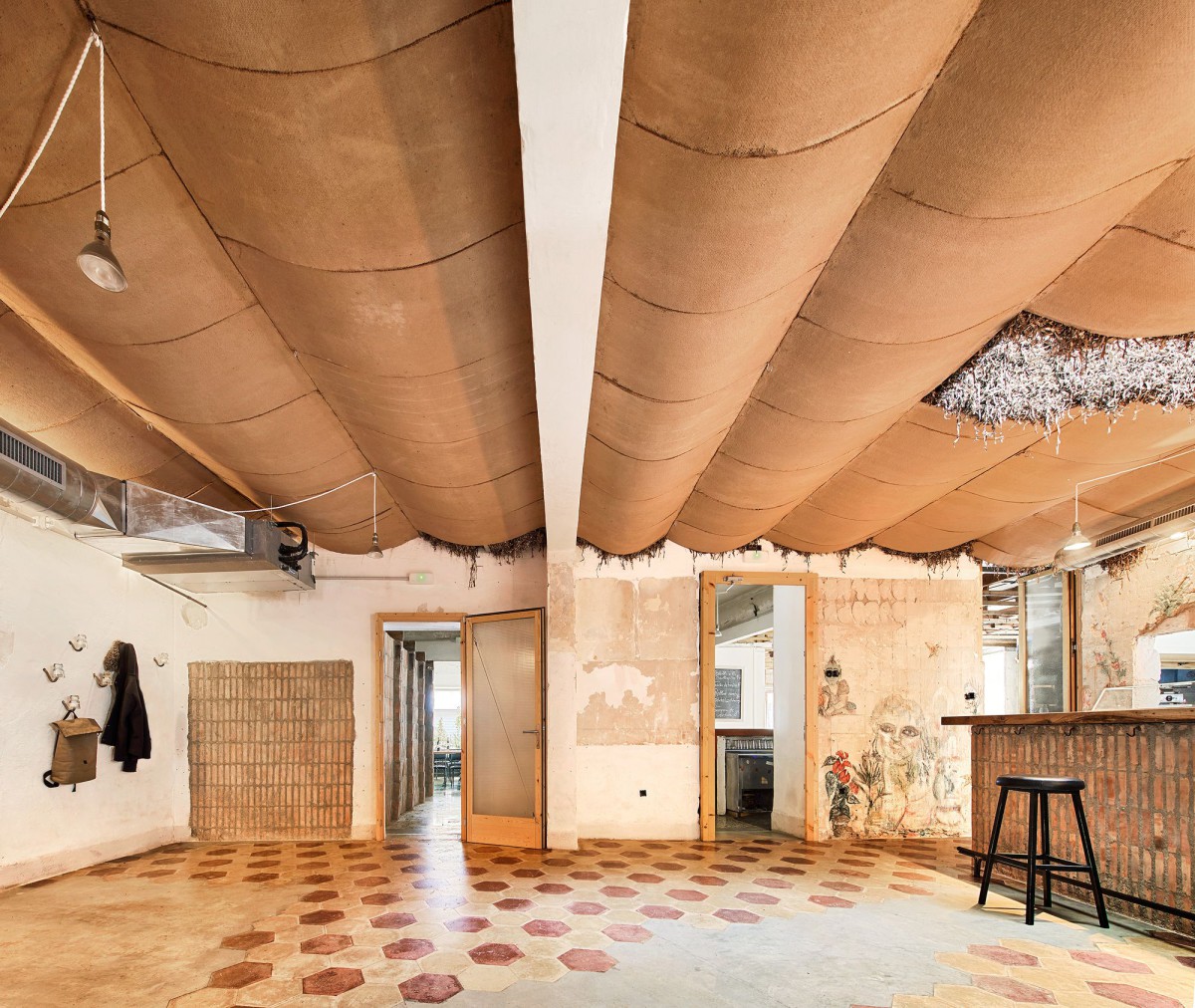 In Manacor, at the east side of Mallorca island, there is a great effervescence of music groups, songwriters and emerging artists who did not have a space to play. The Lliro family wanted to respond to this social need, and to transform the coffee they have run for more than 30 years, a local institution, into a concert hall.

PROGRAM AND CONTEXT
The adaptation to a coffee-concert implied modifying the acoustics and the renewal of the kitchen, bathrooms and facilities to the current regulations. The reform was carried out with the least amount of resources possible and with the aim of making possible that the clientele feels at the usual Can Lliro, this is, feels like home.
To preserve this essence, we wanted to make visible the history of the place, bringing together the different stages of the place: at the beginning of the 20th century it was a house (Can Lliro means Lliro’s home). In the 50’s, a bread oven. From the 80’s, a bar, and now, in 2020, the coffee-concert.

NOT TO DO/ UNDO
We followed the ‘Not to do’ procedure, so traces of walls, wooden and plaster remains from the old false ceilings, and old hydraulic floor tiles have been exposed. The old bar, the ‘macael’ marble tables and black synthetic leather chairs and stools have been also preserved, since they have been in service for 30 years.
Also, the bread oven bricks and iron plates have been reused to build the new toilettes. The sandstone inner walls demolition has been done by hand-saw, and the pieces have been reused at the ground floor facade, in order to initiate a dialogue within the first-floor facade

RESEARCH ON THE CURRENT POSSIBILITIES OF LOCAL MATERIAL CULTURE
In the current context of climate crisis, the project investigates and demonstrates the capabilities to solve contemporary programs of local and ecological resources that constitute the material culture of the place.

The building materials’ selection to improve better acoustics has prioritized self-sufficiency, reduced energy consumption, and social sustainability. In the island context, these quantifiable vectors coincide with the local landscape and the material culture: the stage ceiling has been insulated with dried Neptune-grass coming from nearby urban beaches, self-made by the Lliro family. Posidonia is a protected marine plant and appropriate permits have been requested.

The new interior acoustic walls are made of km0 bricks, produced by a local family workshop and cooked with biomass. Usually these bricks are made in the shape of a trapezoid to facilitate the construction of arches. In this case, they have been placed upright, such as fish scales, in order to disrupt the flatness of the walls and to prevent the acoustic reverb.
If the product required by the program is not produced locally, the less polluting option has been chosen, such as FSC-label pine woodworks or ‘Eco-clay’ raw earth-boards from Zaragoza (Spain) to protect the previous iron roof structure from fire.

The wide range of construction techniques claims the importance of the hand work of all the people who have been part of the progress. The value of the hand in the age of technology.
_