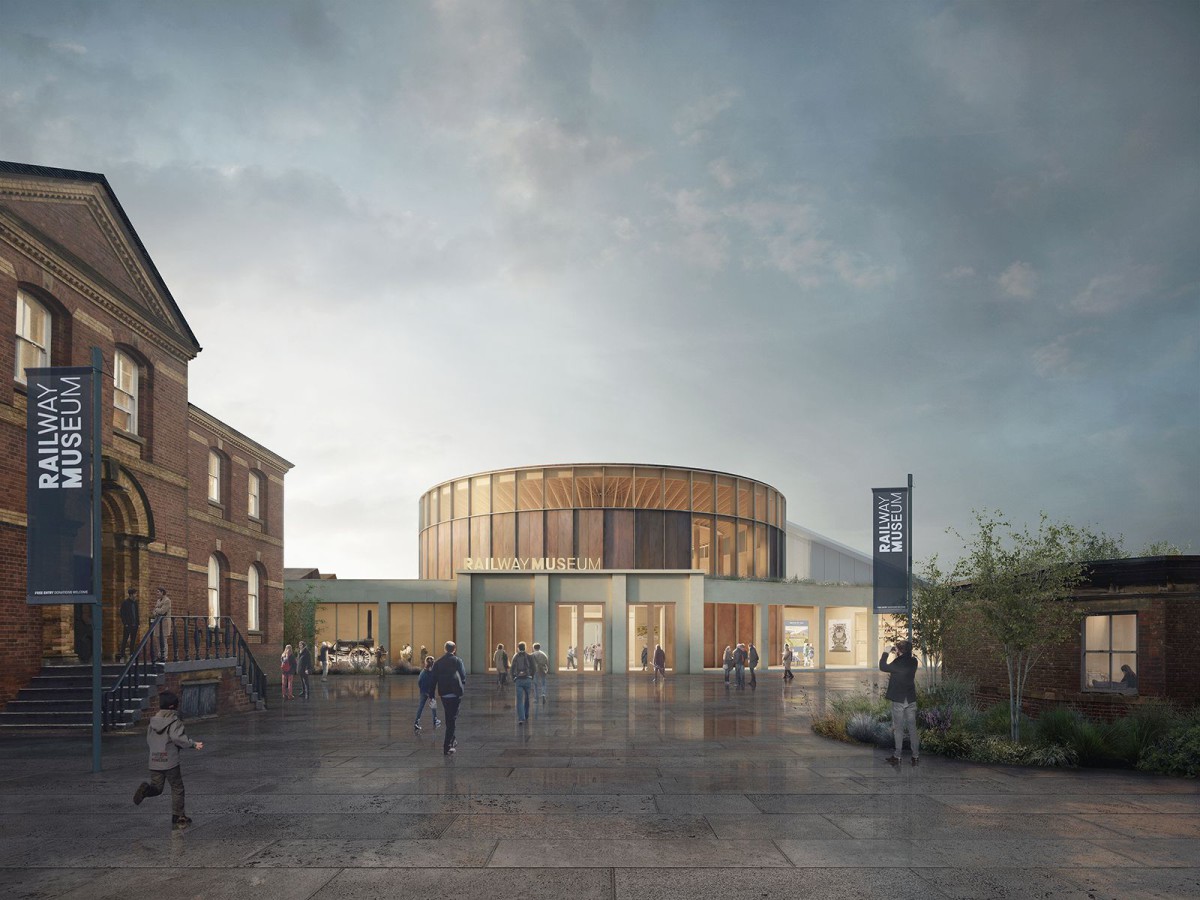 The National Railway Museum and Malcolm Reading Consultants have announced that the team led by Feilden Fowles has won the international design competition to create the museum’s new Central Hall.

Feilden Fowles’ team beat 75 others to the commission for an iconic Central Hall that will transform the visitor arrival experience and integrate the museum’s estate in time for its 50th anniversary in 2025.

Inspired by the site’s former uses, the design concept references the history of locomotive roundhouses and railway turntables with its central two-storey rotunda, which is clad with recycled patinated copper and lit with high clerestory glazing. An intriguing illuminated form that will attract visitors approaching from York Station and the wider city to the south, the rotunda also unifies the diverse buildings that make up the existing site.

On entering this new welcome and orientation space, the visitor’s gaze will be immediately drawn upwards to the engineered ceiling, stitched together with radials of UK-sourced Douglas Fir, described by the Jury as a spectacle. A first-floor balcony offers views of York, while at ground level five different portals will lead to different parts of the museum.

A generous double-height gallery, the new Exhibition Hall will use the same grid as the existing Station Hall and celebrate its brick arched openings.

The design concept expresses the team’s low-tech philosophy, dramatically reducing reliance on concrete and steel to lower embodied carbon through a beautifully crafted timber frame structure. A combination of passive design principles and active systems are proposed to reduce the site-wide operational carbon footprint by 80 per cent. Fully recycled copper and local York stone are also suggested as part of this strategy.

In response to the brief, the team also propose further enhancements to the adjoining museum buildings to make the overall ensemble more inviting and harmonious.

Other finalists, who were shortlisted in November 2019, included: