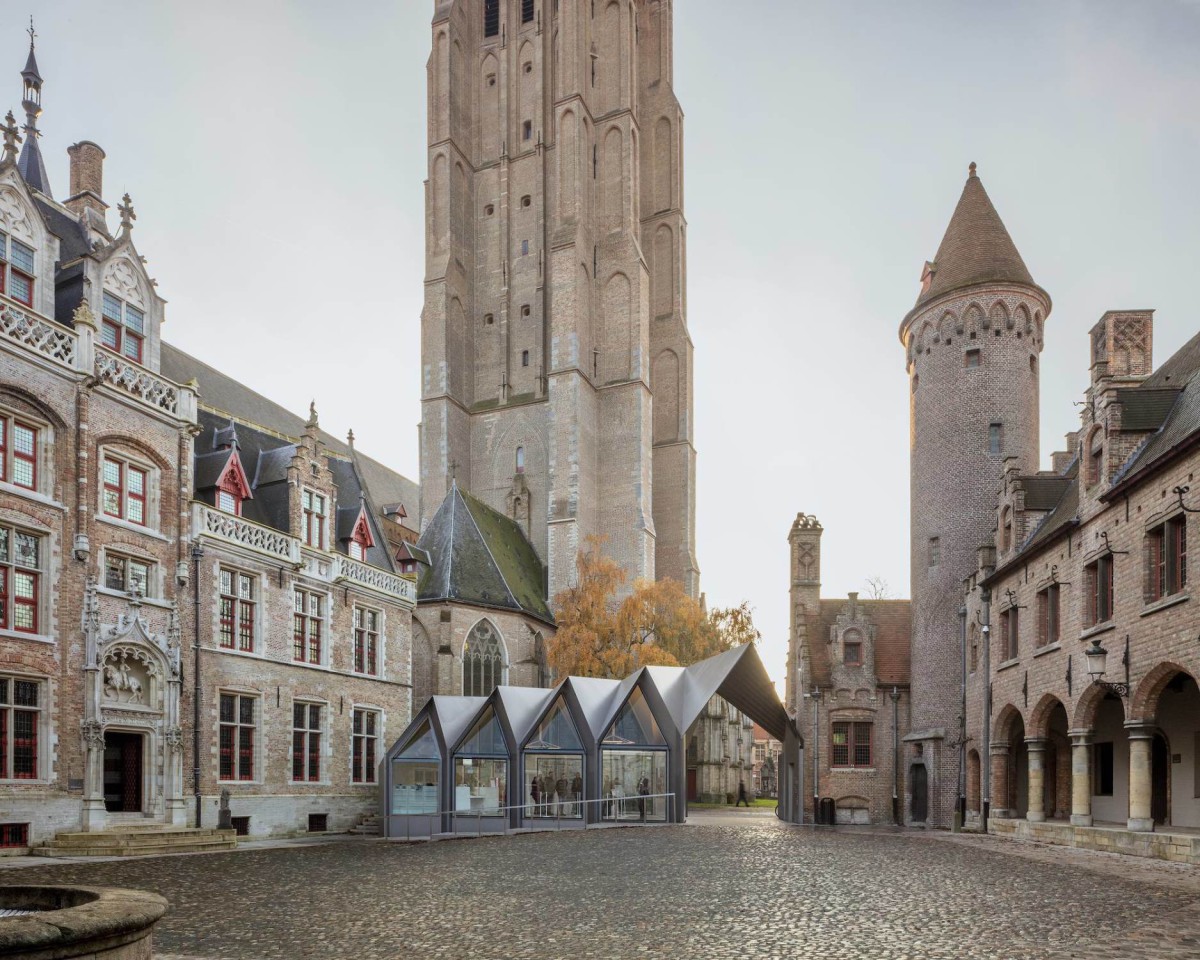 The project focuses on the renewal of the Gruuthusemuseum, creating a new entrance pavilion as well as a new museum scenography.

Lodewijk van Gruuthuse (1422/7–1492) built his palace in the 15th century, next to the Church of our Lady in Bruges. A monumental gate opens to the courtyard revealing the main façade. Behind the house stands the massive brick church tower. Although the house is a freestanding structure, it is impossible to perceive it as a whole. The possible views of it have been well composed, presenting the differently designed facades in relation to the idyllic canal streaming alongside it.

The house was strongly transformed in its current state in the 19th century, under the direction of city architect Louis Delacenserie, who turned it into a palace more medieval than it ever was. It was he who created this iconic ensemble, characterised by the monumental hall with the grand staircase, the sequence of rooms, the myriad decorative effect of symbols, the many secondary staircases connecting the labyrinth structure, the proliferation of landings and loggias. The palace was cast as a house dedicated to representation, as a storehouse of values, offering visitors a narrative of success illustrated by a collection of crafted objects from the past. Today, the house is used as a museum on the history of Bruges, guiding the visitor past objects, paintings, carpets and sculptures.

The new scenography approaches the house as part of the collection. Objects are displayed in the rooms in an almost natural, homely way. Tables, pedestals, glass bellows are designed in a language that connects to the building: rich in detail, lovingly made, proof of great craftsmanship. The objects form a contemporary silhouette of the historical furniture. Spaces are painted in colours referring to the neo-gothic make-over the building in the 19th century, colours that work in strong dialogue with the bright tiled floors; some new, some old.

The new pavilion, repairing the proportions and intimacy of the originally enclosed courtyard, serves as an information and ticket desk for visitors to the Gruuthuse Museum and the Church of Our Lady. A structure of pleated steel plates forms a set of columns and roof shields. The space inside is light, making the vaulting of the folded ceiling surfaces visible from the outside. The pavilion presents itself as a contemporary construction, an exoskeleton of steel and glass, while echoing the Gothic & neo-Gothic formal language of the surrounding monuments.
_