Over the Edge . Hythe 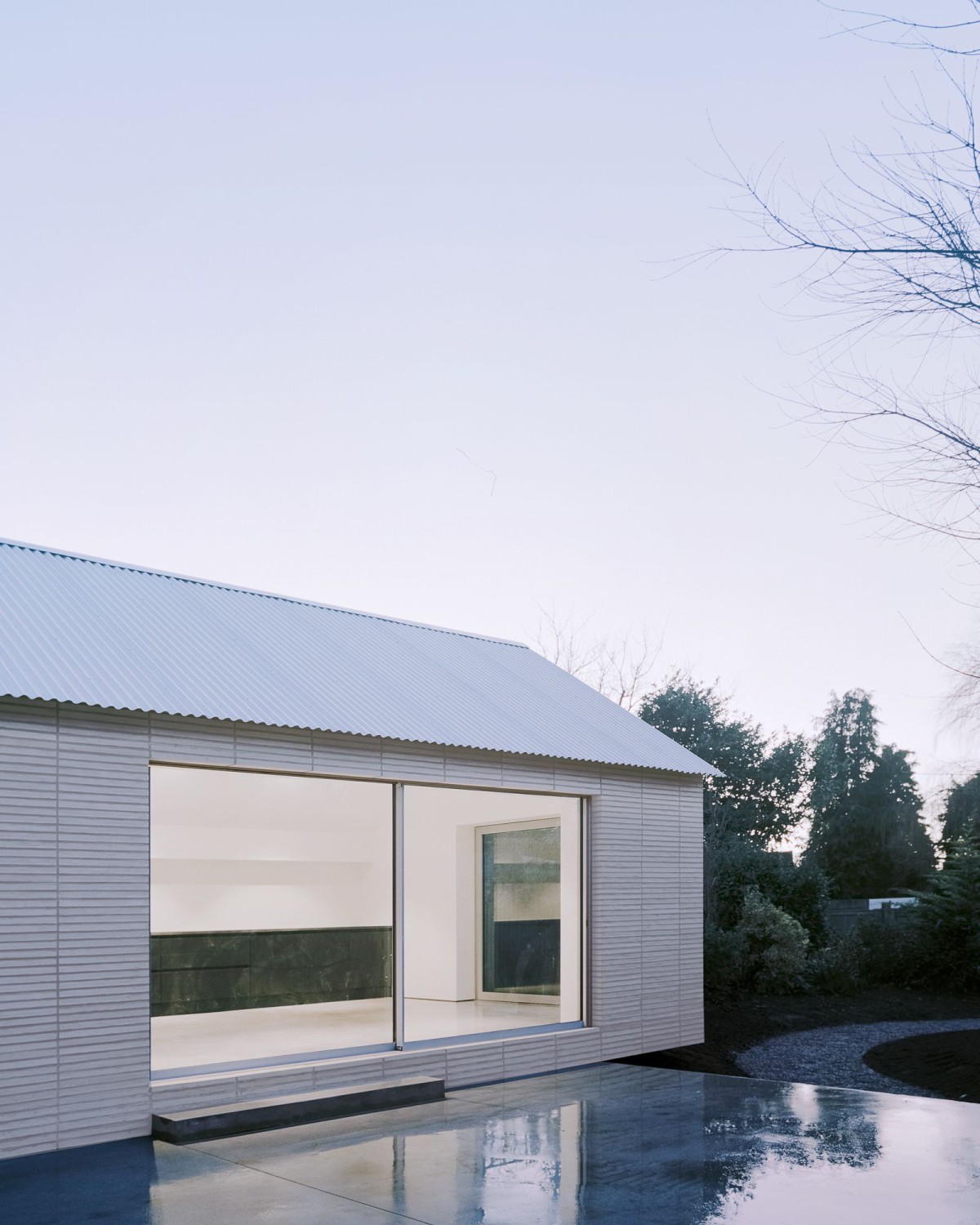 Over the Edge is a minimal house located in Hythe, Kent, United Kingdom, designed by Jonathan Burlow. The project is set in a confined context with the architecture exploiting the potential of the site in a furtive manner. The extension takes on a superficial configuration of the existing houses prototypical elements; large windows, brick walls and a pitched roof. In doing so, the addition is aligned within its context yet pronouncing itself through a refinement of substance.

The concept of the addition to the main house arrives as an expression of the ideologies behind the historic rural grain store buildings, typically constructed in Southern England during the 18th century. Commonly grain store buildings were built separated from the main house on saddle stones, lifting the granaries above the ground, thereby protecting the stored grain from vermin and water seepage. The extension references the rationale at the time, lifting the kitchen from the ground and placing the space on a concrete pedestal.

In giving the appearance of separation, the addition is pushed away from the main house causing the extension to project over the edge of the concrete. The landscape falls away beneath the cantilevered edge, giving the impression of being lifted from the ground.

The materiality of the extension remains contextual by using clay bricks yet distinguishes itself through its constructed appearance. The stacking of the bricks is derived through the idea of how the produce was stored within the old grain store buildings. Typically, white sacks full of grain would be organised in a stacked manner. The extension embodies this through its exterior stack-bonded brickwork composition.

The interior space presents itself as basic in finishing’s and fixtures, allowing the activities and furnishings that will evolve and change through time to become an ever-changing curation of one’s habits and choices.
_
​

Direct commission for a private client