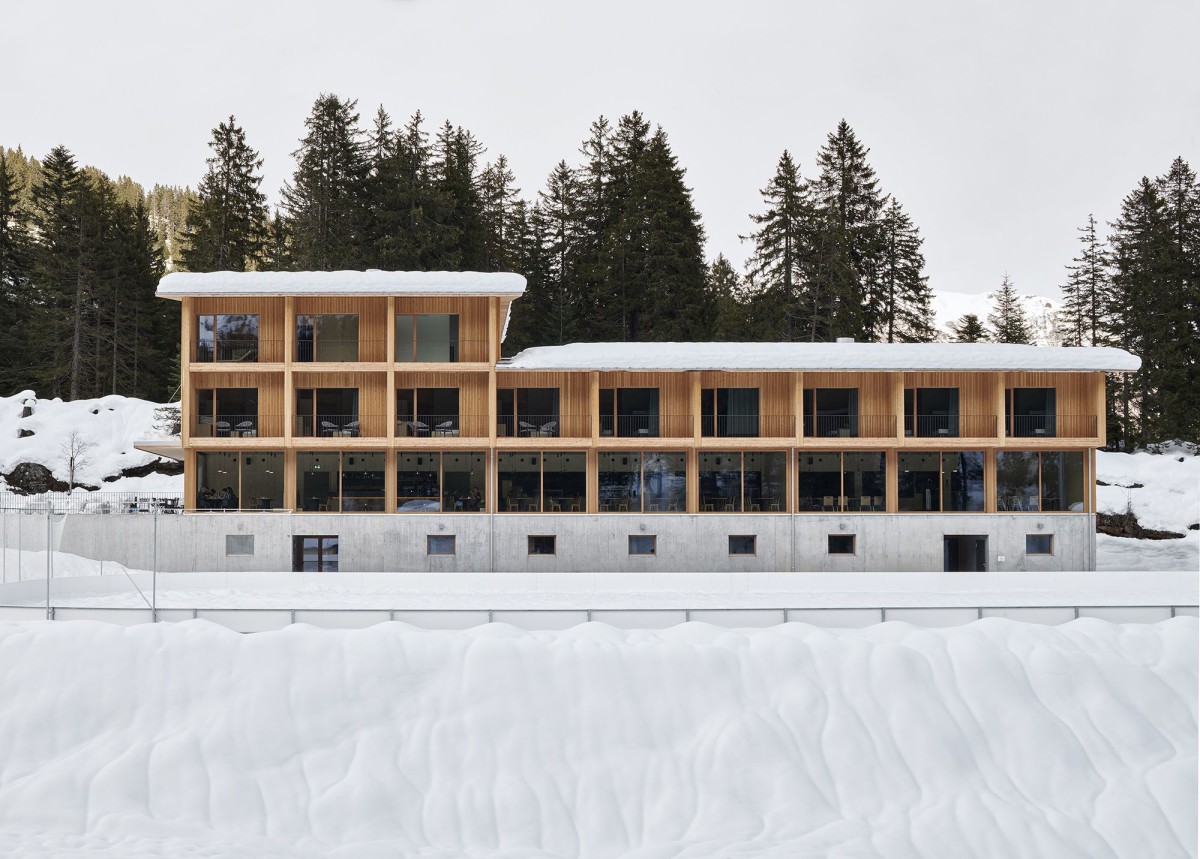 Set in a magnificent landscape with characteristic Nordic features, the Nordic Campra Ski Center is the most well-equipped facility in the Swiss Alps for cross-country skiing. The Campra plain represents a fluvial and marshland environment of national importance, protected at a federal level. The structure has expanded, since the 1970’s, from the original shelter of the Simano Ski Club, around which numerous precarious buildings have been added over time.

The enhancement of the surrounding area is the main theme of the project, which transpires through a new building emphasising the essence of the context and generating a natural interaction with the surrounding landscape. The new accommodating building finds the perfect balance between congruity and harmony with the context, thanks to a minimal intervention, essentially like acupuncture. The new structure is a compact and precise element that fits among the existing structures, thus occupying a portion of land already compromised from a naturalistic point of view. The insertion of the modern building draws inspiration from several characteristics of the preexisting ephemeral structures, for instance prefabrication, modularity and constructive simplicity, enhanced by the use of typical local materials such as wood.
The natural gradient of the terrain is met by a concrete base which contains all the services and infrastructure at disposition to the various sportsmen and women.

The plinth emerges from the ground, creating the restaurant’s large terrace, with a down sloping stairway providing direct access to the parking area, dividing the main structured entrance. On this concrete base sits the wooden accommodative structure, which houses the reception on the ground floor, the bar, kitchens and two restaurant and refectory areas which, thanks to a system of modular and movable walls, can be disposed to form a large space for special events. All the rooms on the first floor are arranged according to a regular and precise module, optimising management of the different types of utilities, with a clear but flexible distinction between “quality”  and “quantity”. The head of the building is reinforced in its expression towards the Lucomagno road, thanks to an additional floor that houses the SPA.

The building distinguishes itself through its spatial modularity and structural rationality developed around the 4.6-meter-wide room module. This system allows an extreme rationalization of the construction, reduced to a few basic elements that make up the supporting structure, prefabricated in the workshop and then quickly assembled on site. The use of wood as a construction material guarantees excellent environmental and energy characteristics, improving the general sustainability of the new settlement. The dry construction can be easily disassembled and the wood disposed of and reused without ecological consequences.
_