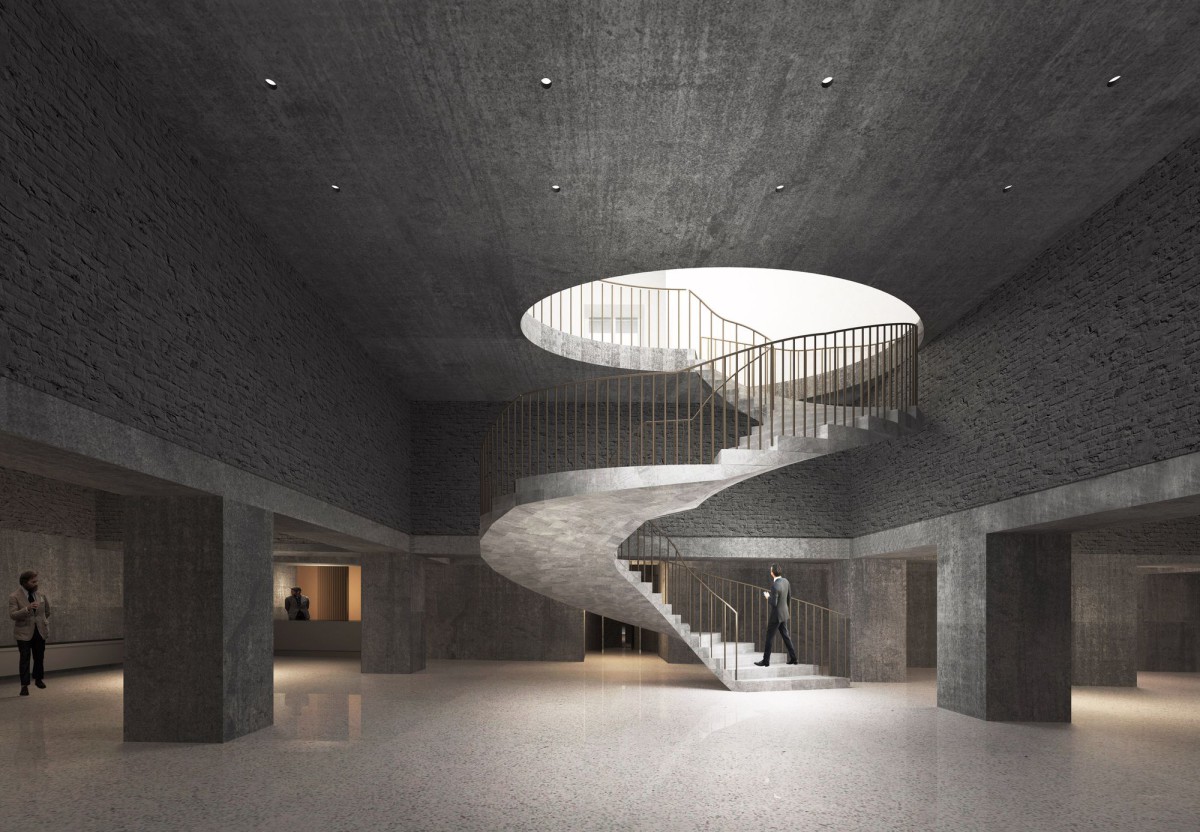 The project is located in Lublin, Poland in a historical Palace of Lubomirski Family dating back to the XVI century. It was originally designed by Tylman van Gameren, later changed by Enrico Marconi in the XIX century. It is currently a protected monument of architecture.

The palace presents a vivid history and was a witness to several important historical events. It was originally built as a manor house and afterwards got redesigned by Tylman van Gameren into a one floor palace. Afterwards it got destroyed by a fire. twice. Following the second one in got rebuilt and redesigned by Enrico Marconi in 1829.

The palace is located on the Lithuanian Square in Lublin which is the a very representative place on the map of Lublin. It is of essential value and influence for this part of the old town. After several reconstructions a current urban setting does not promote the public function of the palace. Since 1945 it has been used by the Maria Curie-Sklodowska University and did not contribute strongly to the public life on the square. The competition is expected to be a turning point in the history of the palace and is going to make it an active cultural centre.

The planned museum’s holdings include diverse historical artifacts related to the history of the Eastern Borderlands in Poland. They date from medieval times until the XX century. The rich exhibition includes historical documents, art, militaria, costumes, instruments etc. The museum plans to be a commemoration to the history of that region and it’s borders which were often chaning across the centuries. It is also going to be a center of a cultural exchange between Poland and neighbouring countries. The aim of this new institution is to promote the knowledge about Eastern Borderlands and all topics related to it. This region has given Poland some most influential writers, artists, musicians which are crucial for the understanding of polish history.

The new museum needs more space then a palace has to offer now. The program of the competition required restoration and an underground extension of the palace. The expanded basement is expected to house a temporary exposition and a conference hall. There will be a permanent exhibition on the ground floor and the first floor. A half of the ground floor is occupied by a museum’s shop, a little restaurant and a library. There will be two public terraces on tops of two towers providing a view over the old town of Lublin.

The main idea for the exhibition was to create a visitor’s path around the whole building without passing twice by the same room. The visitors’ route starts in the
central foyer with an existing staircase. The permanent exhibition starts on the first floor and continues following the longitudinal axis of the palace. After passing by a sequence of diverse rooms one goes down with the staircase in the eastern tower. Exhibitions continues on the ground floor. At the end visitors arrive in the main foyer. From there one can go down to the temporary exhibition in the underground using new elliptical staircase.

Creating a new basement under a historical monument presents a serious technical difficulty. The challenge was also to escape the rigour of the existing structure and create an formally independent, new system. It should not recall the typology of upper floors. The solution was to create a raster of concrete pillars inserted underneath the foundation. The foundation walls rest on massive beams which are spanned between pillars. The whole structure is made of reinforced concrete in order to provide a homogeneous space and underline the importance of the structure.
_