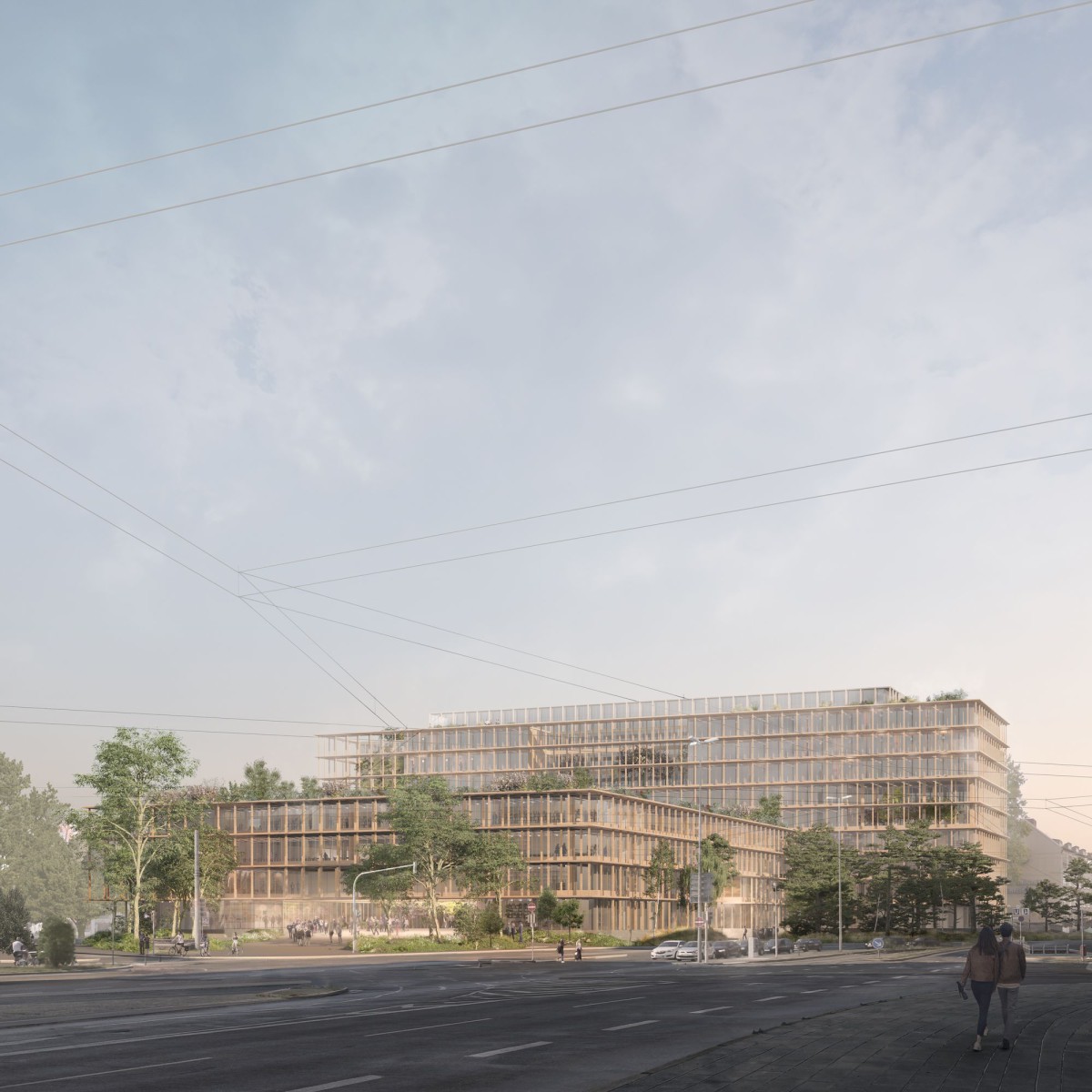 Carmody Groarke, in collaboration with Riehle+Assoziierte, has won First Prize in a competition to develop a new campus for the Evangelical Lutheran Church in Bavaria, located close to the historic city centre of Nuremberg, Germany.

The project renovates and extends a derelict 1960s brutalist office building, and comprises 38,000m2 of mixed development, including two independent theological colleges, regional administration and
congressional facilities for the synod of Bavaria, a 100-room student hostel, a nursery and a public chapel.

The existing tower and podium building results from the extensive post-war reconstruction of Nuremberg and marks an abrupt urban and architectural change in character from the immediately adjacent medieval walled city. The imposing form and architecture of the existing buildings currently appear un-inviting and impenetrable to building users and passers-by.

The concept opens up the city-block by placing a new public square at the heart of the composition, linked with new pedestrian routes through the perimeter, presenting the Church to the surrounding city as an outward-facing and welcoming institution.

The image and environmental performance of the original tower and podium building will be transformed by replacing the dilapidated precast-concrete wall panels with new lightweight timber structures, horizontally extending the useable area of the existing building by 10,000m2
_