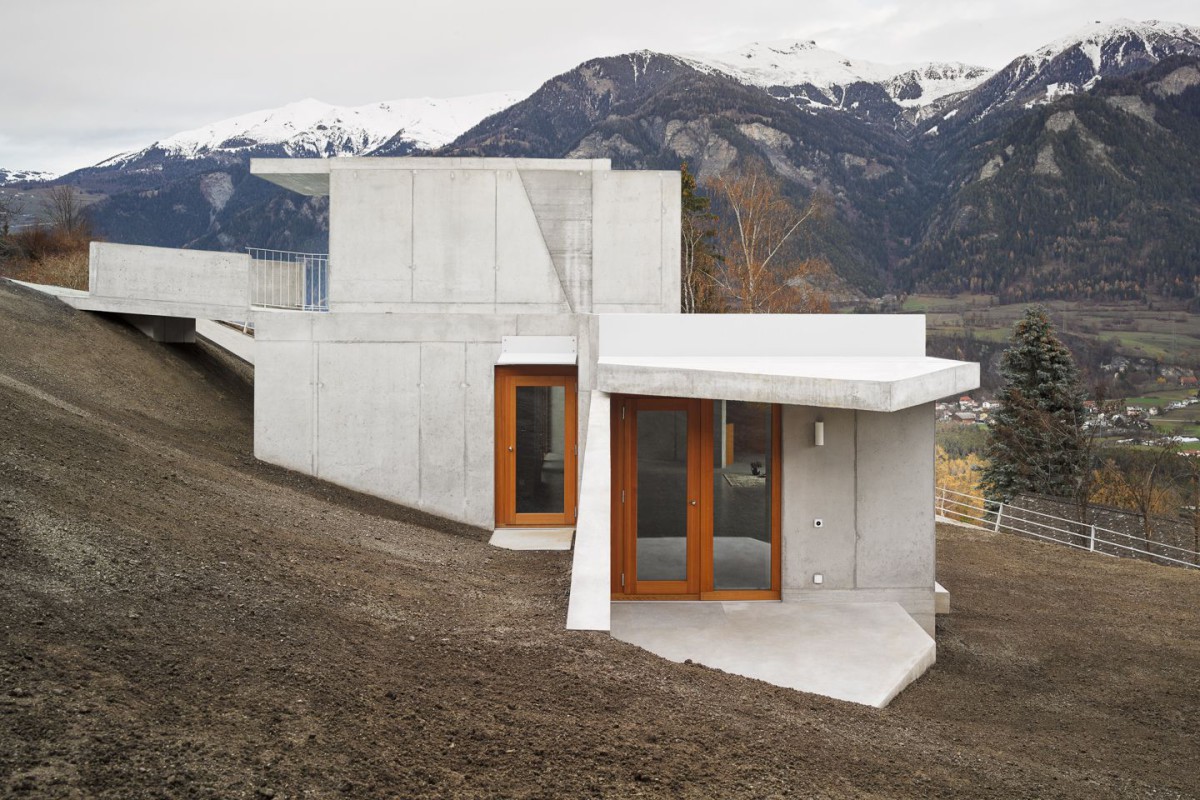 The private house is built for one person in Thusis in the canton of Grisons. It is located on a plateau bounded by an upper and a lower embankment. Seen from below, the building is 24 meters long and single-floored in the garden; in contrast, a small roof appears in front of the opposite mountain backdrop from above. In the garden, walls connect the building with the topography, implying a larger space.

The structure consists of a column, two walls and four corners made of light grey concrete, which together form a whole. The two walls run parallel to the trapezoidal plot and, together with the column, support the roof. The exposed concrete was created on site, the surface of the ground sanded or hammered. The ceiling runs continuously from the inside to the outside, whereby an outstanding roof up to 3.40 meters protects the terrace.

The interiors appear larger than they are built. Two walls form a central, triangular entrance space and order the ground floor into three rooms; they connect it to one space and at the same time divide the floor plan into three rooms: the living room, the kitchen and the private area. These rooms are connected at their ends by floor to ceiling windows infinitely with the landscape.
_

One thought on “Angela Deuber”