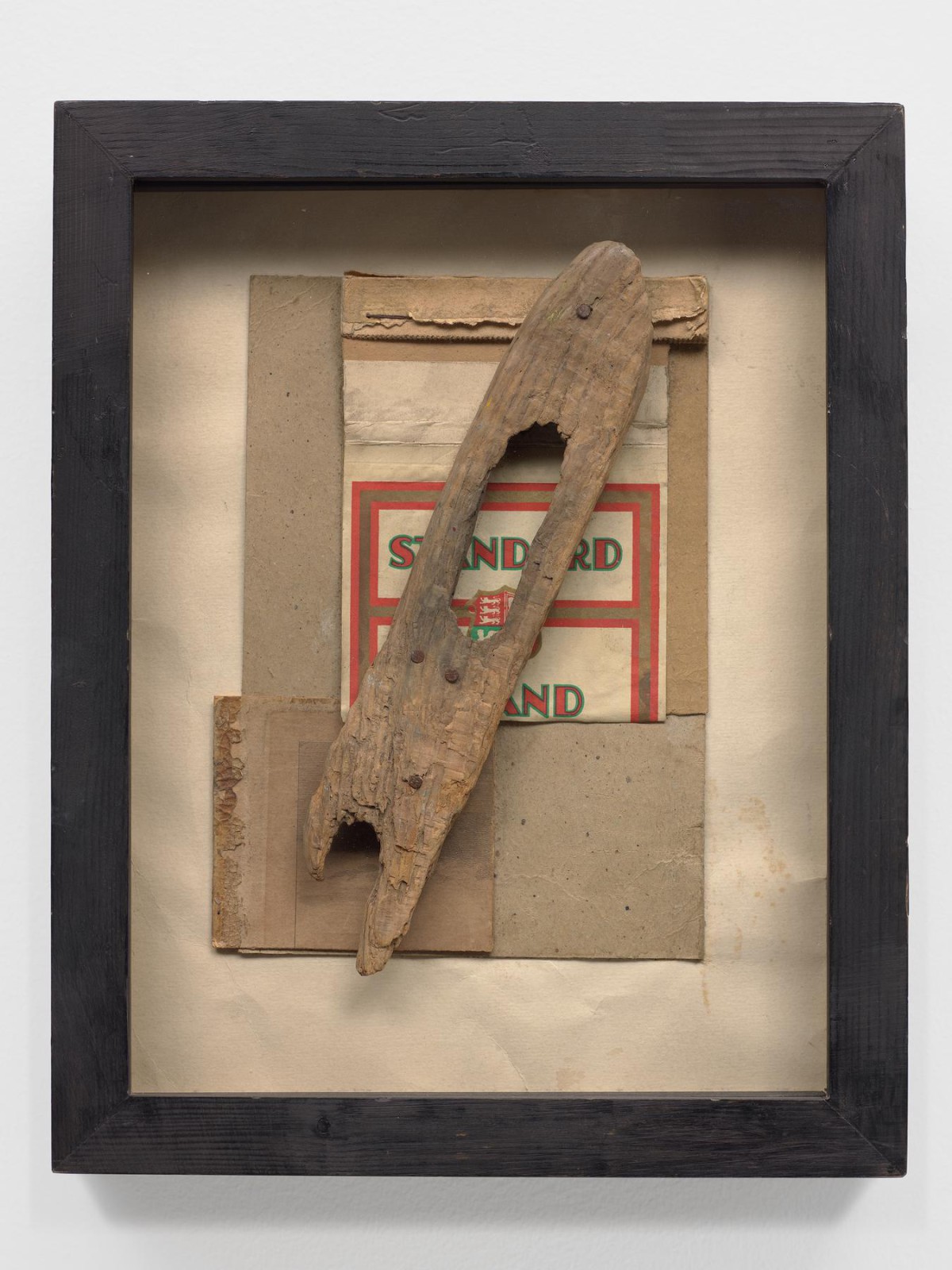 Associated with the rise of European Dadaism, a movement rooted in the defiance of bourgeois art conventions, German artist Kurt Schwitters (1887–1948) unearthed poetic beauty amid the discards of a broken society. Beginning in 1918 in the wake of the First World War, the artist assembled collages out of trash—ranging from receipts and bus tickets to labels and stamps—found in Hannover’s war-torn streets. In an attempt to reconcile with the destruction of the old-world order and the debris of a modern, industrial, war-torn Europe, Schwitters championed a complete reevaluation of material values. He used the banal as his medium to defy the boundary between fine art and everyday objects. Schwitters uniquely referred to these works as “Merz,” a term he derived from the German word “kommerz” (commerce), visible in an appropriated advertisement from one of his early collages.
Nahmad Contemporary
_