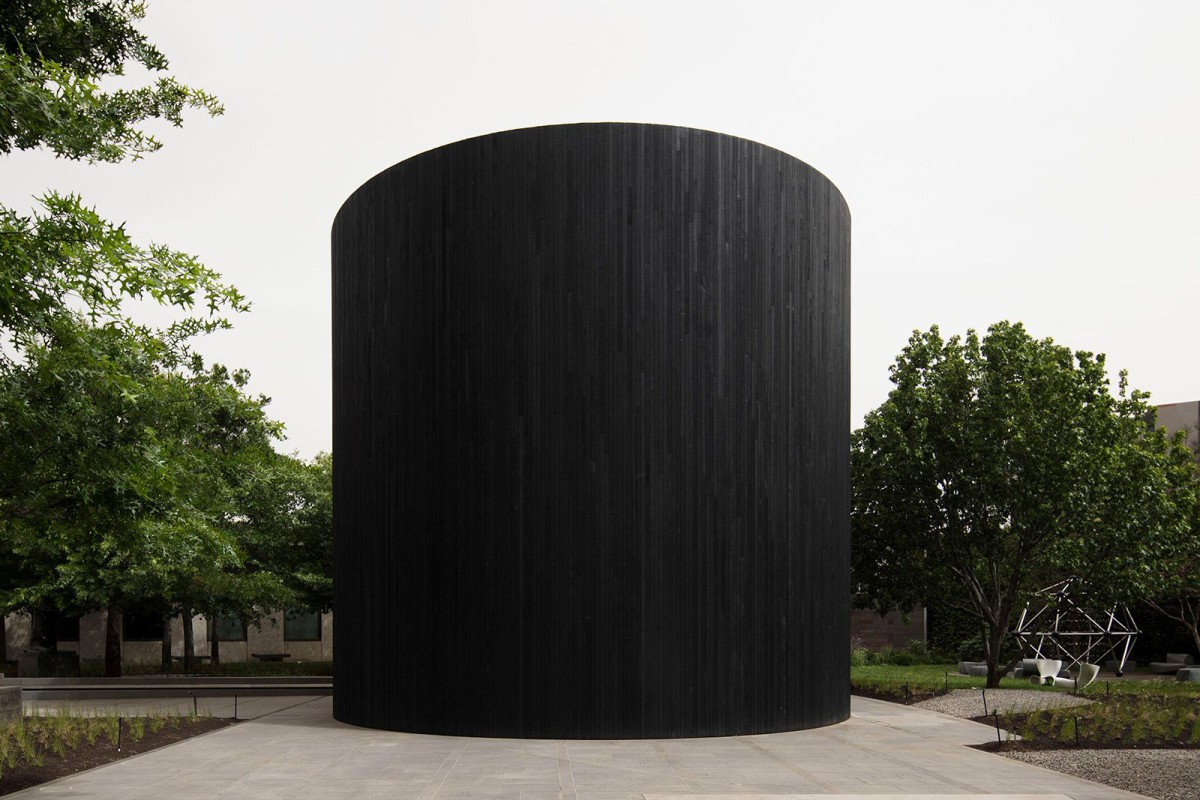 In Absence is an architectural installation that invites audiences to better understand the fallacy of the premise of Terra Nullius, which declared Australia as an emptiness awaiting ownership, by revealing and celebrating over 3000 generations of Indigenous design, industry and agriculture.
The form of the 9-metre-high timber tower evokes the design of traditional eel traps that channelled water flows to enable large-scale sustainable food production. A vertical aperture into the tower lures visitors inwards along a slender path towards twin ‘C’ shaped inner chambers, the form and scale of which are reminiscent of traditional permanent homes, part of multiple and extensive villages and communities. The dark inner chambers are also intended to reference the charred and richly scented insides of towering old trees that were used to smoke eels for preservation and trade.

The internal voids of the tower are adorned with 1600 hand-blown black glass murnong (yams) Intended by Yhonnie Scarce to represent oil from fish or eels, water, medicinal sap from trees, fish and leeches, and the metaphorical mapping of waterways and stars. A landscape of Kangaroo grass, murnong and basalt surrounding the tower, referencing to long traditions of tool making, construction, and extensive and sophisticated agricultural production.
In Absence uses contemporary architectural strategies (site, program, structure, material), combined with the semiotic potential of architecture, art and landscape to reveal resonant stories, and by doing so to reject the systematic denial, destruction and erasure of Aboriginal design, agriculture and engineering as part of a colonial strategy to legitimise dispossession.
Drawn from a nation field of proposals, In Absence is the fifth NGV Architecture Commission, an ongoing initiative to commission, through open national competitions, temporary works of thought-provoking and immersive architecture.