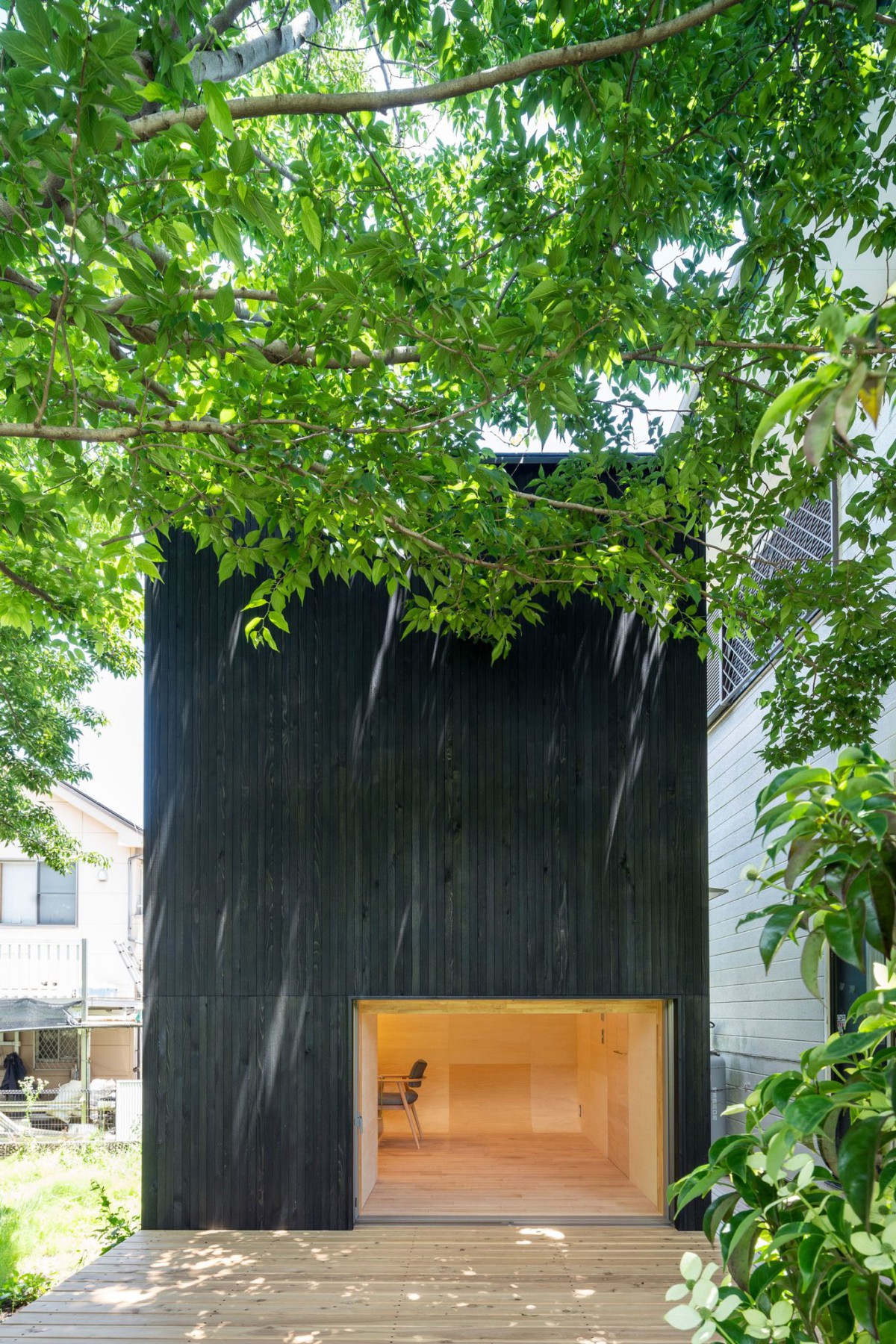 This is a small detached room designed for an owner who is an IT engineer to focus on his work and study.
The only thing he needs for his work is his laptop, and he wants the space just as an empty shelter.
​
The site is near Shakujii Park in Tokyo, where is full of naturel and with rich history. Ruins of the Jomon Era of Japan have been excavated out just 50m away from the site.
But the land between the site and such rich nature has been the vacant land for decades. Those lands are owned by the local municipality for the future expansion of the park, but no specific project plan has been released yet. Our project site is located in the middle of such vacant lands.

The theme of the project is derived from such the conditions. Our design aims to create a space where the owner can focus on his work, and reconnect himself to this rich environment at the same time.

We have created a space like a tunnel which runs three-dimensionally from West to North facade of the building.
‘A space like a tunnel’ means ‘a space constructed with plane and curved surface, and connected to the outside at both ends.’ By dealing with two openings and internal surfaces, we tried to connect this small building to the vast surrounding environment.
On the West end, a low-height sweep-out window is introduced. When the owner sits on the floor leaning against the curved wall on the East side, he gets the framed view towards the ruins and the forest beyond the vacant land.
On the North end, a fixed window is introduced at 4m height from the floor level. The curved surface with large curvature diffuses the gentle skylight from the North side into the inside of the tunnel.

As a result, the space has got the quality of intimacy by the envelopment of the surfaces, as well as of connectivity to the external environment.​

The entire facade of the building is covered by black painted rough-hewn Japanese cedar timber which is usually used for furring strips.

This creates the texture which merges into the woods of the park.
_