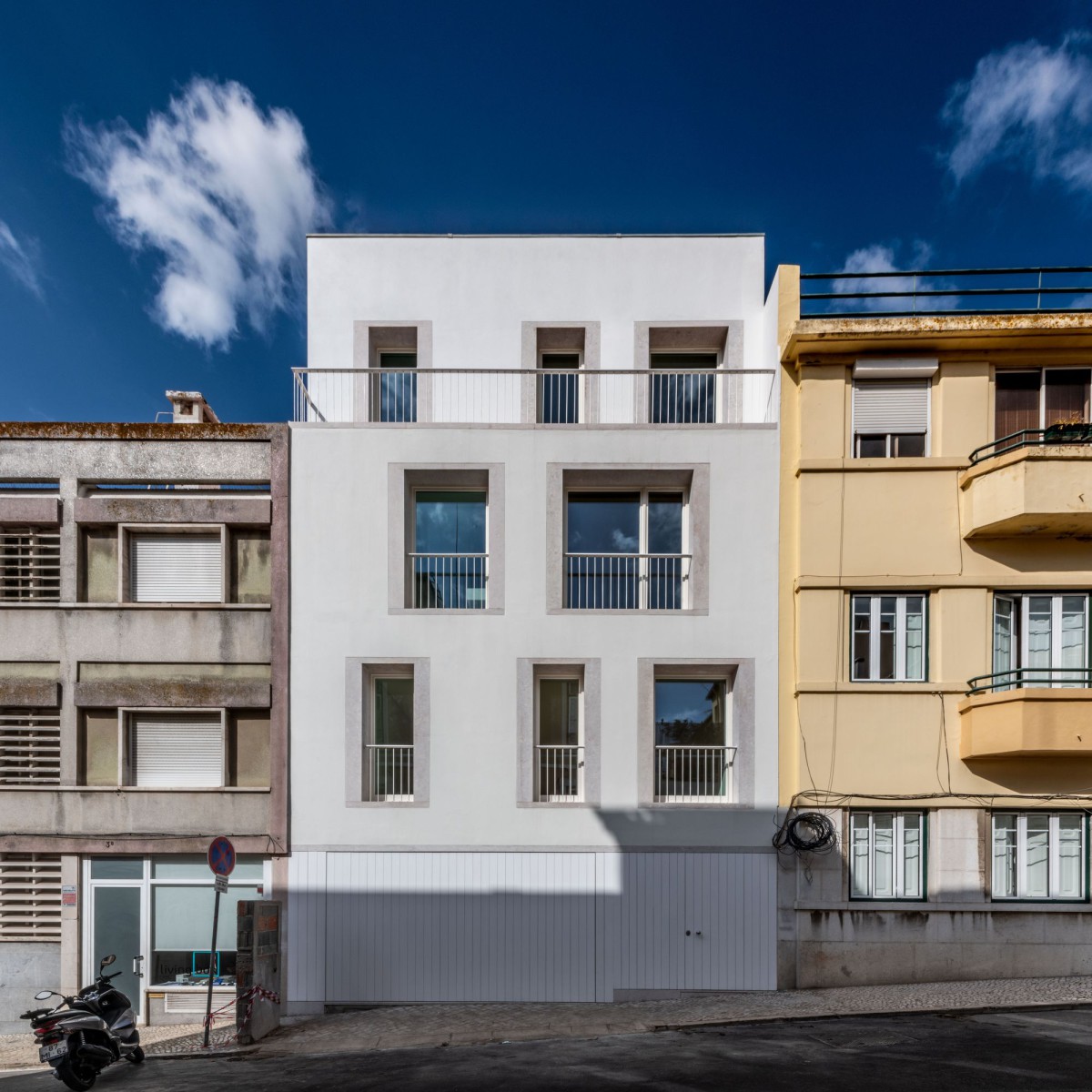 The deep plot is located in one of Lisbon’s most rich and intriguing historical districts which includes a mélange of 18th- and 19th-century buildings in addition to some relevant city landmarks. Designed and built as part of the Marquis of Pombal masterplan following the 1755 earthquake, the Amoreiras garden is marked by the impressive arches of the 18th- century Aguas Livres aqueduct which ends at the vast reservoir Mãe d’Água.

Other landmarks include the former Royal Silk Manufacture (Fábrica das Sedas) located across the street from the plot, converted into a contemporary art museum to host the collection of Portuguese painter Vieira da Silva. On the plot itself, the existing 20th-century building that occupied the plot was demolished, both because it state of dilapidation and absence of historical relevance. The new building is a 4-storey townhouse plus attic with 3 apartments, garage and backyard. The building originally was devised by a family that wanted to accommodate both the parents and their two unmarried children next to them. The whole ensemble all been devised to endure and accommodate to the evolving stages of the family’s aging process with a certain intentional domesticity. The parents ground-floor apartment is a u-shaped layout around a courtyard garden with the living room and the kitchen at opposite ends; similarly, on the 1st-floor, the parents suite faces the other bedrooms on the opposite façade. There are two more apartment units, respectively on the 2nd- and 3rd-floor, the latter being partially in an attic configuration. While the street façade has a certain restrain both in terms of composition and material presence, with receding post-and-lintel stone clad porte- fenêtres, the courtyard facades open in wide spans of aluminum sliding doors, wood painted shutters and steel handrails and echoing the vitreous character of the late 19th-century cast iron balconies of a style that became known after the “gaioleiros” contractors, loosely translated as “cage makers”. Inside, the finishing consists of solid Riga pine flooring in living room and bedroom areas, decorative cement floor tiles in entrances, circulation and wet areas.