Ungeheuer in Bereitschaft (Monsters in readiness) . 1939 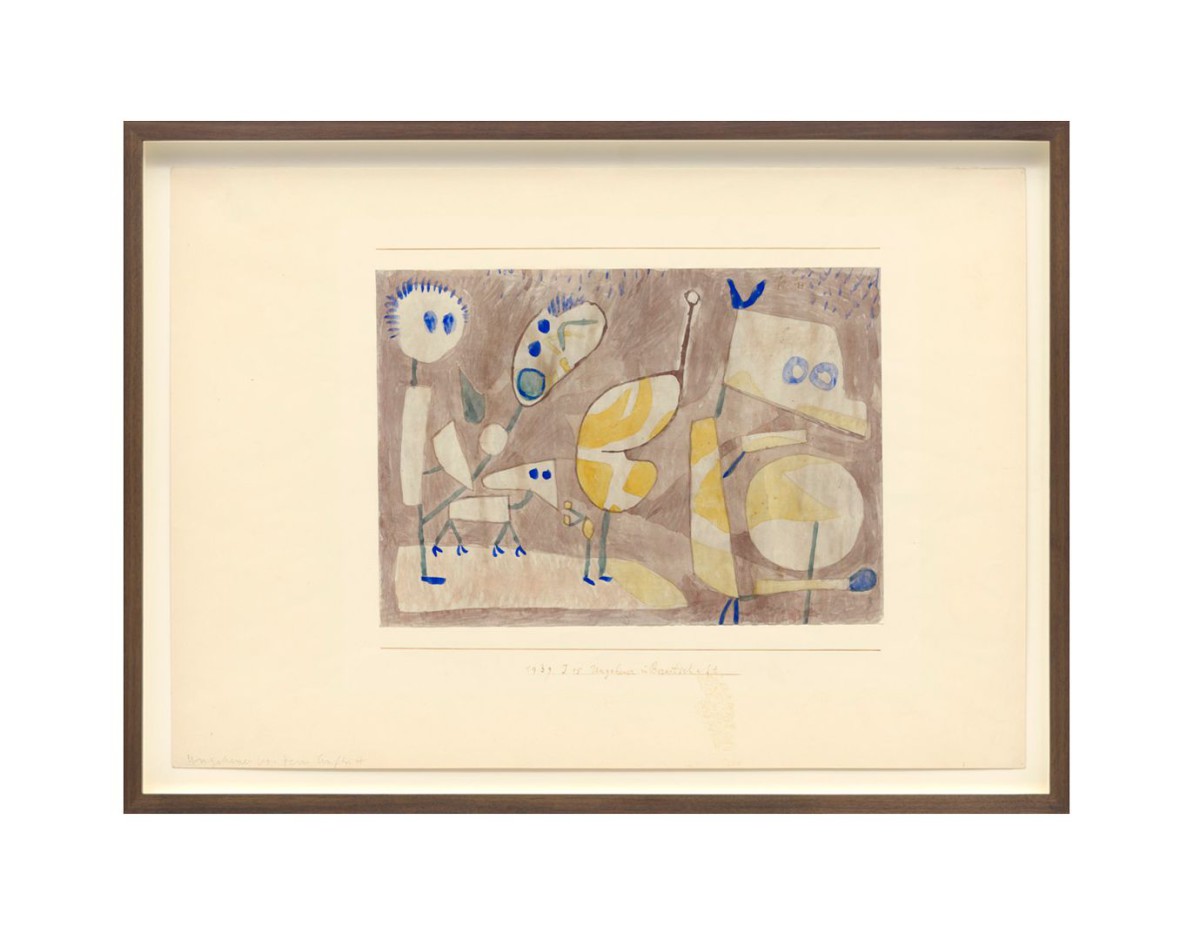 Toward the end of 1933, in response to the suppression of avant-garde art practices by the newly empowered Nazi party, Klee left Germany, where he had primarily lived since 1906, and returned to his native city of Bern, Switzerland, residing there for the remainder of his life. From 1935 until he passed away, in 1940, Klee continually struggled with illness, which at times impacted his ability to work. Yet, in 1939, against the backdrop of immense sociopolitical turmoil and the outbreak of war, Klee worked with a vigor and inventiveness that rivaled even the most productive periods from his youth.

The works on view illustrate how Klee responded to his personal difficulties and the broader social realities of the time through imagery that is at turns political, solemn, playful, humorous, and poetic. Ranging in subject matter, the works all testify to Klee’s restless drive to experiment with his forms and materials, which include adhesive, grease, oil, chalk, and watercolor, among others, resulting in surfaces that are not only visually striking, but also highly tactile and original. The novelty and ingenuity of Klee’s late works informed the art of the generation of artists that emerged after World War II, and they continue to hold relevance and allure for artists and viewers alike today.
David Zwirner
_