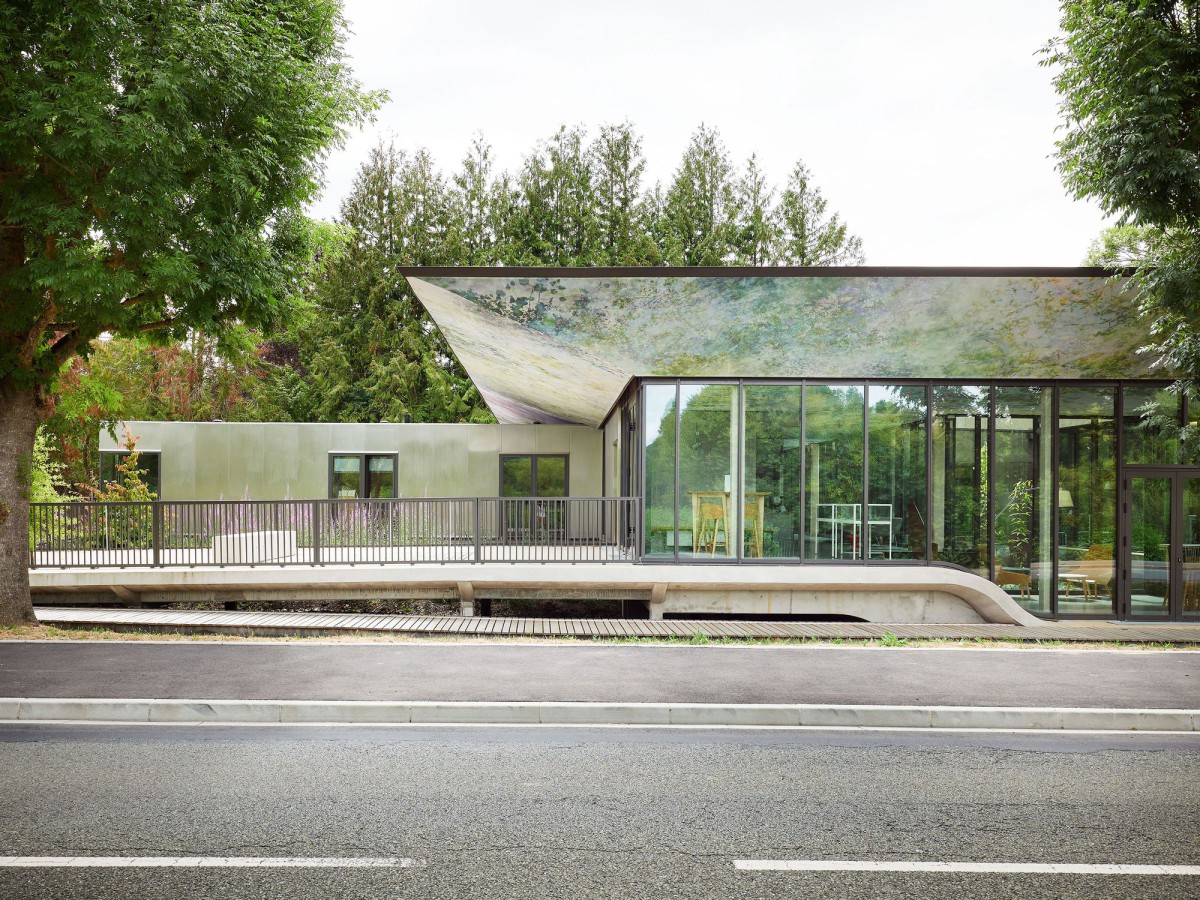 On the boardwalk that connects the medieval part of the city to the modern city center, the humble Media center stares at the horizon. Everyone is invited to enter this resourceful space open onto the exterior.

The Media center’s founding element is the landscape in which it is inserted. Placed on a frequently flooded ground it’s plan is therefore raised on stilts. The modulations of the concrete screed, which covers the ground, calls upon the passerby, nests the spectator in the agora and raises the gaze towards the horizon. Reception and consultation areas are inserted in a glass box bathed in light. Two patios have been landscaped in order to bring the vegetation into the interior spaces : an airlock allows the visitor to briefly escape to an interior landscape. On the ceiling a stretched canvas with Sparnonian heritage patterns (public art project) punctuates the spaces. By taking the wood path that leads to the city, under the awnings, the Media center floats like a lantern between two shores.
_