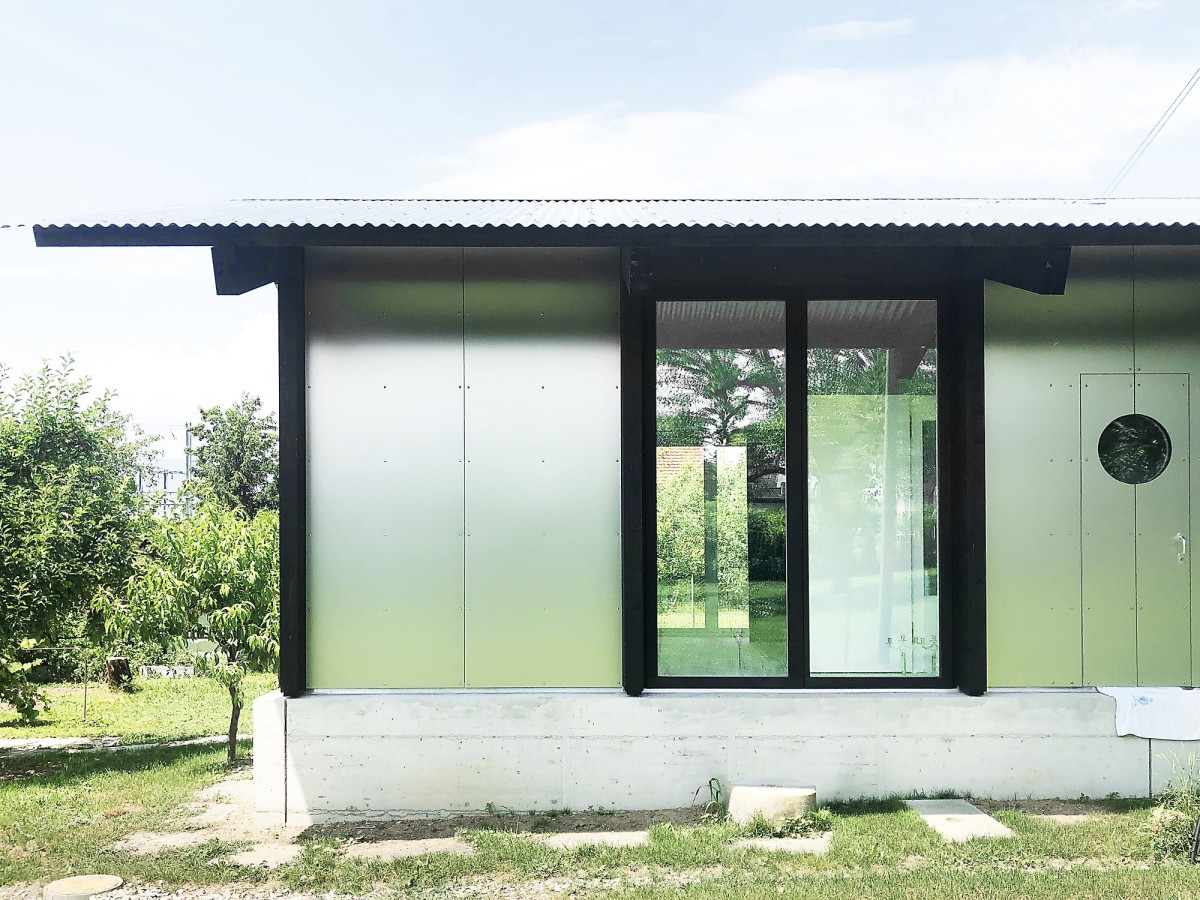 The Permanent Weekend House is an extension to a relic of the bourgeois style chalet, built in 1910, on a very long and narrow plot, in a beautiful garden outside of the city of Geneva. One of these idyllic prefabricated wooden structures, placed in a bubble of peacefulness away from the centre’s frenzy. Yet, over the last century, the growing city and related industries have slowly merged with the suburban periphery where the weekend house was built. A major train track on the south, planes regularly flying over due to the proximity of the airport, the cantonal oil reserve at the end of the street, a bunch of industries, large sport fields, and of course, a huge shopping mall.

The Permanent Weekend House intends to extract and reinforce the essence of the situation it currently finds itself in: a thin, long structure, extruding the main existing living room through the greenery, a single and long space incorporating different functions in the core of the garden, an enfilade of different programmatic places.

The thinness of the house allows its interpenetration with the garden; with all windows that can be completely opened, creating a kind of covered space in the greenery. In the Permanent Weekend House, the blurriness between inside and outside is reinforced by the facade’s regular succession of glass and aluminium planes, merging the new structure within the garden.