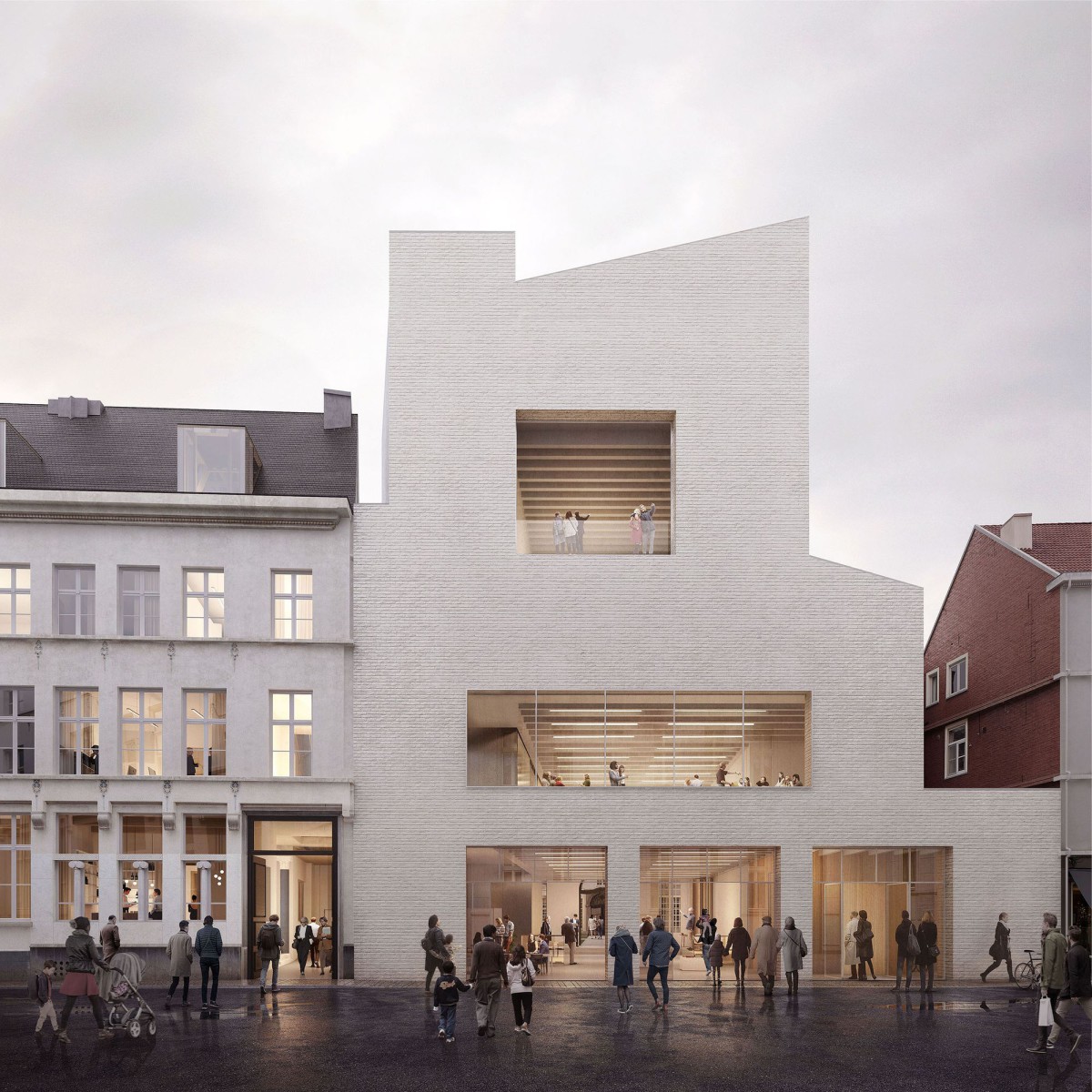 The new building for Design Museum Gent creates a distinctive new architectural figure for the city of Gent which faces outwards in all directions from its tight-grained historic context.

It is designed as a new ‘house’ which provides generous rooms at each level for exhibition, events and archiving. The house completes a gap in the set-piece of the picturesque streetscape and links the museum spaces of new and old architecture in one continuous circulation loop around the central courtyard garden for the first time. The appearance of the building at ground level is deliberately very open to encourage exploration and chance encounter of a passer-by to enter the museum and explore its collection.

The building’s characteristic form relates to rooms aligned to key views of the city and is topped with a loft gallery which connects the function of a new public living-room for the city with the ad-hoc roofscape of Gent.

The Museum, Flanders’ only museum of design, is at the heart of the city’s historical centre. Its infrastructure comprises three buildings: Hotel de Coninck, an 18th-century town mansion; a wing built in 1992; and Leten House with a 16th-century core. The new extension is located on the piece of residual land and is intended to complete the puzzle that this complex of buildings forms: the new wing will be the final piece of the museum, will link together the existing buildings and will function both independently and as part of the museum.
_