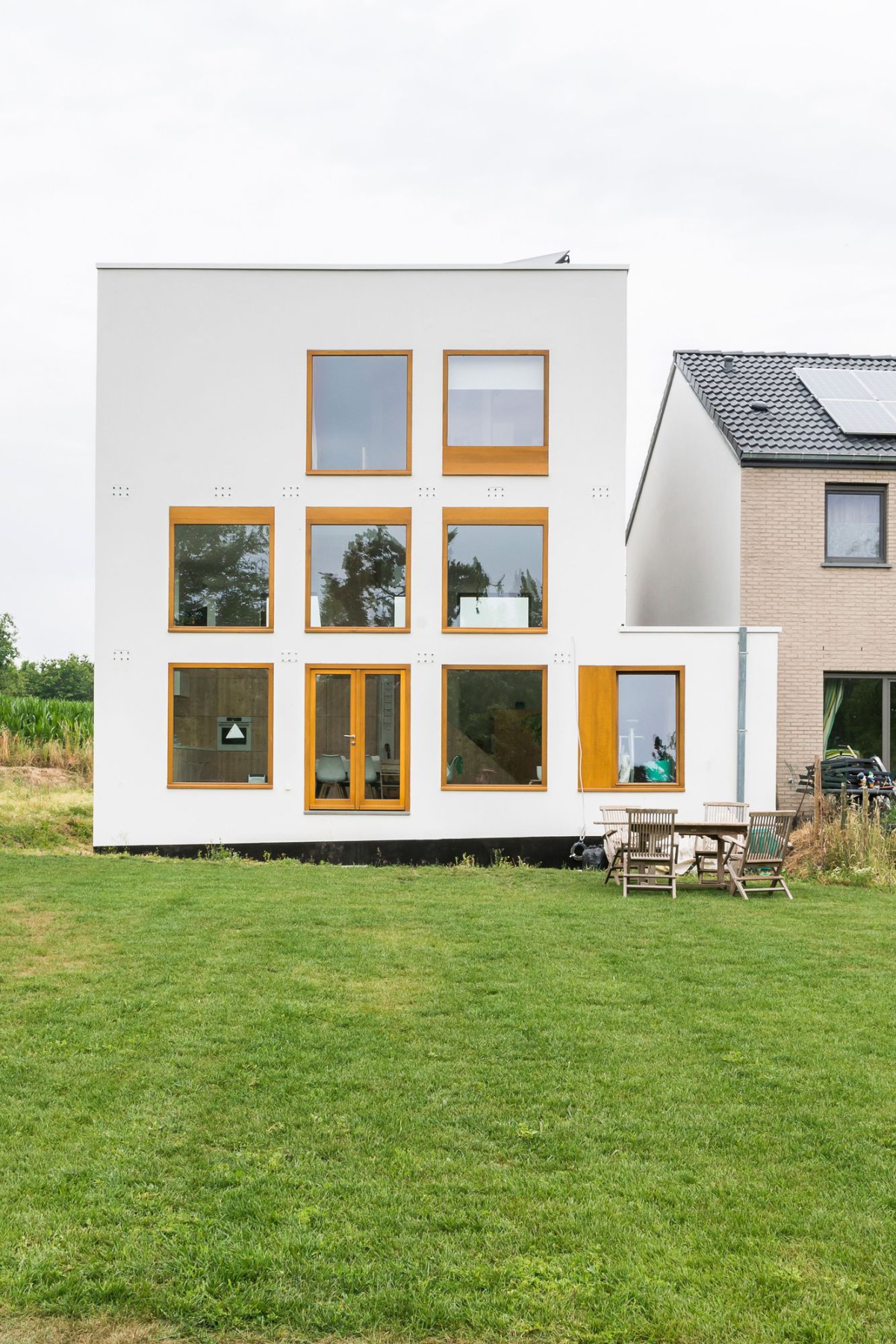 The basic rectangular volume of Stichelen house stands on a gentle slope in the Flemish countryside.

The facade references the austerity of the exterior of the Loosian villa, while the building’s interior derives from the generosity of its raumplan.

The windows are distributed in three layers, across the two storeys, making the scale of the building interestingly elusive. The rhythmical and identical perforations give the house a feeling of lightness and openness, perceived both from the outside and the inside of the house.

The living space is organised around the central staircase, which cuts through the double height open space, dividing it into four equal quadrants. The program is distributed along these quadrants in gradually mounting levels of privacy, with kitchen and dining on the groundfloor, a study space on the generous landing and a sitting area on the mezzanine. The upper floor hosts a master bedroom with ensuite bathroom, stretched along the east side window gallery, while the three children’s rooms enjoy afternoon sun.
_