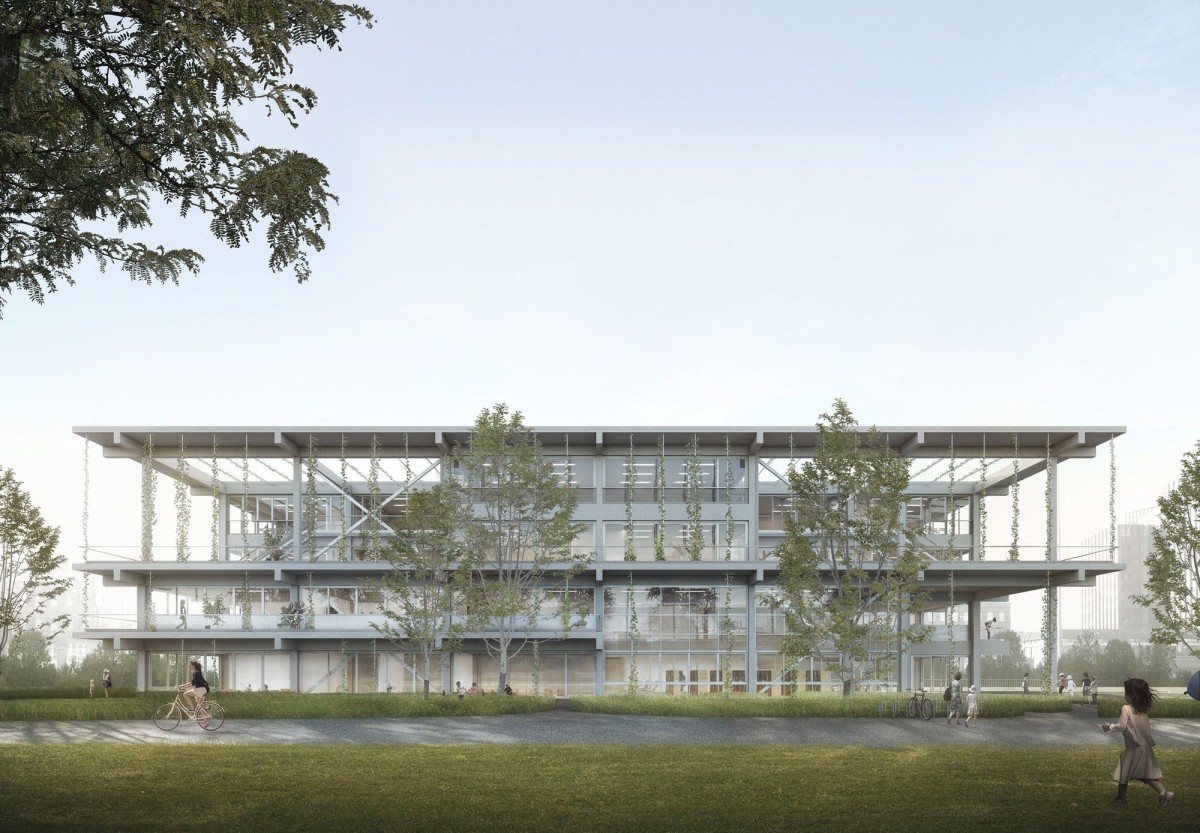 The competition for a new primary school addresses the expanding residential district to the north of Zurich. Anticipating further growth in the next decades, the brief asks for 18 classrooms as well as common facilities such as a library, sports hall, and cafeteria on a site that would require a 5 to 6 story structure. More specifically, it lays out a pedagogical structure in the form of small clusters of classes, each functioning as semi-autonomous groups. Beyond the programmatic requirements, the brief had one very particular design imposition. All entries must integrate a vertical planting system into the design concept.

Unsatisfied by the seeming artifice and randomness of this last rule, the project became an opportunity to rethink the relationship of the classrooms to its environment. Returning to models such as the open-air schools in which the space of learning embraced the physical and mental health of being outdoors, the proposal saw the school as a series of platforms that blurred the boundary between inside and outside. Each cluster would open onto large outdoor terraces shielded by the vertical planting as gardens in the sky, turning a two-dimensional system of vertical planting into a three-dimensional space.

The exposed concrete structural system underscores the robust infrastructural character of the building. Prioritizing the spatial relationships, the straightforward constructive logic brings a material economy but also a robust expression that allows for future adaptation.
_