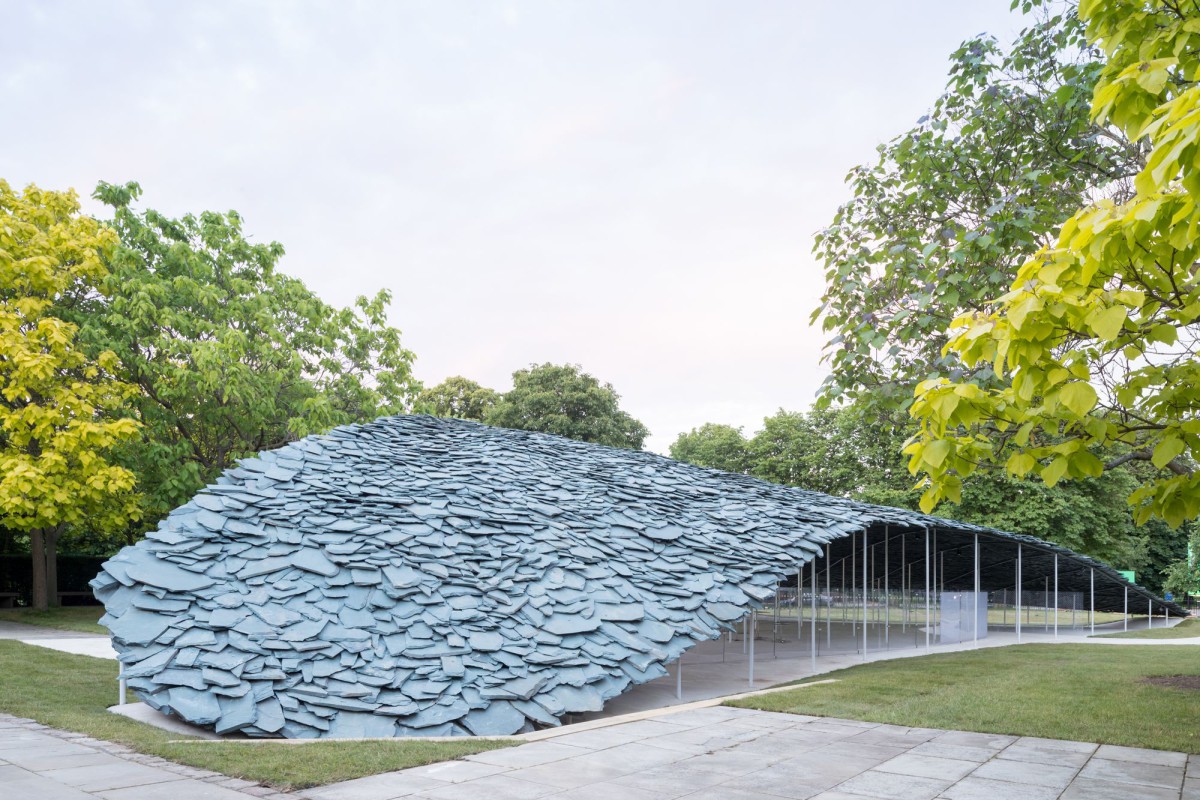 Official images by Iwan Baan released too. And below a few more images by Laurian Ghinitoiu for ArchDaily.

Ishigami’s design takes inspiration from roofs, the most common architectural feature used around the world. The design of the 2019 Serpentine Pavilion is made by arranging slates to create a single canopy roof that appears to emerge from the ground of the surrounding Park. Within, the interior of the Pavilion is an enclosed cave-like space, a refuge for contemplation. For Ishigami, the Pavilion articulates his ‘free space’ philosophy in which he seeks harmony between man-made structures and those that already exist in nature.
_


He is the nineteenth architect to accept the invitation to design a temporary Pavilion on the Serpentine Gallery’s lawn in Kensington Gardens. This pioneering commission, which began in 2000 with Zaha Hadid, has presented the first UK structures by some of the biggest names in international architecture. In recent years it has grown into a highly-anticipated showcase for emerging talent, from Frida Escobedo of Mexico to Francis Kéré of Burkina Faso and Bjarke Ingels of Denmark, whose 2016 Pavilion was the most visited architectural and design exhibition in the world.
_