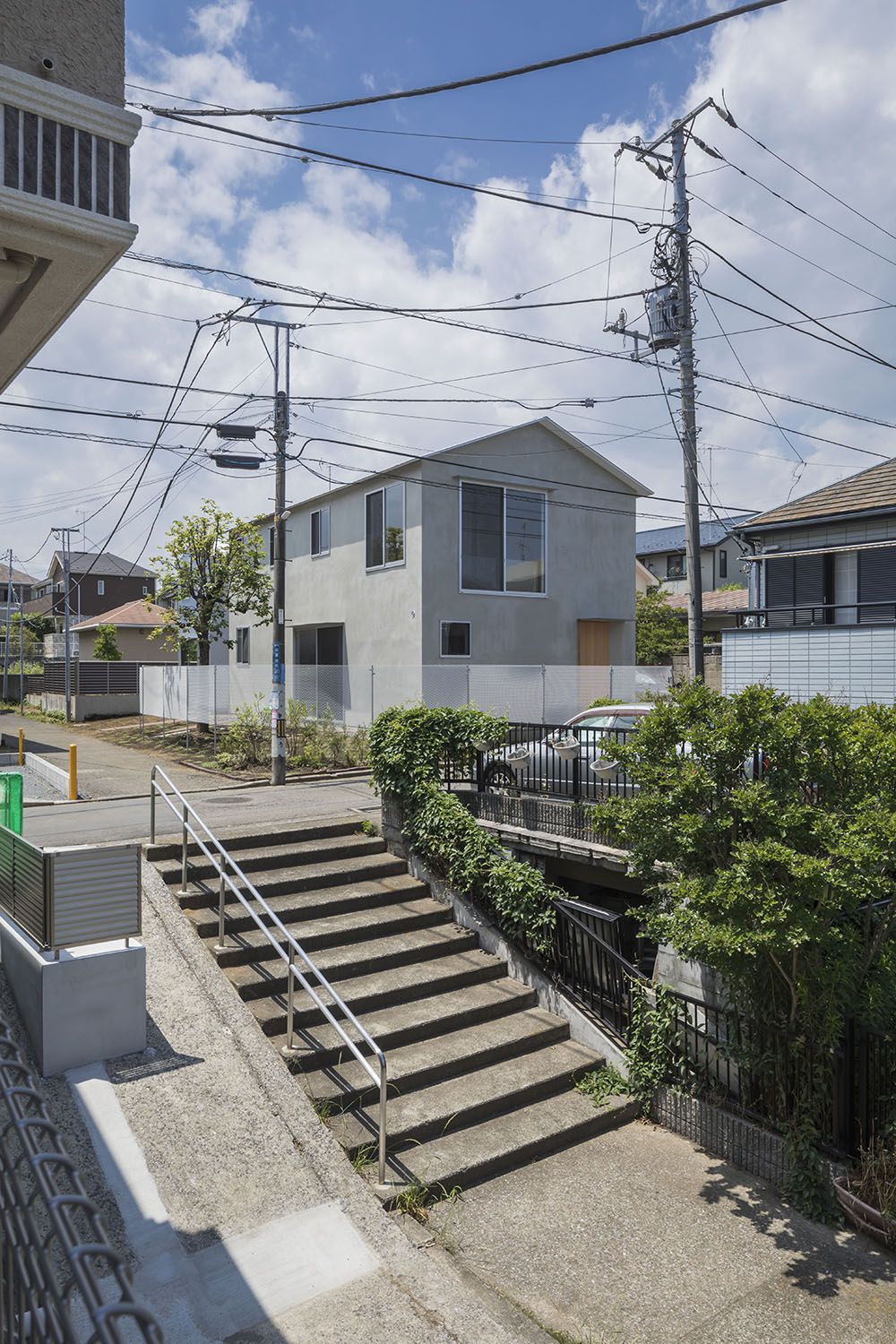 At this house – a residence designed for a family of four – it was requested that everyone in the family should be able to feel the presence of each other regardless of where they are in the house. The design is based on the fixed topography of the site at the top of a hill, and the expectation that there will not be any big changes to the quiet residential area of the surrounding in the future.

On the site there was an aging main house and a rental building; we decided to rebuild both houses using the same composition. The volumes of the gable roofs were placed with reference to the original layout and form, in order to keep the persimmon tree in the garden and to preserve the memories of the town as much as possible.

With the interior, it was essential to consider the ways to convey the signs of the family’s presence, and to design rooms that can accommodate changes in their lifestyles and in the circulation at the same time. We were able to create a good viewpoint by lining up columns, and if it is needed, adding more split-levels, towards the southeast where it opens to the direction of the sky. We also placed a large window on the second floor creating a good view for the small living room, which is also a semi-outdoor area, resulting in a casual and relaxed place that connects with the surroundings.

The competition between the exterior that follows the townscape, and the columns and beams in the interior following the topography, produce a fluctuation and depth in the space. The resonation of the two and various other elements, result in a polyphony. It is a house where a lifestyle is led by moving round and round in the rooms like a tree house; the interior bristles with columns and floors are scattered in between the spaces.
_