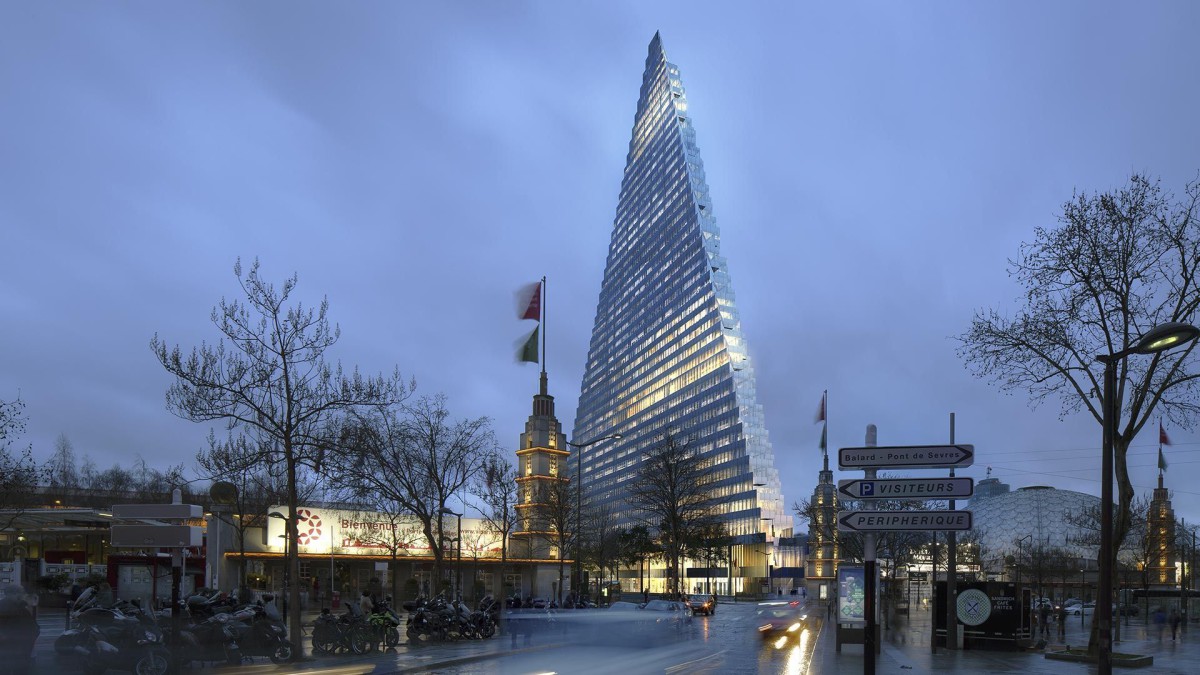 The Administrative Court of Paris has approved Paris’ first skyscraper Tour Triangle since Montparnasse in 1973.

Unveiled in 2008, the design was initially rejected in 2014, then approved in the following year, and later held up in legal limbo again, after three neighbourhood associations, SOS Paris, France Nature Environment Ile-de-France and the association for the Harmonious Development of the Porte de Versailles, moved to retract the approval. Now a municipal court has overturned the decision, ruling that complex would not affect the harmony of the local area.

Construction is expected to begin late 2019 and will be completed ahead of the Olympic Games in 2024.
_