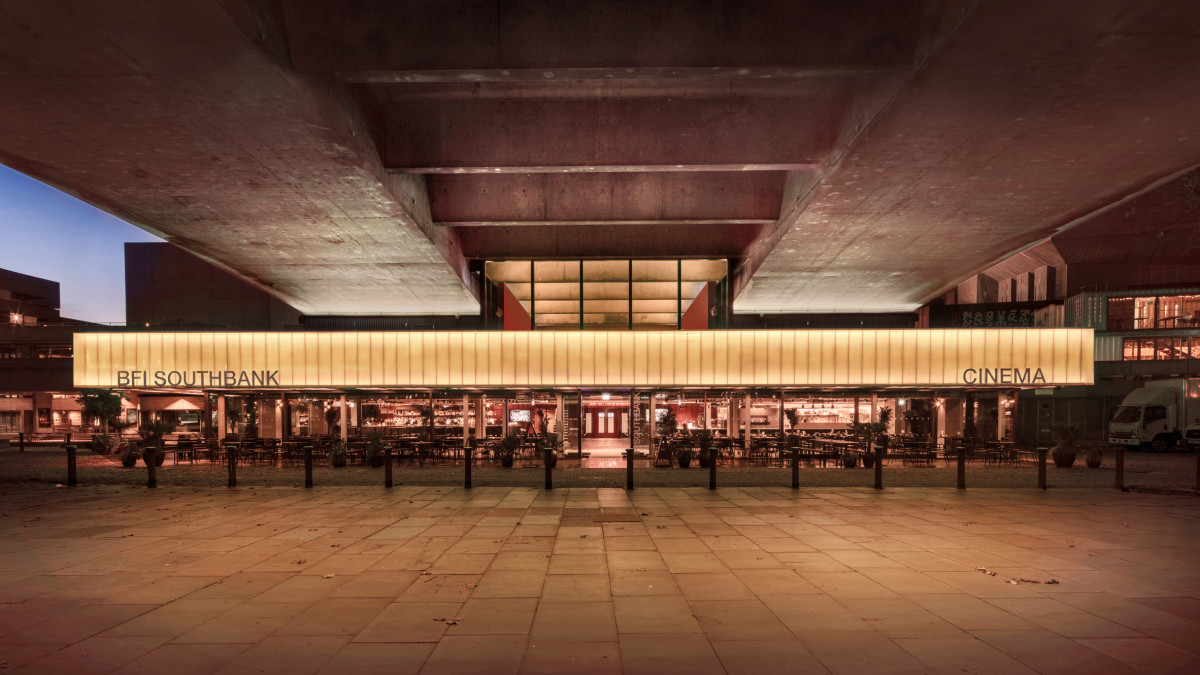 The British Film Institute (BFI) Southbank accommodates the UK’s largest independent cinema house and National Film Archive. It was originally built beneath the arches of Waterloo Bridge in the 1950s as the National Film Theatre. Its prominent location facing the River Thames benefits from the footfall of the South Bank, one of the busiest pedestrianised promenades in Europe. However, given the building’s age, the public image entrance and general circulation spaces of the entire complex are tired, outdated and poorly equipped to welcome visitors.

In the context of its legacy as one of the most important cultural venues in the UK, BFI Southbank seeks to re-establish a prominent new presence for the institution, its cinemas and major hospitality functions.

The project announces a new identity and entrance to BFI Southbank with a grand canopy which cantilevers east and west from beneath Waterloo Bridge. Maintaining the ‘caves’ of the cinemas beneath the bridge, this new pavilion becomes a landmark visible from both banks of the river and offers a generous new entrance from all sides. Simultaneously, it increases the hospitality spaces at pavement level as well as provides a new VIP room and terrace above.
_

All new architectural interventions are defined inside and out through the predominant use of highly textured, cast fibre glass. As a robust material counterpoint to the aged Brutalism of Waterloo Bridge, the main canopy intervention will deliberately be low-tech in character but will be backlit to announce its cultural presence amongst other civic event architecture on Southbank. The ground floor room will be fully glazed with sliding doors to blur the territories between the inside and the public space of the promenade. The new upper room fitted within the gigantic concrete rib structures beneath Waterloo Bridge will create a unique 350m-long, elevated vista across the Thames.

In contrast to the exterior architecture, the interior of the new rooms and throughout all the renovated public spaces will be deliberately dark and broody, heightening the atmospheric qualities of a visit to the cinema and acknowledging the arts institution’s responsibility to both sub-culture as well as high-culture.
_