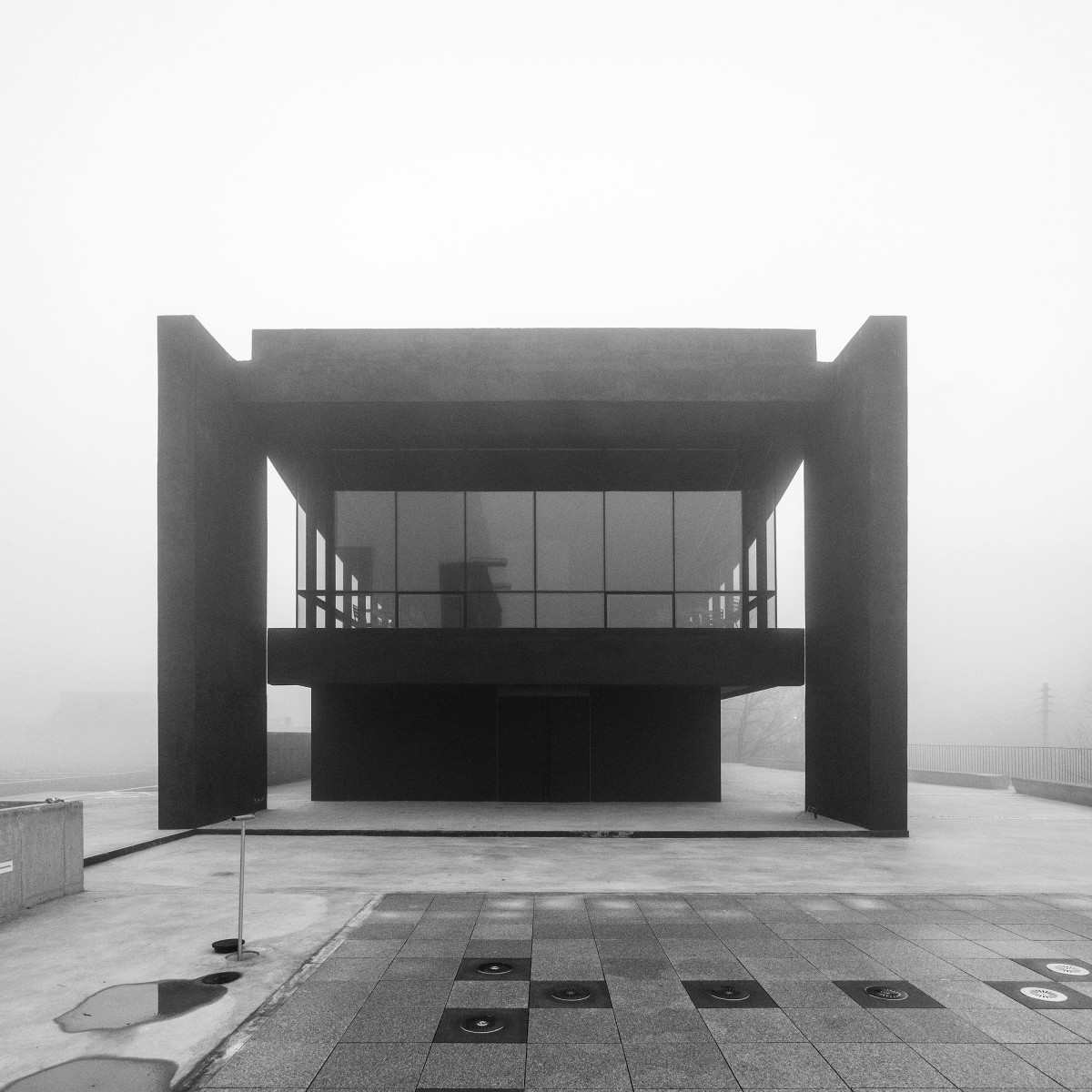 A cafe, flagship of a new coffee brand named TONN, designed by Min Workshop has opened in Yongin, South Korea. The site is located in a rural area where there are factories and warehouses sparsely. The client claims a building that contains the brand’s identity as well as accommodating 200 seats at its main hall. The inspiration of the building is derived from a sophisticated furniture. There is a concave roof that provides lightness with its visual aspect and massive materiality with black concrete simultaneously. Depending on the roof is curvilinear, the space changes its atmosphere in terms of scale even though it is an empty space. There are two architectural deceptions in the building. First, there is a 10m by 30m open space at the 2nd floor that has no columns nor walls. The roof pretends to float itself, however 52 mullions made of 12 centimeter steel assembled as H shape sustain the load. The columns at corners outside make the other deception. People assume that the columns are major factor as a structure because they are massive. In fact, they only hold up the reversed beams where the roof sit on. They are not relevant to the 2nd floor slab which barely meet at the corner. We believe that focusing rather on compounding basic architectural elements than generating a distinctive form is more effective to evoke architectural pleasure.
_