Remains Of The Bled Siba 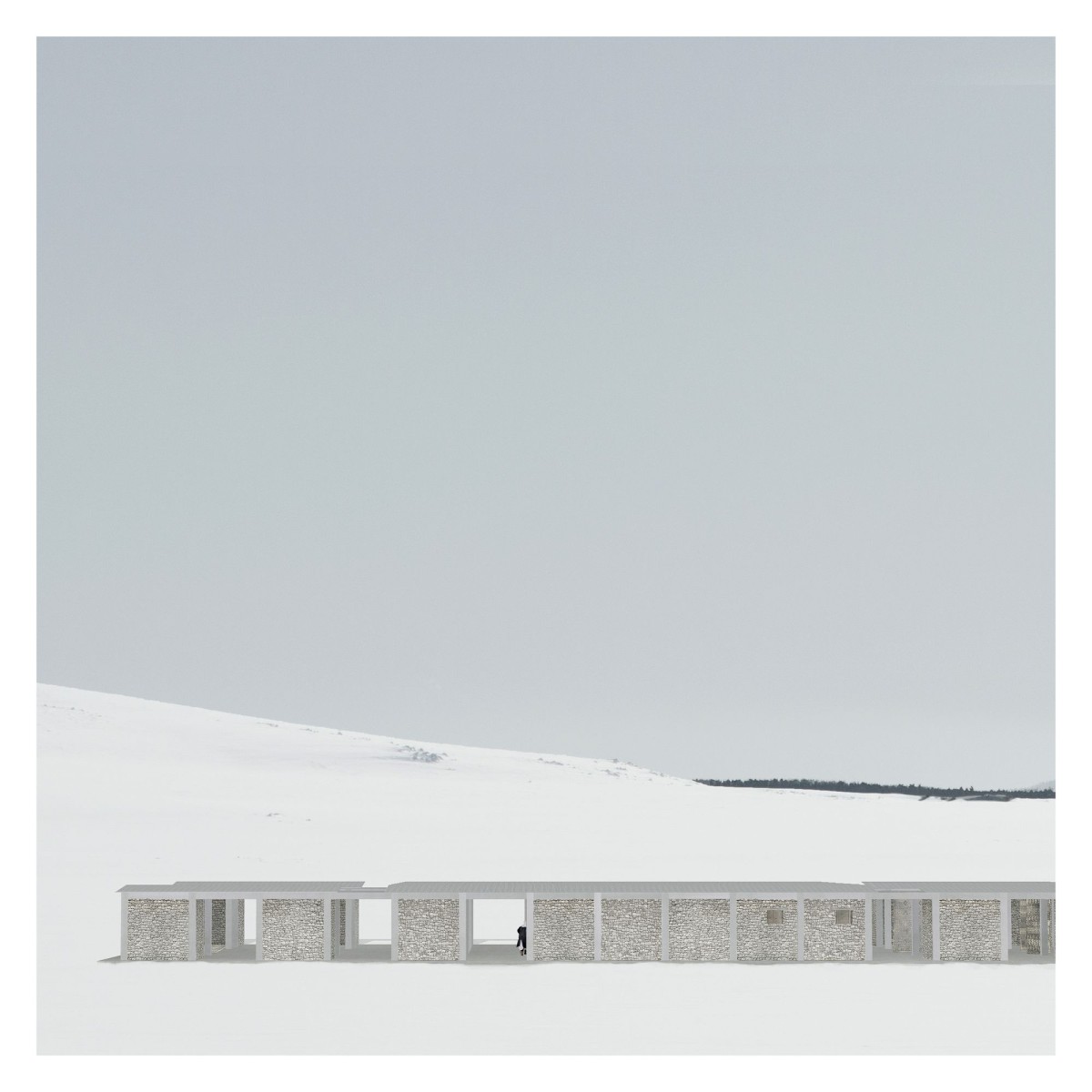 A common misconception about systems that engage in a degree of nomadism is that they do not have a sense of place. Yet, as seen in the case of the semi-nomadic pastoral systems of the Middle Atlas, the self-sustenance of communities historically relied on the notion of place and orientation, whether it is natural features, points of return, marabouts, stones or douars.

As a self-contained system encompassing the multiple aspects of the transhumant way of life, the douar has disappeared as the disruptive events of the 20th century have led to a fragmentation of the local practices. This has translated into a series of territorial enclaves and has made it more difficult for communities to engage collectively in the pastoral and social frameworks within a changing landscape.

The figure of the park for the Middle Atlas performs as a device to counter strategies of ownership and accumulation and provide an alternative to the means of production. The proposed system of the park unfolds as a network which addresses the scale of the douar. While it is no longer manifested as a seasonal agglomeration of tents of cooperating families, today the douar refers to a group of families whose members claim are of a common ancestor and kinship, at this scale -rather than an entire fraction or tribe- has relatively persevered from the nomadic era to today.

The proposal is a network of roads and constellation of small scale implemented spaces which unfold on the landscape, serviced by two seasonally enclosed strips of planted trees and cultivation of crops for summer and winter grazing at the edges of appropriated forests and cultivations.

The network – comprising or prolonging existing roads and formulating new dirt roads – aims at connecting isolated douars implemented spaces and grazing strips: the vertical roads service each fraction according to the orientation of the existing segments and horizontal roads partitioning them with a central road for congregating and upper and lower roads representing the boundaries of planting. The roads and strips are meant to articulate a system which gives a sense of orientation and enables a seasonal and alternated use of resources. The spaces include a secondary market per fraction elongated along the central road to provide assembly spaces in winter, a weaving cooperative space per douar, bivouacs for tents of individual shepherds practicing the summer transhumance to gather around, and collective granaries to store crops grown on the winter grazing strip. The frequency of use of these spaces can change according to seasons, progressing from south to north with each yearly cycle.

The intent of the proposal is to establish a collective take on the fragments of the pastoral and social practices and, ultimately, to provide an opportunity to regain forms of autonomy by taking in consideration the existing knowledge in terms of dwelling and orientation.
_