House in the Mountains . Tschiertschen 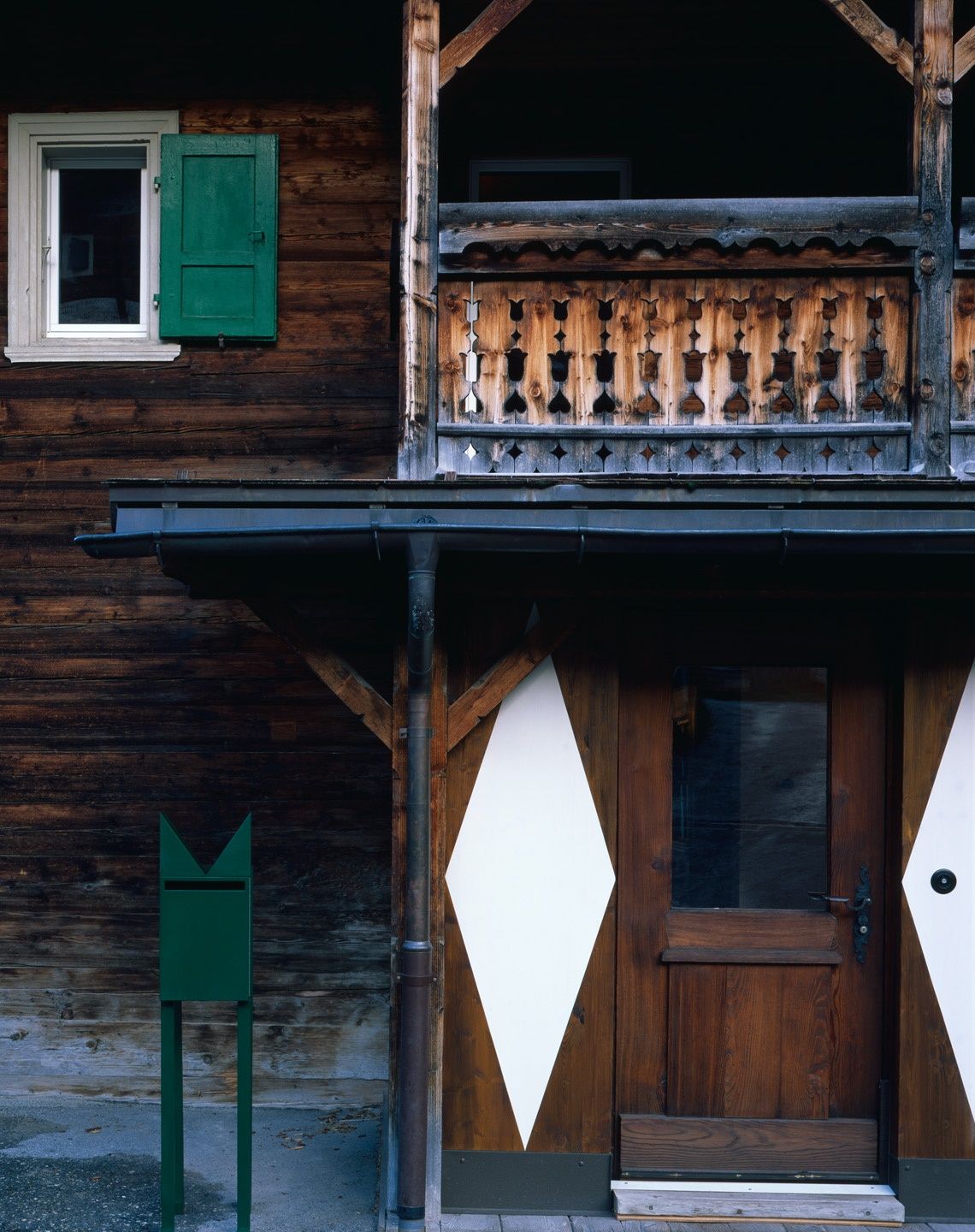 Located at the centre of a village in the Graubunden, the house for many years was the Café Engi, a simple restaurant with guest rooms. The original house is made with solid timber construction, with later additions at the rear and at roof level, which provided additional accommodation for the restaurant and hotel. Most of the old structures in Tschiertschen are made in strickbau, which translates as knitted construction; a finer assembly of square-cut logs to protect from the weather. The construction of the barns is looser, with the logs barely altered and with big gaps that allow the interiors to be well ventilated.

The house is used as a weekend home and as a venue for small exhibitions and concerts, open to locals and the wider public. The design avoids structural modifications and, instead, creates a set of interiors that address the very different qualities found within the existing structure. The ground floor, which previously had been extensively modified and where very little of the original still existed, uses colour and timber panelling to make a series of elaborate living rooms. At the rear of the house, where a later addition had been made, a double-height salon was formed as a large dining space, also used for concerts. The room looks out to the surrounding mountains in three directions, through existing window openings. On the first floor, where the original strickbau was best preserved, the wooden boards have been restored. On the top floor, where there was no strickbau construction, the wall panelling of the later hotel interior has been painted in green stripes.

Caruso St John designed the built-in furniture and the beds and bedroom cupboards; they were inspired by painted furniture made by farmers, as found in many parts of Switzerland.
_