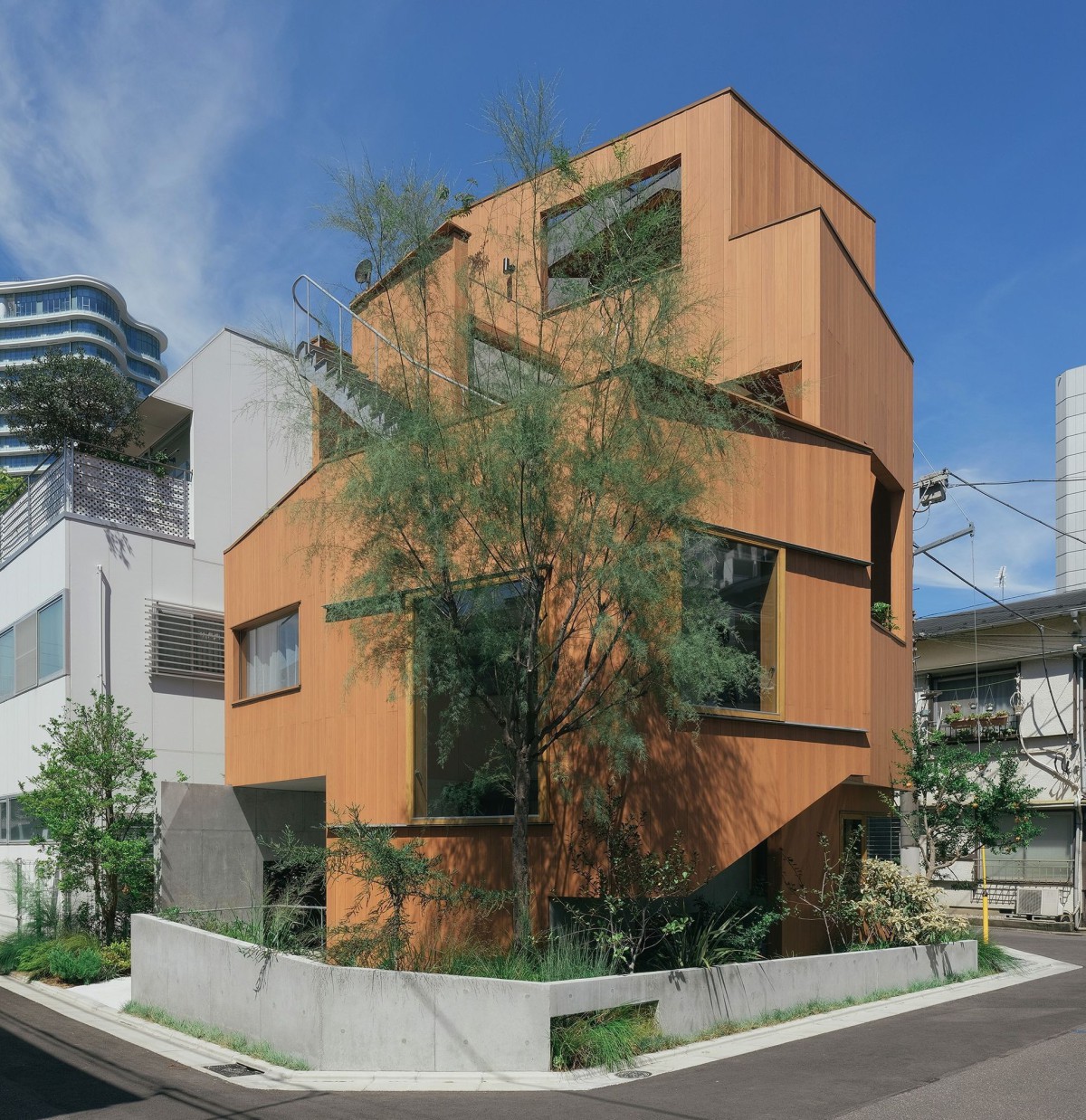 This is a house designed for a couple in Tokyo. Since the site was surrounded by streets on its three sides, we thought about incorporating the remaining street that continues from the city into the house. The street twist around the house, transforming into an outdoors stairway, a greenhouse-like terrace, a garden leading to the tea ceremony room, and continuing eventually to the rooftop. By wrapping the house with the street, we created a home that can be directly entered from the outside through seven different entryways.

When a house has many entrance, it also becomes a house with many faces. For example, guests are invited to enter from a bright entrance close to the street side, whereas if the residents were to come home alone, they would slip through a door between the walls in the back. When a group of people arrive they would climb the outdoor stairway to enter directly to the second-floor, using the large terrace with a bench as a large entrance hall. If the guest room on the third-floor were to be rented out to a friend, the small garden facing the room will become its private entry. To enter the low-lit tea ceremony room, people would use the very low and narrow entrance called nijiri-guchi across the rooftop garden.

Although it is only a single house, one approaches it differently depending on where they enter, as if they are accessing a completely different world. Beside the outdoor approaches, there are other elements inside such as an elevator that runs vertically through the floors, and stairway that passes between the narrow spaces. When traveling through the house, the indoor and outdoor experiences naturally merge into one another. With daybeds, kitchen, and a table by the window, the house became a three-dimension, city-like home dispersed with many places along its line of flow.
_