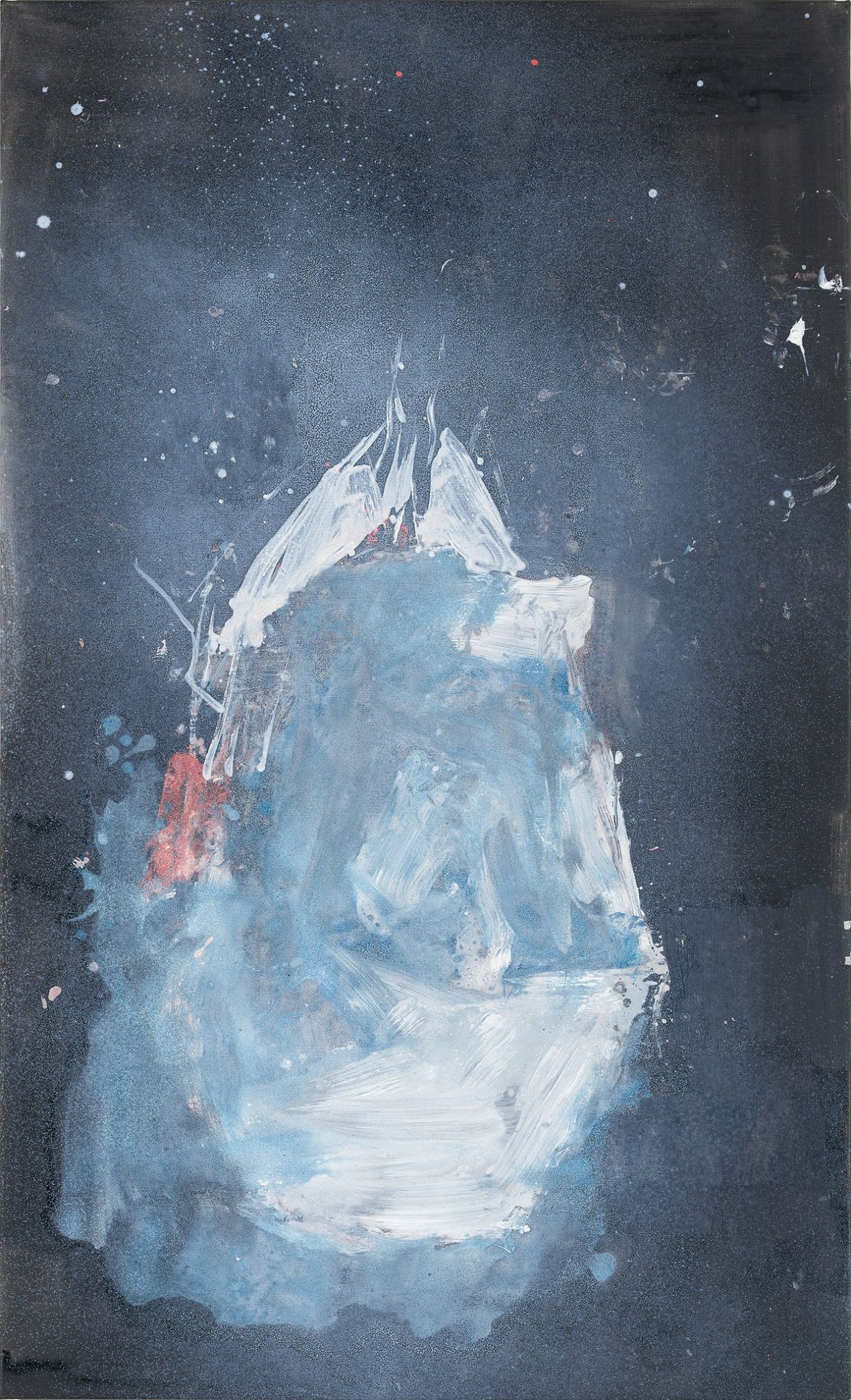 Baselitz’s interest in portraiture emerges from his fascination with memory and its inconsistencies, as well as his observation that every painting—even a portrait of another person—is the artist’s self-portrait. At the Kunstmuseum Basel, he saw Henri Rousseau’s The Muse Inspires the Poet (Marie Laurencin and Guillaume Apollinaire) (1909) and assumed that the depicted couple was Rousseau and his wife—only to discover later that the painting shows the poet Apollinaire and his muse, painter Laurencin. This realization gave rise to a new line of inquiry for Baselitz. Over the past year, he has intensified his ongoing engagement with images of the past, producing paintings and drawings based on artists’ self-portraits. As he works, in paint or ink, he recalls the effects of each portrait and captures them in his own unique style.
Gagosian
_