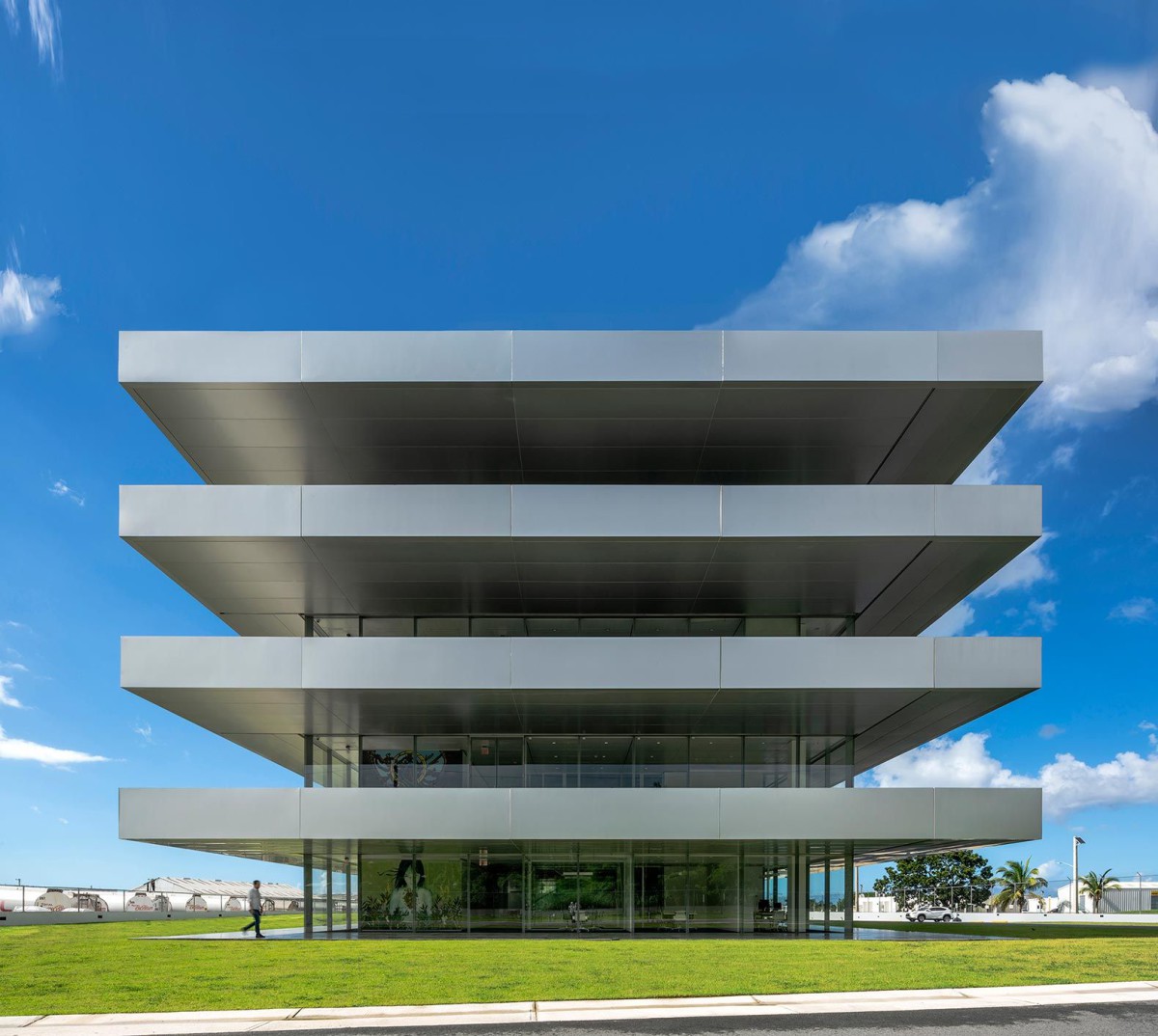 Puma Energy’s regional corporate office for the Americas is located in the southwest corner of a tank fuel terminal in Bayamon, Puerto Rico, which has been just renovated. The building is inserted as a visible element of this transformation and overlooks the road from which the access to the complex is placed.

The building is located at an intermediate point between the exuberant tropical vegetation of the Caribbean island and the industrial landscape which is strongly characterized by its influence of the United States. Systematization, regularity, repetition, and industry against nature. The building is arranged as a sieve or filters between these two realities and is located in the vertex of greater visibility of the road that faces these two landscapes. Both landscapes cross the large floating platforms making the interior invaded by this contrast.

The building is designed as a vertical sequence of four large slabs made of structural steel acting as four floating platforms. Large open and flexible spaces are available with almost no vertical structure. These platforms extend beyond the limits of the interior space creating large terraces that protect the interior from direct sunlight exposure and can be used as a setting for informal meetings. The horizontal and open space facilitates communication and exchange between users and creates a common link between them and with the surrounding landscape. This abstract arrangement of the structure forms part of the industrial landscape but letting nature in through its glazed façade.

The uses of the building are placed according to a gradient from less to higher privacy from the lower to the upper levels. According to this criterion, collective and public spaces are located in the access level, while internal uses, such as workspaces are placed on the upper levels. Communication cores are far from the center, unlike other office buildings. This arrangement allows more dynamic circulations and large open office areas with a full visual continuity, both inside and towards the outside to the fuel tank terminal and the landscape.
_